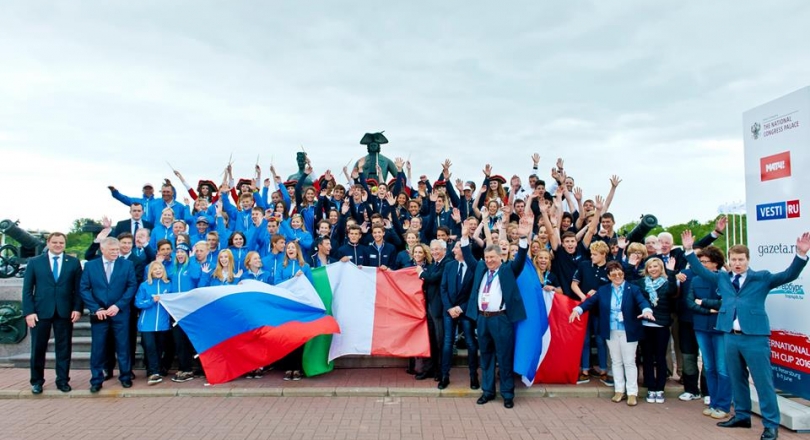 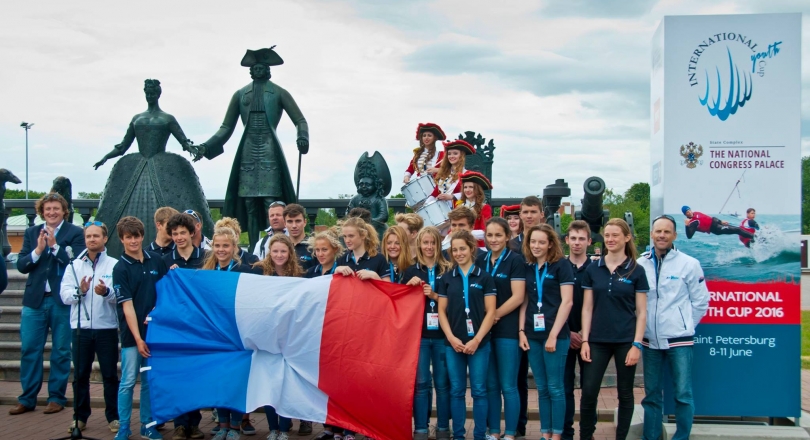 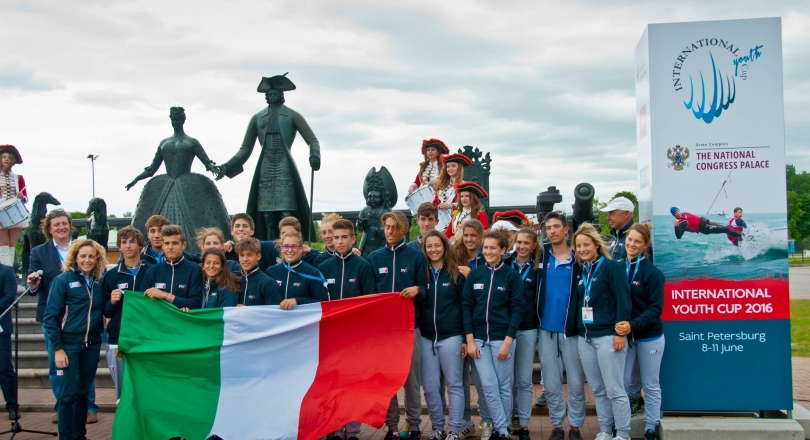 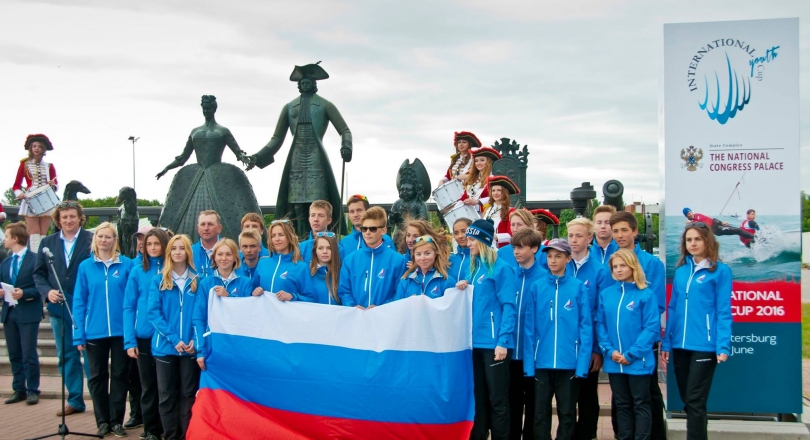 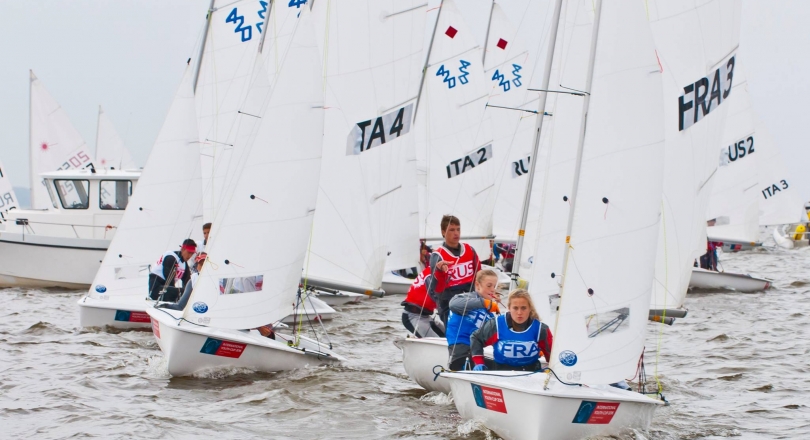 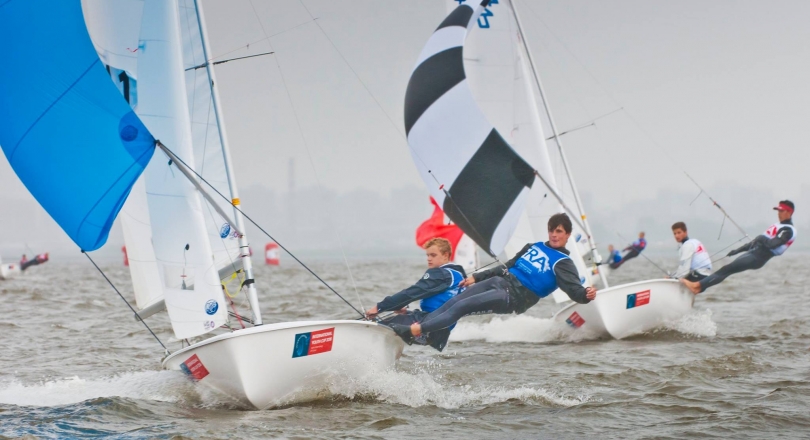 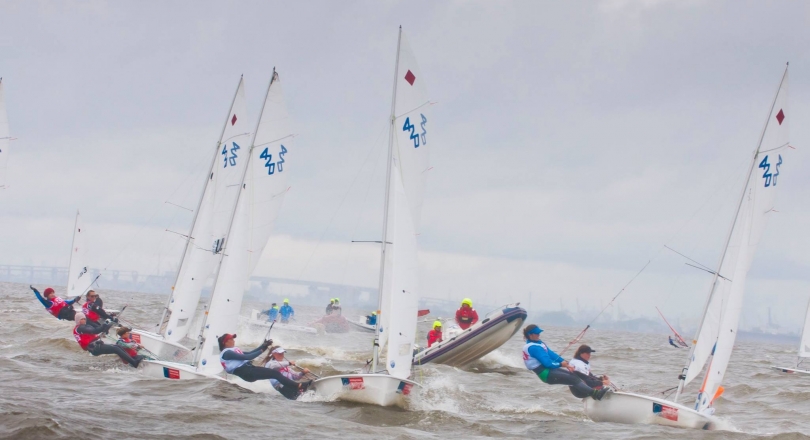 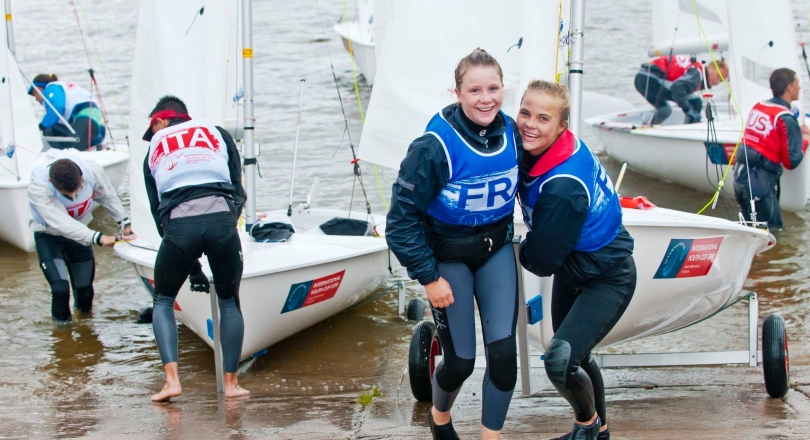 The International Youth Cup kicked off today, 8 June, in St Petersburg, Russia. More than 60 athletes, representing elite youth sailors in Russia, Italy and France, gathered in St. Petersburg to step up as the best in four youth and pathway classes to the Olympics - 420, Laser Radial, 29er and RS:X.

The Opening Ceremony took place on the morning of racing, with athletes greeted by the Head of the State Complex "Congress Palace" Sergey Eremin, followed by the national anthems of each country.

The waters off St Petersburg, Russia’s Northern capital, immediately tested sailors’ strength and ability with squally winds, low temperatures and heavy rain. The initial 6-8 knot southerly breeze, soon picked up to 12-14 knots, gusting up to 20 knots and steep waves adding to the mix.

Each nation is fielding two teams in both the boys and girls fleets. Italy took the upper hand in the 420 girls racing, as Jana Germani/Sara Zuppin wrapped up the opening day with two race wins, followed by team mates Alexandra Stalder/Silvia Speri with second place scores. Third and fourth places to the French, with fifth and sixth to Russia.

The races were tough for Russia's 420 girls, who are several years younger than their opponents. Ksenia Sarbucheva and helm Alesia Pirogova found their 420 flipped into a capsize, as the pair struggled to maintain control, explaining, "I thought it would be much better. It is really a shame that we finished the race in such a poor way. I think our crew is very light, and all the other guys are heavier and taller. Besides, the weather today was quite strong and chilly, I think only because of that we have shown such a result.”

In the 420 boys, results were split across the nations with Russia taking the early win and victory to Sergei Vorobiev/Georgiy Varkushev, whilst France's Justin Baradat/Thomas Andre claimed the race 2 win. Consistency pays though, and a solid 4,2 scorecard gave Yvon Larnicol/Colin Loirat the overall lead after day 1. Second to Italy's Edoardo Ferraro/Francesco Orlandao, who are the reigning 420 U17 World Champions, and third to Justin Baradat/Thomas Andre (FRA).

Anastsia Chernova, head of Russia's Youth Team explained the racing format, "Everyone gets a chance. Starting from this Cup, we slightly changed the format, so every class now has two pairs of boy/girl. Each and every of the 20 members of every team will participate in every race. So it will be even more interesting, because everyone can contribute to their team results."