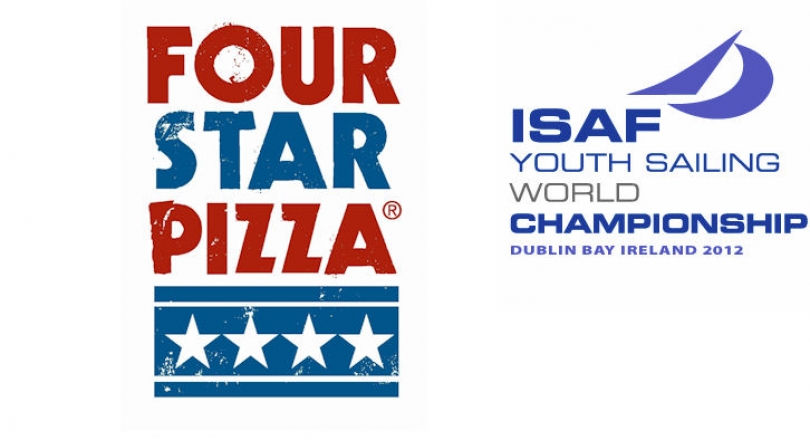 The 2012 International Sailing Federation (ISAF) Youth Sailing World Championship is delighted to announce Four Star Pizza as the title sponsor of this prestigious event which is coming to Ireland for the first time and will take place in Dublin Bay from Thursday 12th – Saturday 21st July. 400 sailors aged 16 – 19 years of age, accompanied by 150 coaches, from 60 nations representing six continents will sail in the Championship. 250 boats (including Laser Radials, 420’s, RS:X’s, SL16’s and 29ers) will be raced by these sailors. It is expected that 10 Irish sailors will qualify to take part in the Four Star Pizza ISAF Youth Sailing World Championship. Entries have already been received from twelve nations including Brazil, UK, Georgia, Denmark, US, Belgium, France, Thailand, Macedonia, Croatia, Finland and Korea. 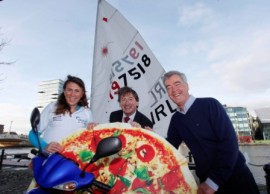 Speaking at the announcement of the sponsorship, Brian Craig, Four Star Pizza ISAF Youth Sailing World Championship Chairman said, "After a competitive bidding process, Ireland is honoured to have been chosen to host this much celebrated event which is renowned for providing the world with its first glimpse of future sailing stars. We are equally honoured to welcome a great brand like Four Star Pizza as title event sponsor. Their investment will help us enormously in promoting the event and in turn promoting the very best in youth sailing in Ireland and across the world.”

Also commenting on the sponsorship, Michael Holland, Chairman, Four Star Pizza said, “The Four Star Pizza network across Ireland which includes 37 outlets is delighted to have secured this sponsorship. This deal with help us to continue to leverage the Four Star Pizza brand which has a loyal following especially amongst 18 – 24 year olds so a partnership on a youth sailing event of this scale is a perfect fit for us. Four Star will do everything it can to support the organisers in making this a memorable and unique World Championship and making Ireland proud to have hosted it in 2012."

The ISAF Youth Sailing World Championship was first held in Sweden in 1971, has taken place every year since. The last three Championships were held in Brazil, Turkey and Croatia respectively. Throughout its history, the ISAF Youth Worlds has visited over 20 nations, covering every continent, and over 100 different nations have competed. Fifteen of the sailors who won medals at the Beijing 2008 Olympic Games are past medalists at the ISAF Youth Sailing World Championship. France is currently the most successful nation, winning the ISAF Nations Trophy on a record 10 occasions and holding a record 62 medals: 20 Gold, 27 Silver and 15 Bronze.