News Italy takes over in 420 girls at ISAF Youths 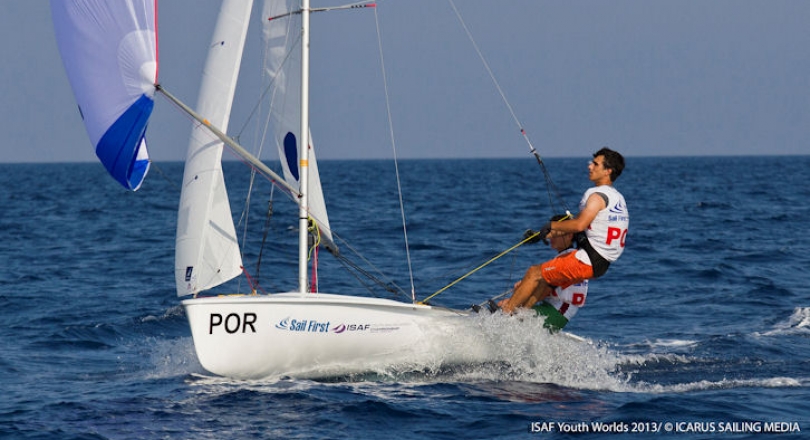 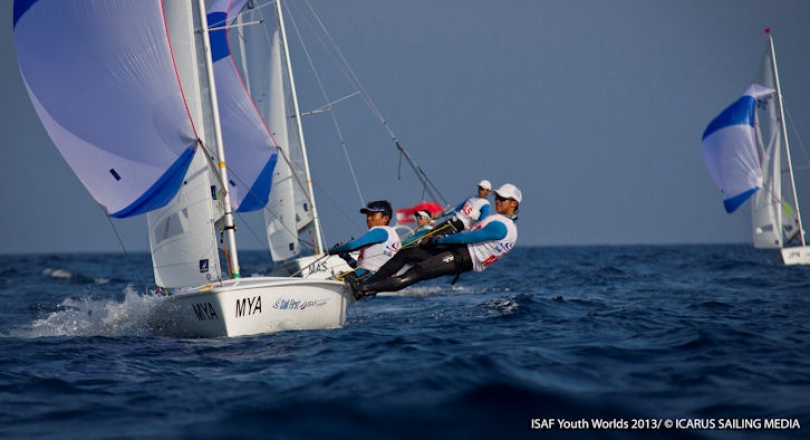 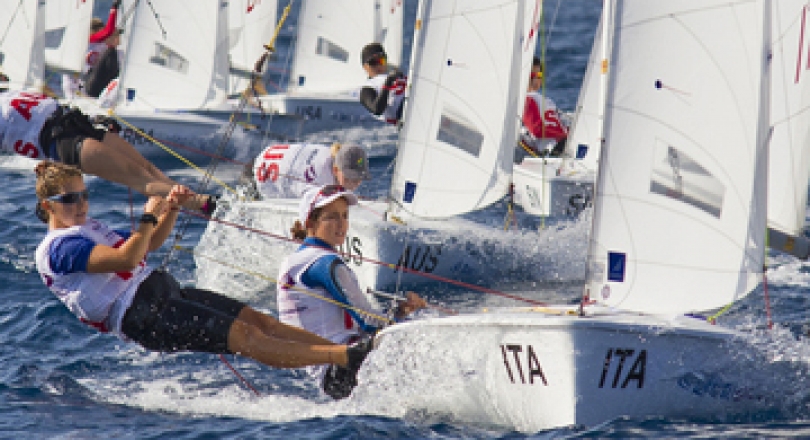 Italy takes over in 420 girls at ISAF Youths

An afternoon sea breeze kicked as 14 knots of consistent wind with gusts of up to 20 knots allowed the 351 sailors from 61 nations to complete a busy day of intense racing.

After five 420 Girls races Italy's Paternoster and di Salle have recorded three victories to sit on top of the leader board on six points with 2012 silver medallists Carrie Smith and Ella Clark following on ten points.

"Today was a beautiful day," said Paternoster, "The wind was not too strong and we got a third and a first from our races. We hope we will have a good day tomorrow and then for the next few days."

"It is a beautiful result and we are happy," added di Salle.

"The conditions on the Island are perfect, it's a little bit hot but we are drinking a lot," concluded helm Paternoster.

Chile's Nadja Horwitz and Carmina Malsh remain in contention in third place on 15 points with Singapore's Kimberly Lim and Savannah Liew a point behind in fourth.

The 420 Boys got off the water at 18:45 local time and leading the way is Portugal's Diogo Pereira and Pedro Cruz. The pair, both from Cascais started sailing together two years and after five races they lead the way.

"Today was cool," said Pereira. "In the first race we made some mistakes with the shifts but in the second race we were winning and in the last downwind our spinnaker came under the boat and we lost two places and the last race we won so it was a good day."

Brazil's Tiago Brito and Andrei Knepp are just three points behind Pereira and Cruz in second. Italy's Matteo Pilati and Michele Cecchin (ITA) are third overall but have the close company of Sam Barnett and Zak Merton (NZL) as well as Ibuki Koizumi and Tsubasa Arioka (JPN).