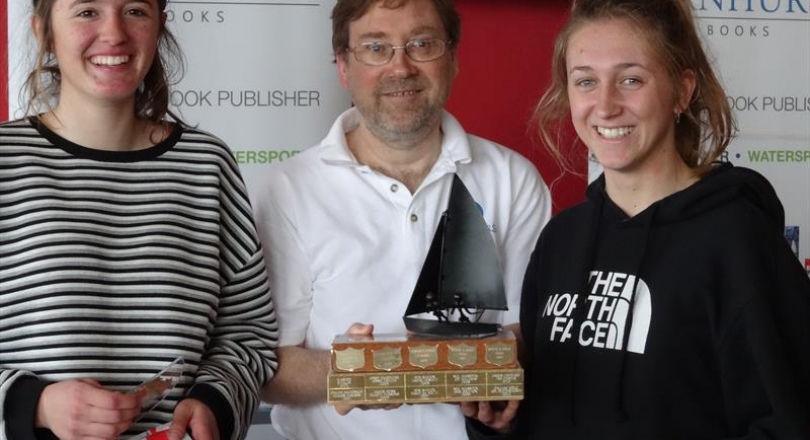 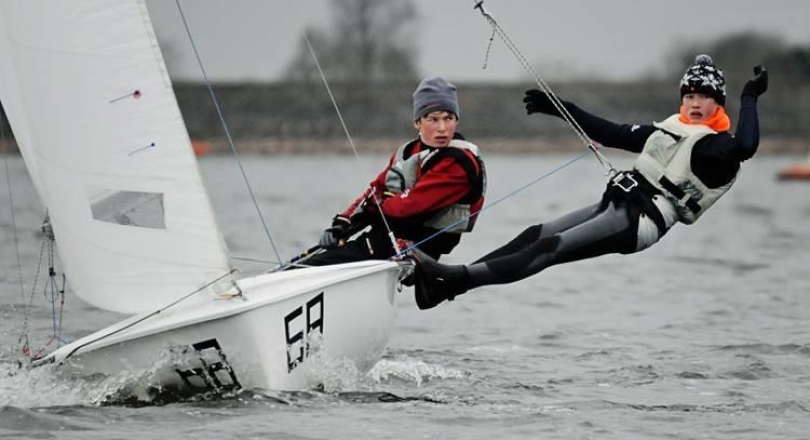 After the last weekend in Torbay it was the turn of the Midlands to host the 420 fleet. So it was off to Draycote Water for the Fernhurst Books Inland championships. I woke up on cold Saturday morning feeling absolutely awful, but after raiding the medicine cabinet managed to crawl out of bed to rig with my crew Emma Baker. Things did not improve much when we discovered we had bought the wrong boom. Fortunately Emma's Dad, Richard managed to rescue the situation with an exemplary display of the gaffer tape bodge.

Things could only get better and after a Stogg (race officer) briefing 45 boats launched into a 7-10knt NE'ly. Fighting through the shifty, patchy breeze we managed to come out on top in race one, chased home by Dan Atherton and Matt Viney. Race 2 was similar and we managed a good lead to the finish ahead of Tom Collyer and Aaron Chadwick. Race 3 honours went to Ella Bennett and Emily Gent who continued their good performance from the previous weekend, with us in 2nd and Dan and Matt continuing their form with a 3rd. The final race of the day went to our old adversaries Izzy Davies and Gemma Keers, and after an epic battle down the final run we finally stole 2nd from Vita Heathcote and Milly Boyle at Mark 3. The day was rounded off with a fleet dinner in the local pub, a very enjoyable time was had by all, topped off with an English win against the French to claim the Grand Slam.

Sunday, more raiding of the medicine cabinet, and once more onto the race course. The breeze was further to the left and lighter, shiftier, patchier. We managed to convert an easy win into a 3rd with a dreadful drop leaving the win for a charging Ella and Emily, with Vita and Milly getting their own back and taking 2nd from us.

Race 6 featured big shifts, with the race team once again doing a sterling job with the Charlie Flag, and after a tough game of snakes and ladders Izzy and Gemma came through victorious, followed by Ella and Emily and with us in 3rd. Another good result for the girls. After several valiant attempts to get the final race in Stogg decided enough was enough and sent the fleet in for prize giving.

We would like to thank Charles at RacingDinghies and Olympic sails for their support of our sailing.

The class wish to thank Draycote Water Sailing Club for hosting a great event, Adrian 'Stogg' Stoggall, the PRO, and his race management team for providing high quality racing in a difficult, shifting breeze, and Fernhurst Books for sponsoring the event and donating such excellent prizes.