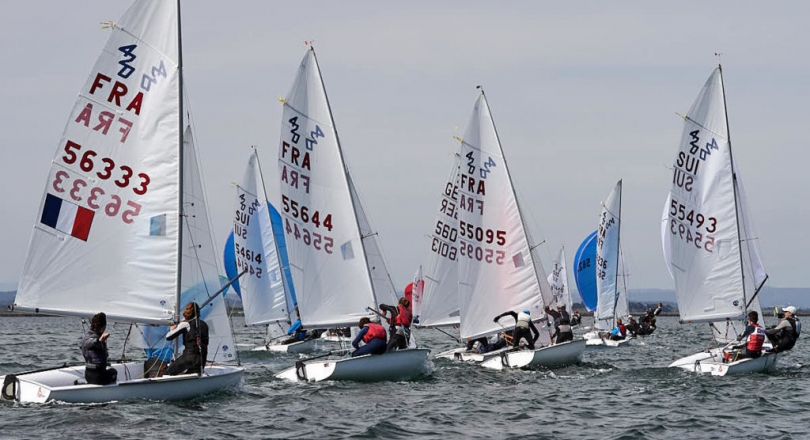 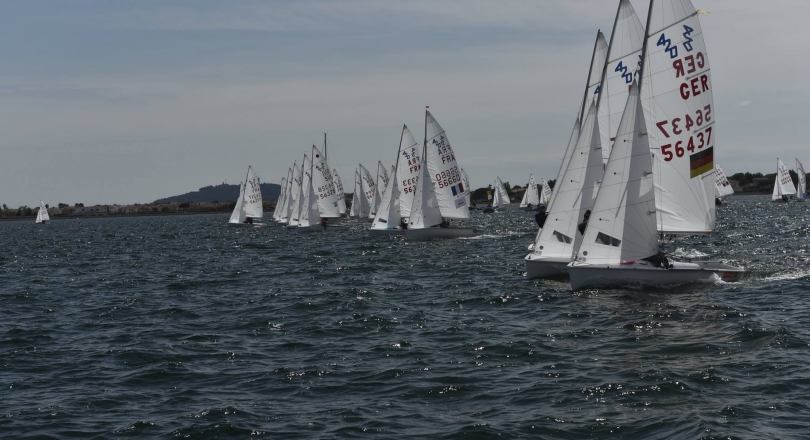 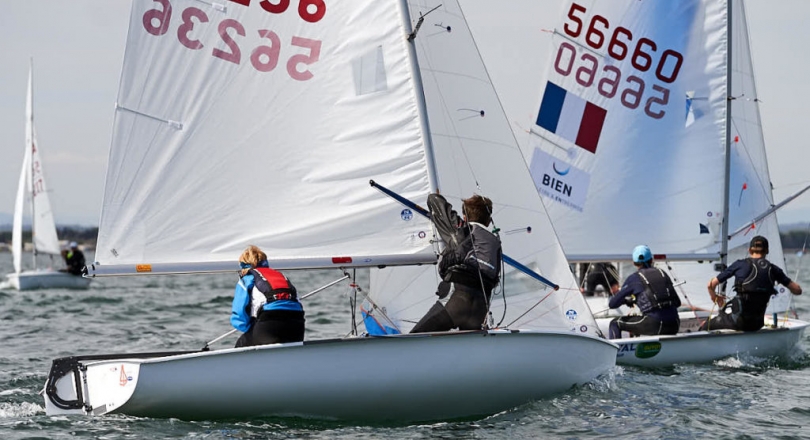 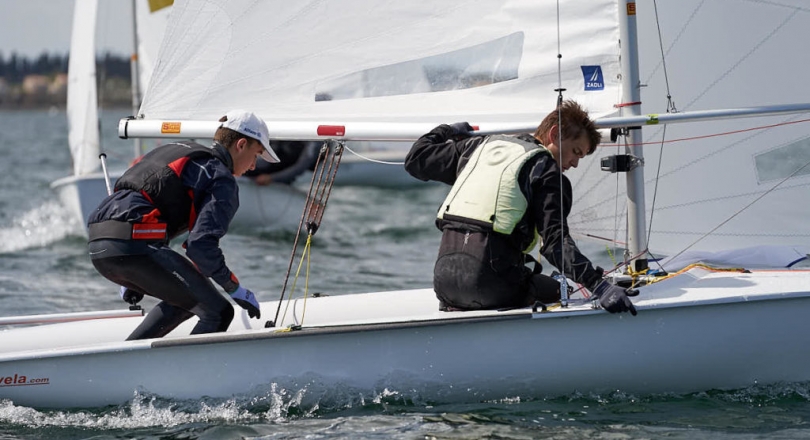 Event #4 of the EUROSAF 420 Race Circuit, CIMA attracted a massive line-up of 76 teams from across France, who were joined by international faces from Germany and Switzerland.

The 152 sailors worked their way through 12 races in a mix of conditions to really bring the top all-round performers to the front.

There was no holding back from Germany’s Jonathan Steidle/Leonardo Honold who have been sailing strong at each of the EUROSAF 420 Race Circuit events held so far. The pair claimed 4 wins from 12 races and scored all 'counting' results inside the top 7. Their scorecard was impressive and their winning delta of 51 points phenomenal, to end the series on 28 pts.

The only team who could get anywhere close were Switzerland’s Maxim Drepiov/Luis Zimmerli who scored 79 pts to finish in second overall. Third to the home nation’s Sacha Baraz/Yannic Flandorffer (FRA) on 92 pts.

EUROSAF will award medals to the top placed Boys/Mixed U19, Girls U19 and Open U17 teams across the five events. The best boys’ and girls’ teams under 19 and the best team under 17 will be eligible for an extra starting place (over the quotas for their nation) at the 2019 420 Junior European Championships in Vilagarcia de Arousa, north-western Spain, 23-30 July 2019, with the entry fee waived.

So far after 4 events, the standout performance of the circuit goes to Jonathan Steidle/Leonardo Honold (GER) who finished 3rd at Imperia Winter Regatta, won Vilamoura Carnival Regatta, finished 6th at the Greek Nationals and now wrap up victory at CIMA.