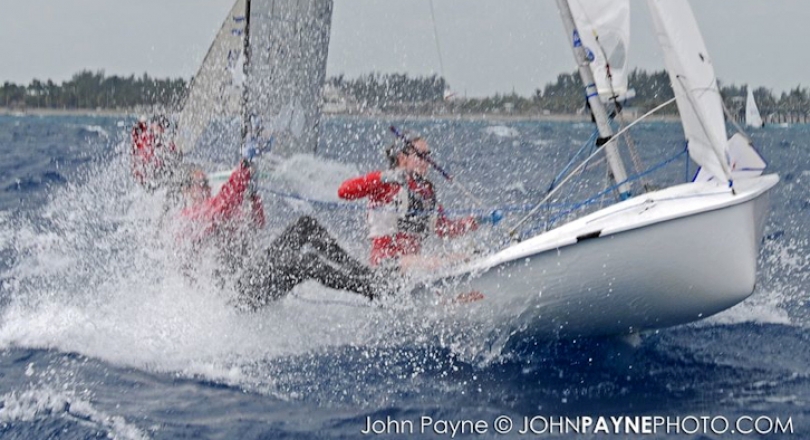 The Lauderdale Olympic Classes Ocean Regatta, grew out of the annual Finn Midwinter and Women's Laser Radial North Americans that Lauderdale Yacht Club has hosted since 1982.

This year, Men's Laser full rigs, 420s and 29ers were added to the mix along with the inclusion of men in the Laser Radial class, for racing which took place from 8-10 February 2013. The idea was to make this regatta an easy follow on to the ISAF Sailing World Cup Miami. Over 60 boats took part this year and they were treated to three days of outstanding conditions and racing in the ocean just south of the Port Everglades inlet.

Friday's racing began with a somewhat unusual west wind of around 10-12 knots and relatively flat seas. A strong current at the top mark, along with patchy wind made for tricky conditions, and in the 420 fleet, Megan Grapengeter-Rudnick, sailing with Lauderdale's Haley Fox enjoyed a perfect triple-first day. Back on shore everyone was treated to a fantastic barbeque at the sailing center. Lastly, in what has become a Lauderdale Yacht Club tradition, bottles of champagne were awarded to the winners of each of the day's races.

On Friday night a weak cold front moved through the area so Saturday dawned a bit cooler and the winds had moved to the Northeast. The race committee set up a windward-leeward, twice around race course, and started the first race in a nice fourteen knot breeze. The winds had also pushed up the sea state and waves of two to four feet covered the course. The day began overcast with a little rain, but quickly cleared into a gorgeous day. There were no changes on the 420 leader board, with a 2, 1, OCS to Grapengeter-Rudnic/Fox. After awarding of the champagne, the competitors headed out for a night on the town.

On Sunday, the weather gods tossed everything at the fleets. Winds were from the southeast at sixteen knots with gusts over twenty. That had pushed the seas up to five to seven feet with the occasional eight or nine footer thrown in for good measure. Big wind and big waves! Two races were planned for all fleets. Before the first start numerous boats were capsizing all over the race course. It kept the four safety boats busy standing by each one to make sure all were safe.

In light of the worsening conditions, and the number of wipeout capsizes, the race committee made the decision to send  the 420s back to the yacht club. Holding onto the victory and taking the win in the day's only race, were Megan Grapengeter-Rudnick/Haley Fox, leaving them with victories in four out of seven races and the title. Second and third went to Jack Parkin and Hailey Ullman respectively. 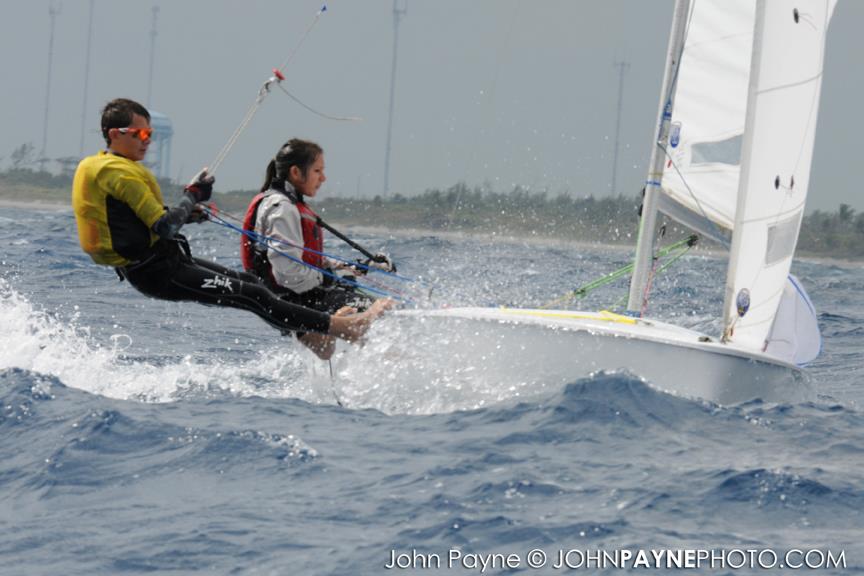 Next year the plan is to expand the regatta by including 49ers, 49erFXs, 470s and Nacra 17s. Sailors who are going to do the ISAF Sailing Miami World Cup should plan to stick around and race the Lauderdale Olympic Class Regatta.