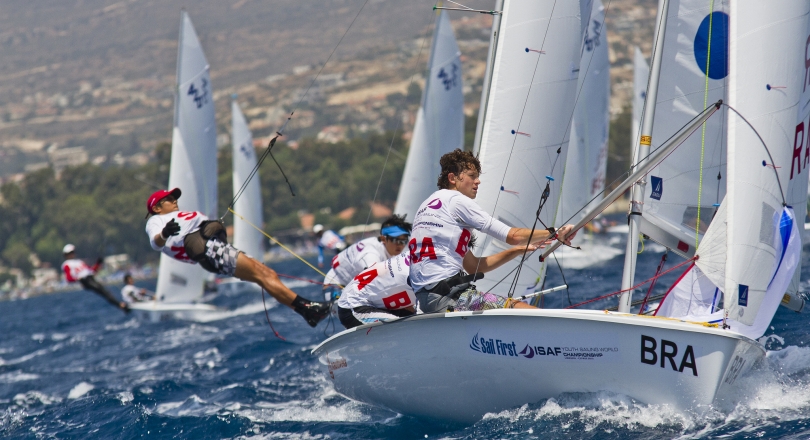 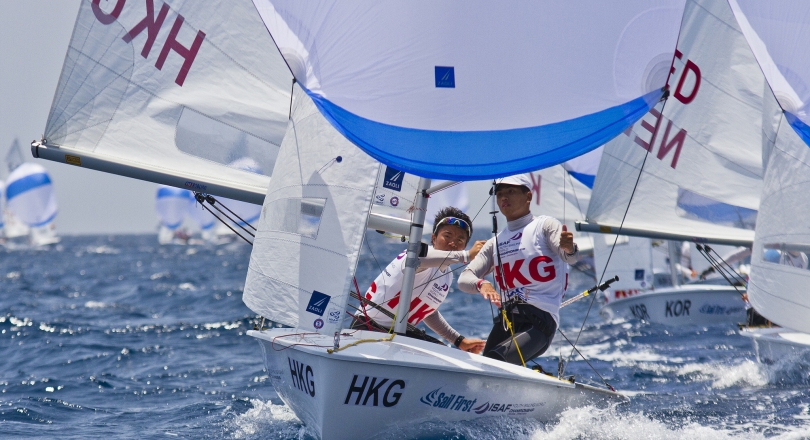 Australia's Carrie Smith and Ella Clark certainly hit the right note in the 420 Girls on the third day with three race wins to overtake Italy's Ilaria Paternoster and Benedetta di Salle and open up a seven point lead.

"The conditions today were like being back at home and we took on the opportunity to have some great racing," said Clark, "We came out with three wins which is really good for us."

View an interview with the Australians who are competing at their third ISAF Youth Worlds here.

Tiago Brito and Andrei Knepp (BRA) moved ahead of 420 Boys overnight leaders Diogo Pereira and Pedro Cruz (POR) with some steady third day racing. A third and a fifth means the Brazilians lead on 20 points with the Portuguese second on 29 points. Italy's Matteo Pilati and Michele Cecchin are third on 32 points.