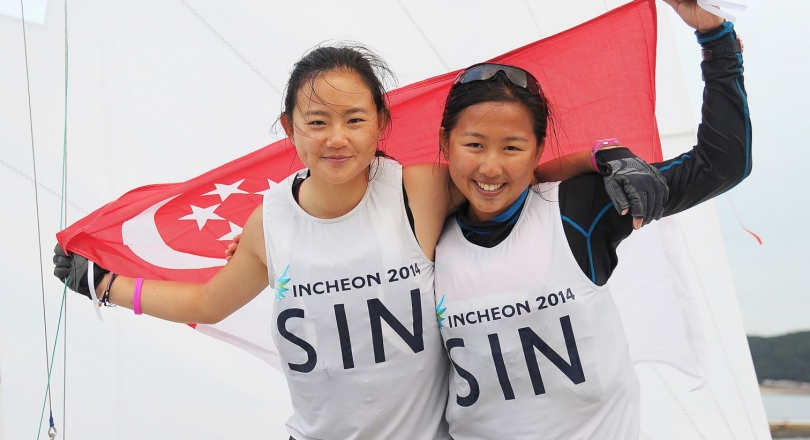 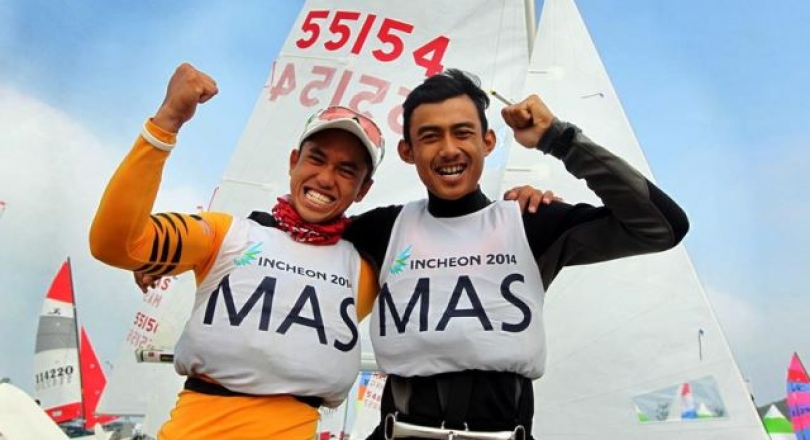 In a stunning show of dominance Malaysian and Singaporean 420 sailors wrapped up their gold medal wins on the final day of racing at the Asian Games in Incheon, Korea.

This news belongs to
2014 17th Asian Games
ALL EVENT INFORMATION

Going into the final day, of racing Singapore’s Kimberly Lim and Savannah Siew were poised to win the prestigious Gold medal having already nailed five bullets in the 10 races held, with no finish  not finishing outside the top three. Two more races on the final day, with a scoreline of 3,1 to Lim and Siew was more than enough to give them the gold over Nuraisyah Binti Jamil.Umi Norwahilda Binti Sallahuddin from Malaysia. Korea’s Nakyung Lee/Seoeun Choi finished in third.

420 women’s teams from China, Japan and India also competed in the event.

In the 420 Open fleet, Malaysia’s Faizal Norizan and Ahmad Syukri Abdul Aziz became their nation’s first gold medalists since 2006 after winning the men's 420 class in Incheon. Only Ryan Tan (1994) and Rufina Tan (2006) had previously won gold, competing in the Optimist Class.

“I and Ahmad Syukri came into the competition without any pressure although Japan and Singapore were determined to beat us,” said Mohamad Faizal.