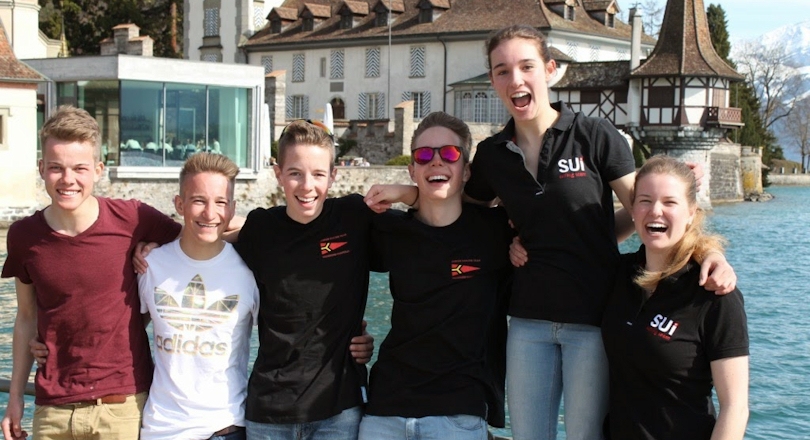 Raced over the weekend of 11-12 April, the Capman Cup is part of the Swiss Ranking event series. Attracting twenty 420 teams from across Switzerland, Saturday’s first morning of racing was lost to light wind, before the breeze kicked in for one race in the afternoon.

All change on Sunday with a stronger breeze, and the first win of the day in the hands of the Ninck brothers, second to Aurelia Fischer/Ilona Hersperger and third to Yanik Schmid/Ella Zimmerman. The wind then did a disappearing act, until the afternoon thermal appeared around 1500 hours and the final race got underway in light conditions.

Consistency pays, and the Ninck brothers notched up their third top 3 performance, crossing the finish in third to win the series. Mermod/ Schupbach won the race to finish second overall, with Ruegg/Ottig finishing the race in sixth place to claim third overall.

Great to see 2014 Optimist World Champion, Nicolas Rolaz, now sailing with crew Erwan Lamoureux, right up in the mix at the front of the leaderboard. The pair scored a best finish of 4th to finish in sixth place overall.

The next 420 event coming up in Switzerland is the next of the Swiss Ranking events, 2015 Championnats Swiss Points - Lugano, hosted at Circolo Velico Lago di Lugano on 18-19 April 2015. 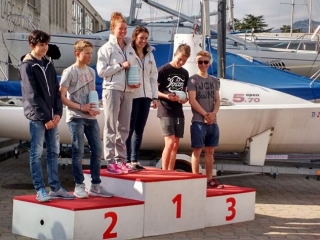