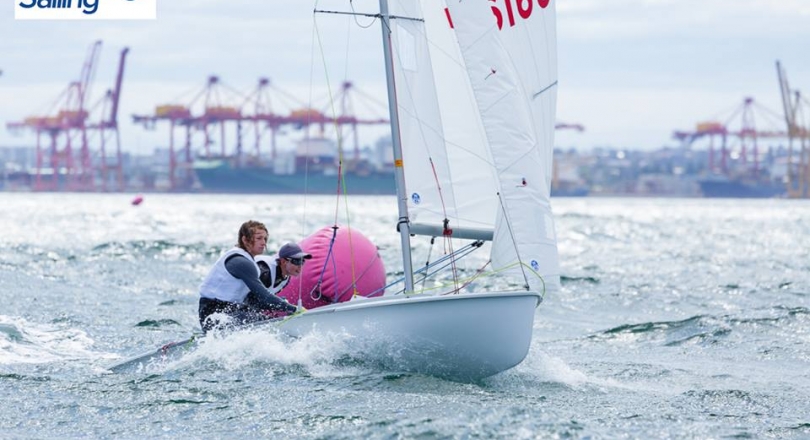 The New South Wales Youth Championship attracted over 300 competitors to make the most of conditions on Botany Bay in Sydney.

The regatta was hosted by Georges River Sailing Club over the three day long weekend, 1-3 October, attracting sailors and their families from all over Australia. While racing was abandoned on day one, the Championships swung into full force on day two producing brilliant sailing conditions, before picking up to breezy conditions again on the final day.

Otto Henry/Rome Featherstone on board Chippa won the NSW Youth Championship in the 420 class, holding on to their narrow lead after day two of competition. In second place were Sophie McIntosh/Emily Summerrell with Col Tapper/Thomas Green in third.

"It was an interesting couple of days of racing with too much wind on the first and loads of breeze on the last day but perfect conditions on the day in-between," Brennan said. "Botany Bay certainly lived up to its expectations and provided competitors and spectators alike with great youth sailing conditions.

"The NSW Youth Championships hold a prominent place on the national youth sailing calendar and we are very fortunate to have a club such as George's River Sailing Club hosting the event this year. The race officials and volunteers all put in a massive effort during trying conditions over the three-day competition and we thank them for the commitment to youth sailing in NSW."