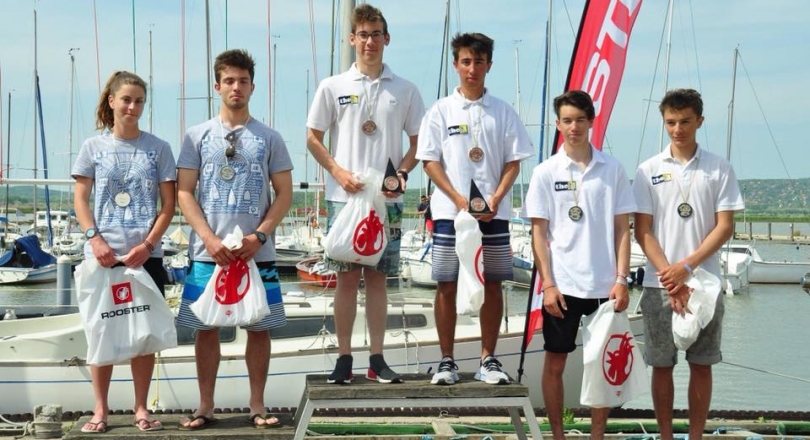 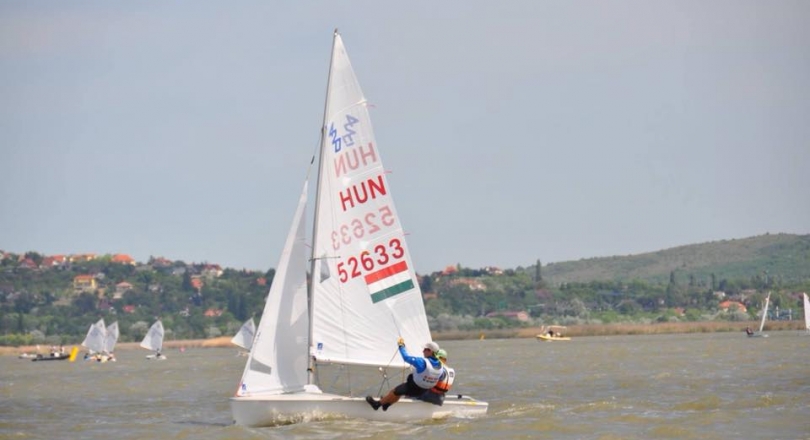 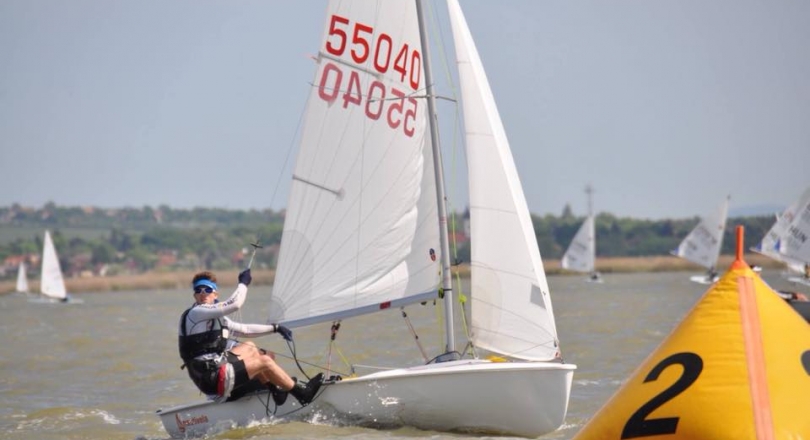 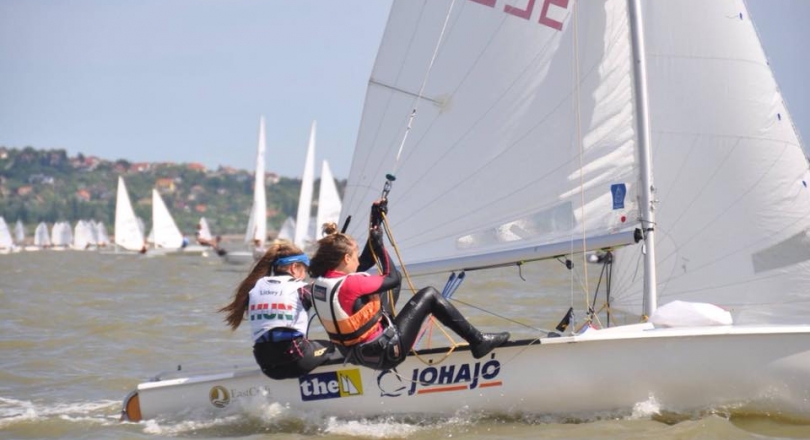 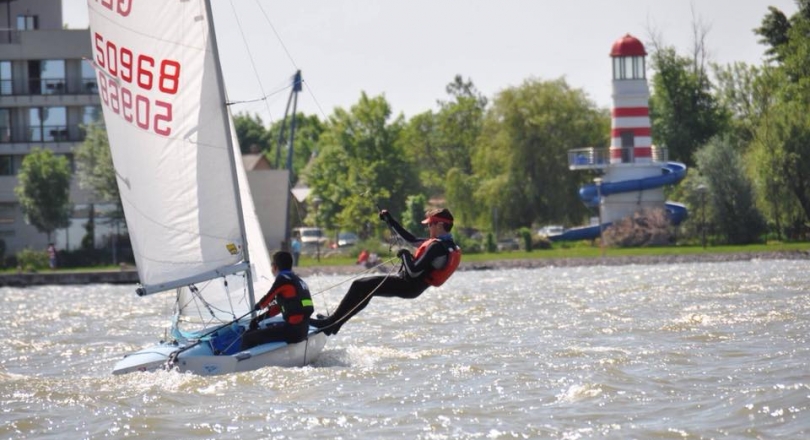 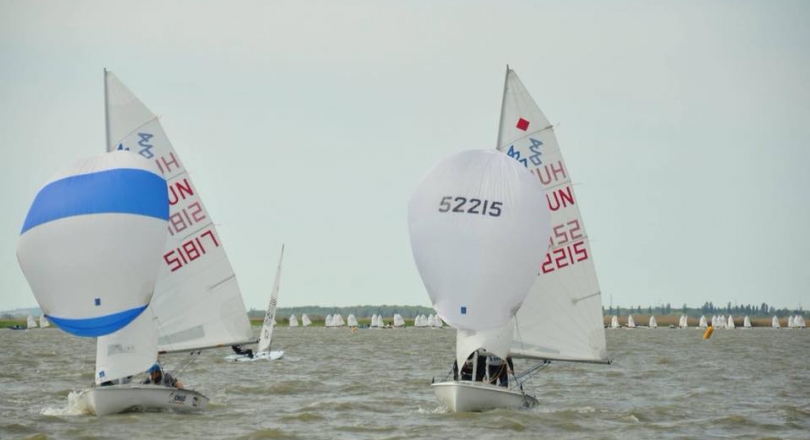 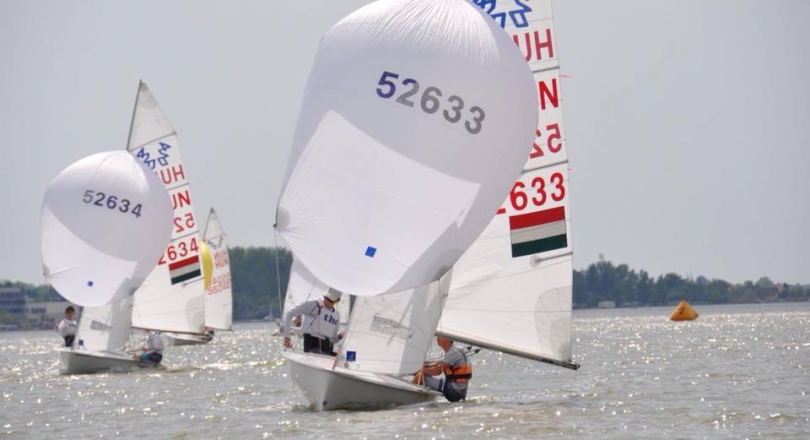 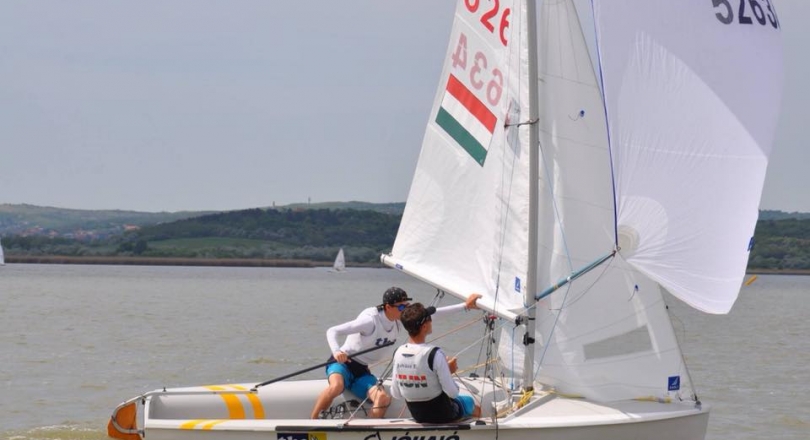 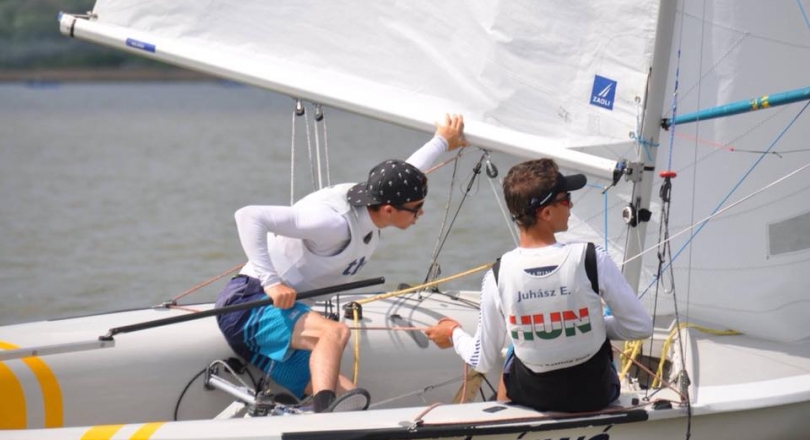 Ten 420 teams battled it out for victory at Hungary's annual Majthenyi Zsombor Emlekverseny, 29 April to 1 May 2018.

This news belongs to
Majthenyi Zsombor Emlekverseny 2018
ALL EVENT INFORMATION

Reading the lake winds was the path to victory, in shifty and unpredictable conditions for the 8 races series over 3 days. Mainly light winds saw Peter Vida/Laszlo Fehervari dominate, never scoring worse than one 4th place, which was their discard result. The pair accumulated four back to back wins, which effectively assured them of the title before the final race 8.