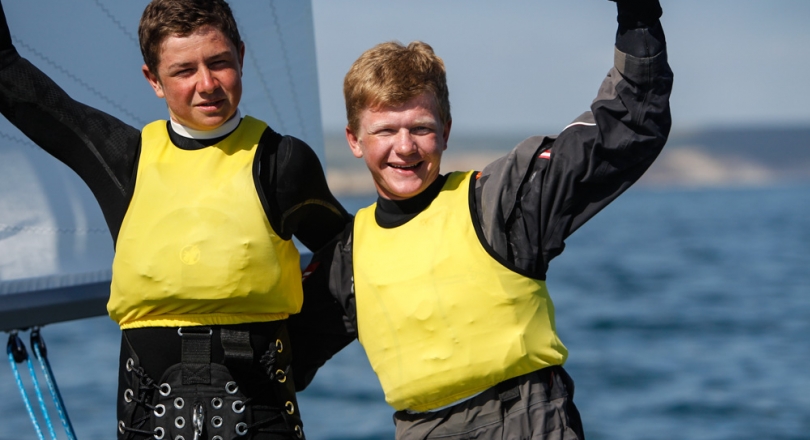 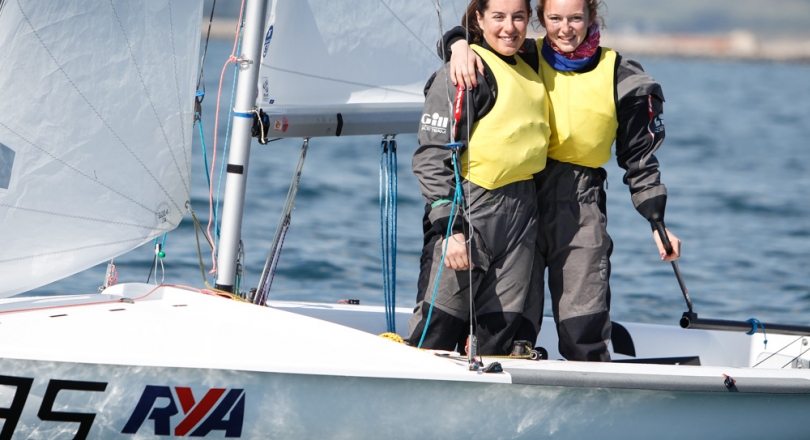 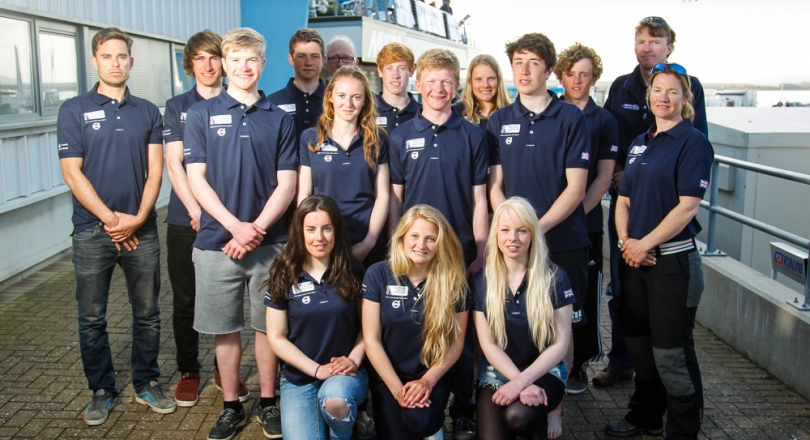 The 420 boys class was won by 2013 Youth National champion Tim Riley and his new crew James Taylor, who finished fifth at the 2013 event in Largs, Scotland with his former sailing partner.

Despite a disappointing start to the regatta, after five days of action packed racing at the 2014 RYA Youth National Championships, the duo soon came into their own posting seven top three finishes from the 12 race series to win the regatta by a comfortable 17 points. Robbie King and Ryan Orr clinched the silver medal while New Zealand’s Sam Barnett and Zak Merton finished with the bronze.

Riley said: “I am relieved mostly, it was such a long day on the water especially with all the wind shifting about and I was half hopeful they would get a race in. We got one away and we were doing quite well in it then they canned it because there was no wind. I looked at my watch and noticed the time limit was over and realised I’d won it, just relief, pure relief.”

On defending his Youth National title, Riley added: “It means a lot to win it for a second year, especially this year as we have had so many young competitive   sailors in the 420 class really coming up and just to be able to hold them off for one week which is a long, long time in these varying conditions is a relief.”

Sarah Norbury and Mari Davies took the girls 420 title holding their place as top female crew throughout the regatta. At the halfway stage of the regatta the duo really upped their game and posted three seconds giving them a sizable lead over the other 420 girls crews and placing them an impress fourth overall. Jemima Lawson and Lily Summers won silver while Olivia Mackay and Abby Goodwin (NZL) finished third.

Norbury said: “It’s incredible, it feels so good to win! All the work hard has paid off and it has all come together so we are really pleased.”

The 2014 RYA Youth Championships was also a selection event to determine the sailors who will represent Great Britain at the upcoming ISAF Youth Sailing World Championships in Tavira, Portugal from 12-19 July 2014.

Riley will be returning to improve on last year’s result, with a new crew James Taylor. Riley said: “Representing Great Britain at this event is a real honour. You are representing your class, your country and the nation as a whole, which is a really big honour.”

Having finished 17th at the event in Limassol, Cyprus last year, Riley is only one of two sailors returning and admits that his experience from 2013 should pay dividends come July.

“This being my second time at the ISAF Youth Worlds I have a bit more of an understanding of what is going to happen. It is a very different event to what we are used to but as a pairing that has been to the Worlds and Junior Europeans in the 420 we have experience at the top level of our sport, which should help us start performing straight from the off.”

Joining Riley and Taylor in the 420 fleet will be will be Sarah Norbury and Mari Davies. Finishing fourth in a highly competitive 420 fleet in Weymouth and Portland, the pair will be valued members of the British Youth Sailing Team.

17-year-old Norbury said: “To be selected for the ISAF Youth Worlds feels surreal, amazing and it hasn’t really sunk it yet. It is a pretty amazing feeling to know we are the best British girls and that we are actually going to the event.”

Welsh sailor Davies added: “It is going to be a real honour to follow in the footsteps of previous Olympians. It is quite inspiring as well because we were looking at the trophies we had won and could see lots of Olympians’ names on them. It’s good to think we are taking a step in the right direction.”

Double Olympic gold medallist Sarah Gosling OBE, who joined Chair of Youth Selectors Peter Saxton and RYA Racing Manager and Performance Director John Derbyshire as part of the RYA’s Selection Panel at WPNSA this week, said: “I think being selected for the ISAF Youth Worlds is the real stepping stone from Youth Sailing into becoming a professional sailor as they get older.

“I remember going to the Youth Worlds and it being the absolute pinnacle of my year and wanting nothing more than to perform at the Youth nationals to get there, then perform at the World when I got there. I think for them it is absolutely everything if they have any aspirations to be Olympic Sailors or Olympic medallists this is the first stepping stone.”

Oli Woodcock, Head Coach for the British Youth Sailing Team at the event, commented: “This means everything to the selected sailors, they have been working towards trying earn a place in this team for the whole winter so that’s all they have been thinking about. Every training session, every time they have to get up in the dark to go to the gym, going out here and all around the country when it is freezing cold when other nations wouldn’t even dream of going out of the water, takes a lot of guts, determination and commitment from the sailors and also their parents.

“I think we have got a mixture of experience, from those that have been before and some new faces. We have the top sailors in the UK, selected and raring to go. They are going to train as hard as they can between now and the July to make sure that they go to Tavira, Portugal and do the best they can hopefully bring back a good haul of medals.” 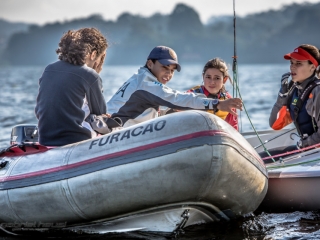