A parade of nations through the narrow cobbled streets of Riva del Garda brought the 468 sailors from 25 nations together in a welcome celebration ahead of racing getting underway at the 2017 420 and 470 Junior European Championships.

Led by a band of drummers, the procession of sailors, coaches, officials, friends and family weaved its way around the medieval town of Riva del Garda, before arriving in the main square.

On behalf of the 420 and 470 Class Associations, Fulvia Ercoli, Treasurer of the 420 Class, weclomed everyone, before introducing the Vice Mayor of Riva del Garda, Mario Caproni and the President of Fraglia Vela Riva, Giancarlo Mirandola, to share some words of welcome.

The Sailors' Oaths were given by the youngest sailors in the 420 fleet and 470 women’s fleet, Charlie Bacon from Great Britain and Alice Linussi from Italy. On behalf of the Race Officials, Tatiana Ermokova from Russia presented the Race Officials Oath.

Teams paraded back to Fraglia Vela Riva for a hamburger party. 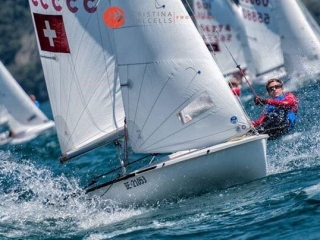 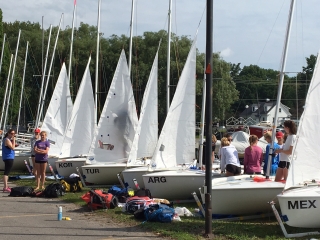