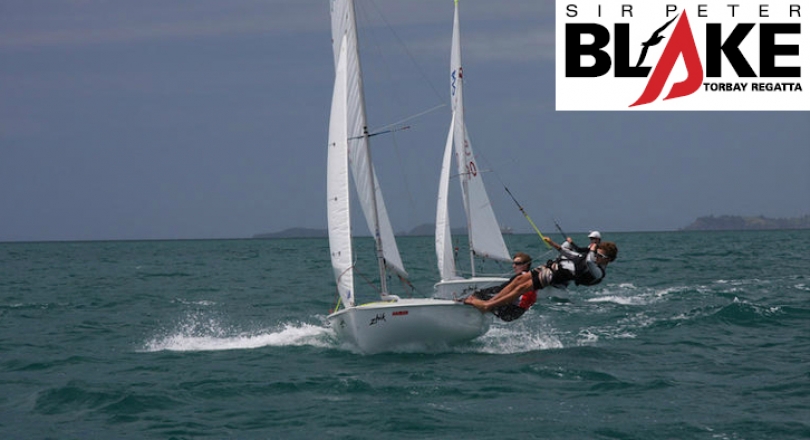 Testing shifty conditions in a breeze ranging from light to moderate on Saturday meant that everyone was in with a chance and the sailors had to have their wits about them for the first three races of the series. It was a 1,1,3 for Taylor Ballogh/Sam Lee to put them into great fighting contention. Sam Barnett/Zac Merton were just a few points behind in second place after a 3,3,1 and Olivia Mackay/Abby Goodwin playing out as the top girls’ team in third overall from their 4,2,2.

Consistent with Saturday the breeze was up and down, but somewhat steadier in direction. It wasn’t quite the roaring 40s but the breeze was well into the high teens for most of the day, frequently into the mid 20s and perhaps the odd squirt into the 30s. Testing conditions indeed for any sailor.

As it turned out the same top three teams held their places after the final three races, with a superb performance from Ballogh/Lee who won every race on Sunday. Barnett/Merton and Mackay/Goodwin were a bit more up and down with their racing, but had built themselves sufficient points margin from Saturday’s three races to hold tight to their overall positions. 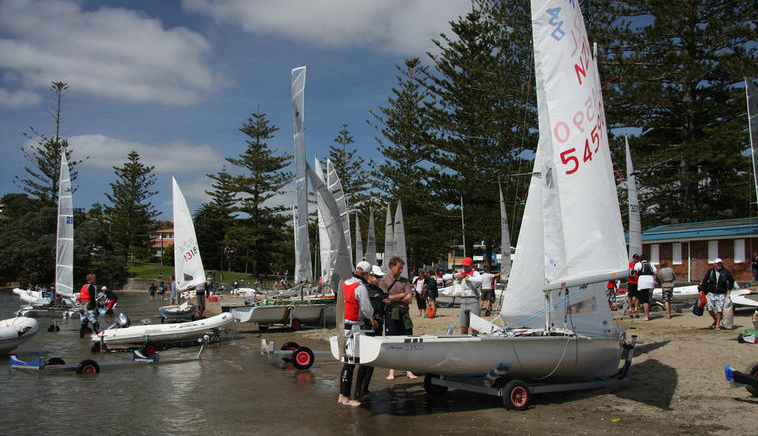 The regatta takes more than a name from Sir Peter Blake, it also embraces his values, including the environment, leadership and fair play. The organising committee have also set the goal of making this the leading event for centreboard classes in the southern hemisphere, a goal that comes closer at every event.

This replicates Sir Peter’s goals and ambitions for promoting New Zealand sailing and being the best at what he did.

Racing is spread over three race courses positioned immediately offshore from Torbay and Browns Bay on the North Shore of Auckland. The regatta features a temporary beach compound with a huge central marquee from which all racing and socialising is centred. The road is closed during the event.