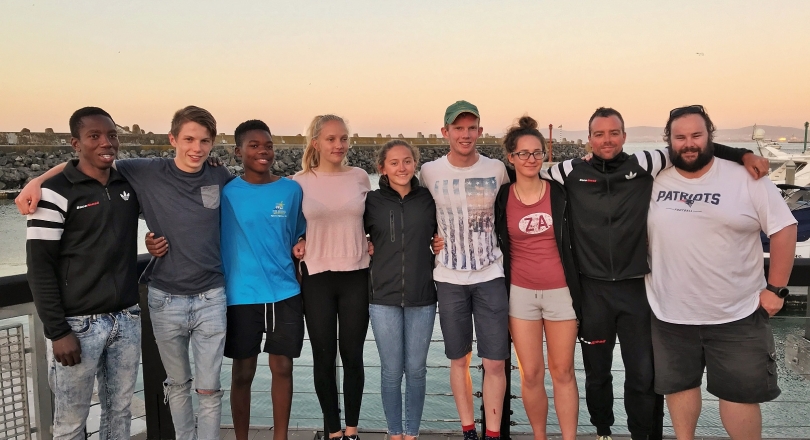 On 26 October, Soutb African Sailing announced its team of six sailors will take on the best in the world at the Youth Sailing World Championships in Sanya, China from 9-16 December 2017.

The SA team will be captained by Calvin Gibbs, who will compete in the Laser Radial class, and  includes  newly  crowned  29er  world  champion  Benji  Daniel  as  well  as  former  two-time Mirror World champion Michaela Robinson who will competing in the 420 Class.

“I feel very privileged because being selected to sail for your country, with the youth worlds being such a prestigious event, is such an honour,” said Robinson, who sailed to the Mirror world title with her brother Ryan in 2013 and 2015.

The  St  Mary’s,  Waverley  student,  who  hails  from  Carletonville,  has  never  sailed  in  China before but is looking forward to the challenge as she teams up with Elsje Dijksta in the 420 class.

“I’m aiming to  achieve  my  best  possible  result.  At  this  stage  Elsje  and  I have  not sailed together against these competitors so we can’t really rank ourselves. We are aiming to learn as much as we can and to try our best,” she explained.

“I think competitions like Youth Worlds are very important stepping stones because in South Africa we don’t get the big fleets and intense competition. So if you are thinking of Olympics as  a  long-term  goal,  you  need  to  be  exposed  to competition with many  boats  around  you. The most important skill is to learn how to sail fast in a competitive fleet.”

“It  has given me confidence in my sailing but sailing a 420 is completely different to a 29er. I don’t think I can take the boat handling aspects across but certainly the racing and tactical sorts of things.  That’s  definitely  something  I  can  take  away  and  use  in  China  for  youth  worlds,”  he said.

“It’s a really great event for getting from amateur local sailing to almost professional sailing because people are at the top level there – they are stepping into the Olympic classes in the following  years  and  looking  at  the  Olympic  circuit.  It’s  a  really key  regatta  to  do  as  it simulates the Olympics and the kind of racing that happens there. So it’s a good thing to do if you’re looking to go past youth sailing and to take it further than that,” added the 16-year-old from Hillcrest. “It’s such a cool event to go to and to go with the team we have is a great thing. I’m really looking forward to it.” 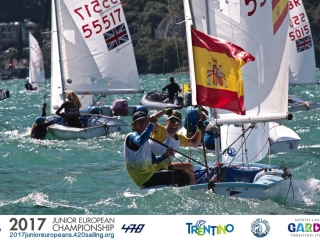