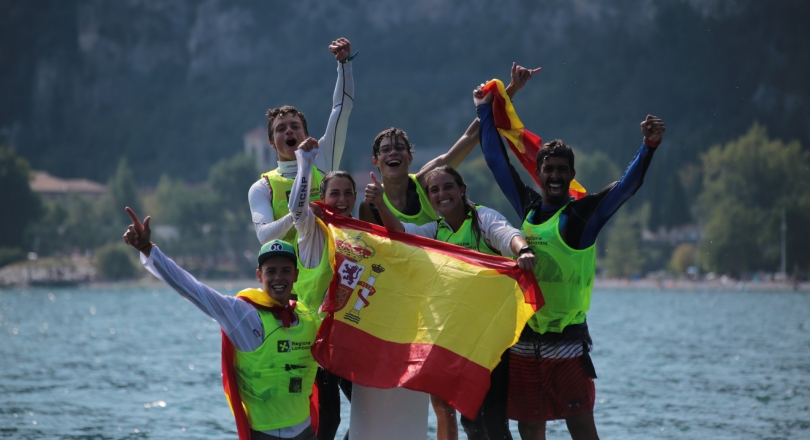 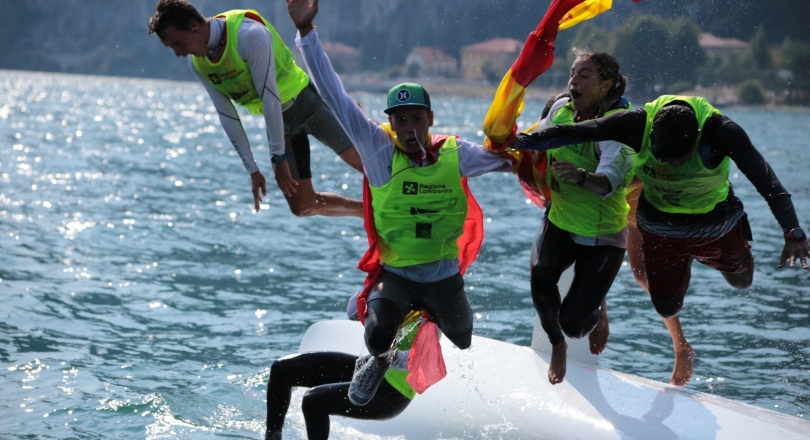 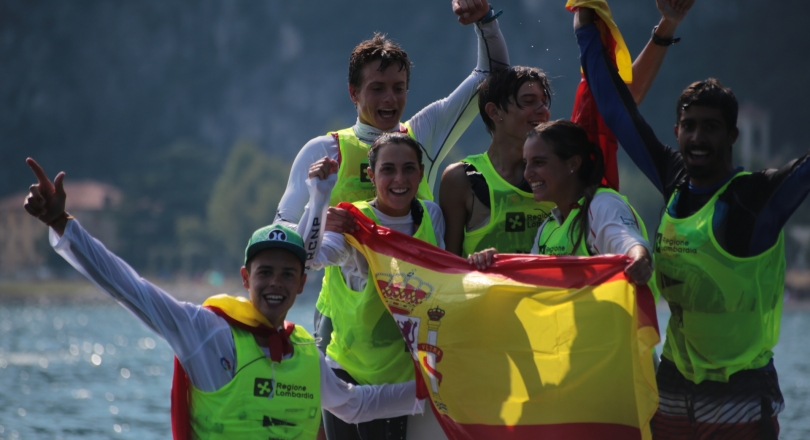 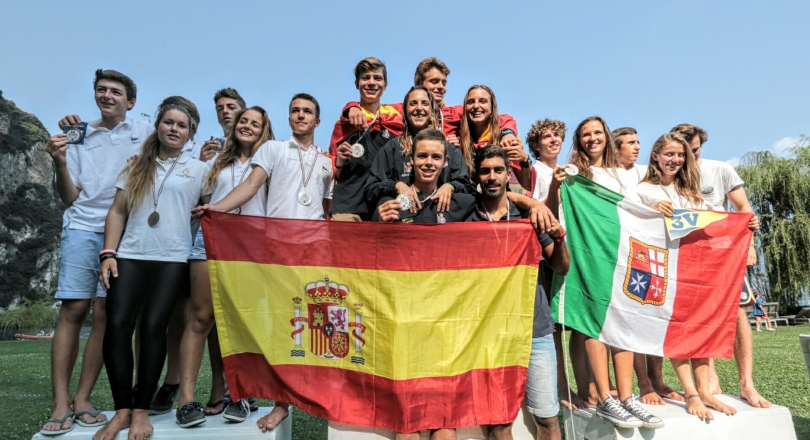 Teams from Great Britain, Italy and Spain faced the final day of racing at the Team Racing World Championship on Lake Garda, Italy, with a steady 10 knot northerly breeze.

After the two round robins, the order of racing for Saturday saw the teams placed 4th, 5th and 6th race first, which pitched the three British teams in a face off. In a surprise outcome, all three teams won a race each forcing a three-way tie, which was broken in favour of GBR3 and the aptly named “Don’t Kill My Gybe” team.

GBR 3 advanced to race against the teams placed 2nd and 3rd from the earlier round robins, and faced Spain’s ESP2 Catalunya team and ITA1. A closely fought battle rewarded ESP2 with two race wins and one to ITA1, securing bronze to Italy and advancing ESP2 to the finals.

The finals featured an all-Spanish play off between ESP1 and ESP2, two regional teams representing the RCNGC and Catalunya, but not before a postponement as the wind dropped and teams had to wait for the new wind to build from the southern side of Lake Garda.

The first win went to ESP1, with ESP2 fighting back to win the second match. Onto the nail biting decider and ESP1 pulled the win and the gold medal. A celebratory outcome for Spain who successfully defended the World Championship title they won in 2015.

About Team Racing
Team racing is a fast paced racing style, demanding excellent boat handling, rapid tactical decision making, and expert knowledge of the rules. The sailors in each team aim for a winning combination of places. The key to success is grouping skills into a coordinated attack.

The scoring system is the same as fleet racing with one point for first, two for second and so on, and team with the lowest total number of points wins.

The format of racing consists of a number of round robins, where teams are split into groups and race each team in their group.  These groups are reshuffled at the end of each round so that the best teams move to the top and teams of similar ability get to race each other.  After a number of rounds, the teams progress to knock-out stages, usually consisting of quarter-finals, semi-finals and finals.

About the 2016 420 Team Racing Worlds
Taking place from 31 August to 3 September 2016, the 2016 420 Team Racing Worlds was organized by Circolo Vela Gargnano with Univela Sailing s.s.d.r.l. in association with the Italian 420 Class Association, under the authority of the International 420 Class Association and with the permission of the Italian Sailing Federation. Brand new 420s were provided by builder Nautivela of Italy. 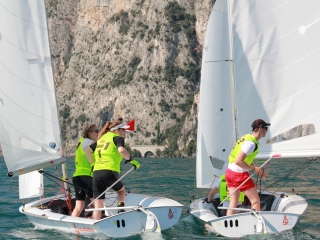 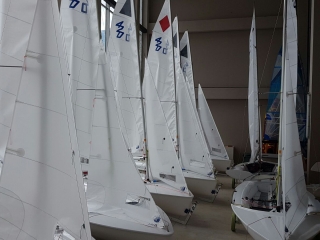 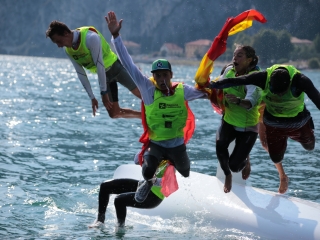