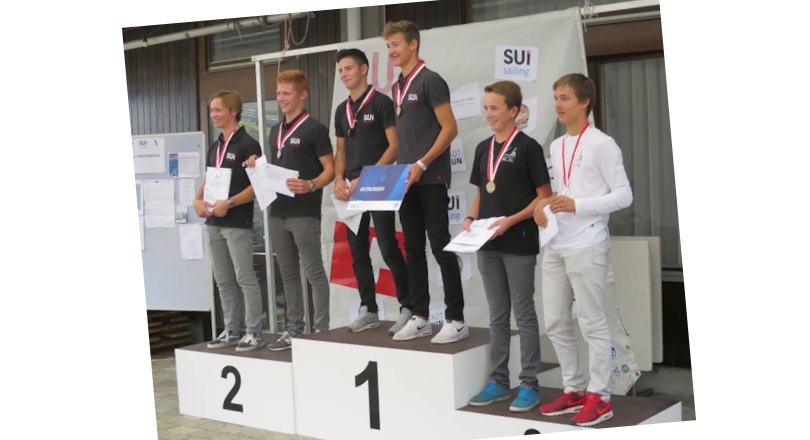 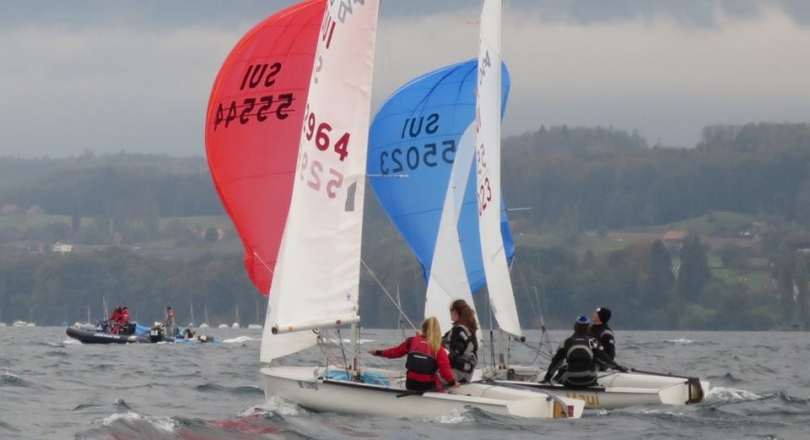 Maxime Bachelin/Arno de Planta, who rank amongst Switzerland’s top 420 partnerships, wrapped up victory at the 2016 Swiss 420 National Championship over the weekend.

Hosted at Thunersee Yachtclub, the six race series was raced over two days on the alpine lake of Lake Thun, in the heart of the Bernese Oberland. Twenty-seven teams competed, with one Brazilian pair joining the otherwise Swiss fleet.

Bachelin/de Planta have been dominant on home water events this year, most recently winning 2016 CSP Thalwil. Finishing 28th overall, out of a fleet of 110 boats in the open division, they were the top placed Swiss team at the 2016 420 World Championships in Italy.