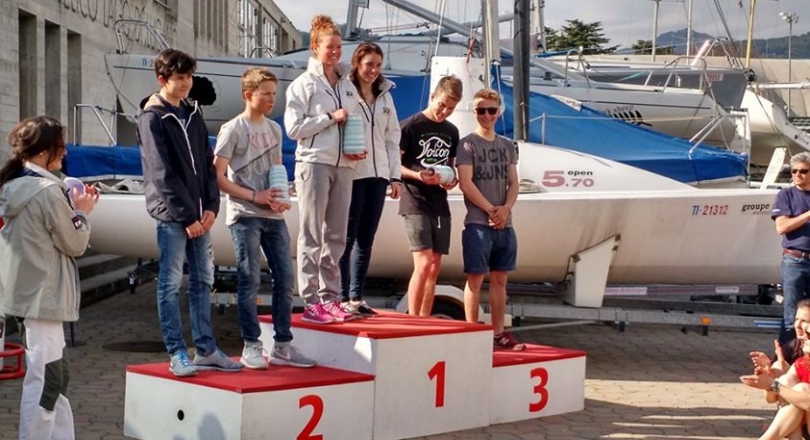 Sixteen teams contested the Championship Swiss Points Lugano, over the weekend of 18-19 April 2015, which took place on Lake Lugano.

The Swiss Points Lugano follows on from last weekend's Capman Cup, when the leaderboard looked a bit different with Marc Ninck/Lorenz Ninck (SUI) sealing the win, in a form they could not repeat this weekend.

The girl's partnership of Lea Ruegg/Diana Ottig didn't give any of the other teams a look in, claiming 4 wins from the 5 race series, to win overall with a 6 point margin. The only team to get past them were Nicolas Rolaz/Erwan Lamoureux, who secured the win in the opening race of the series on Saturday. Rolaz is the 2014 Optimist World Champion, who made the transition to the 420 Class last year. Rolaz/Lamoureux enjoyed the conditions, finishing second overall with Yves Mermod/Cyril Schupbach in third.

Last weekend's Capman Cup winners, Marc Ninck/Lorenz Ninck finished in 7th, struggling to climb through to the top of the fleet, with just one top three finish, a third in race 4. 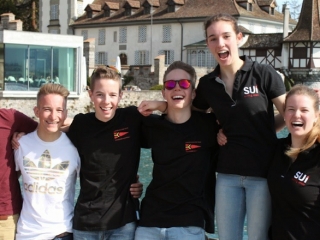