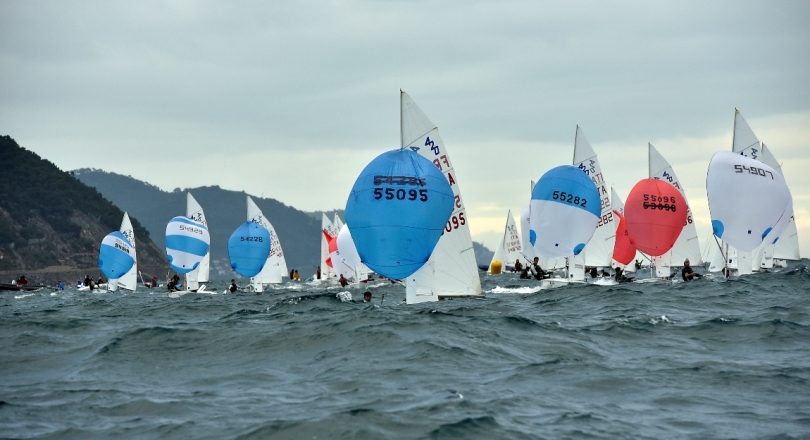 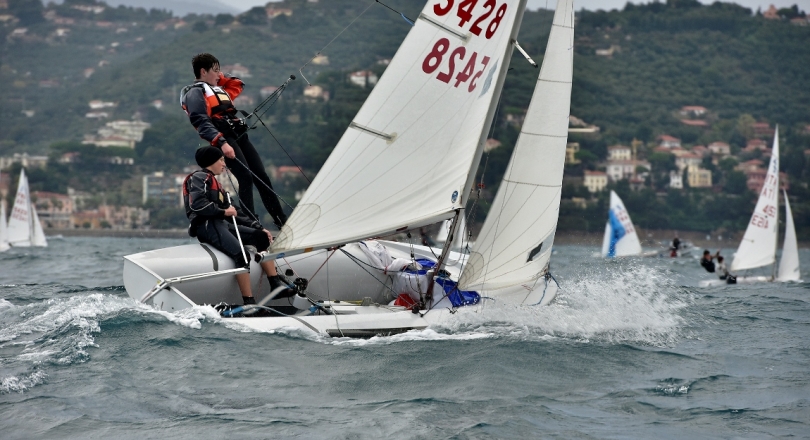 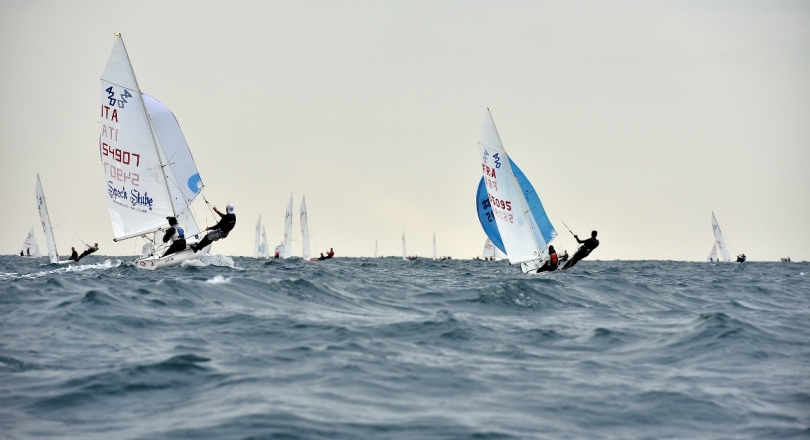 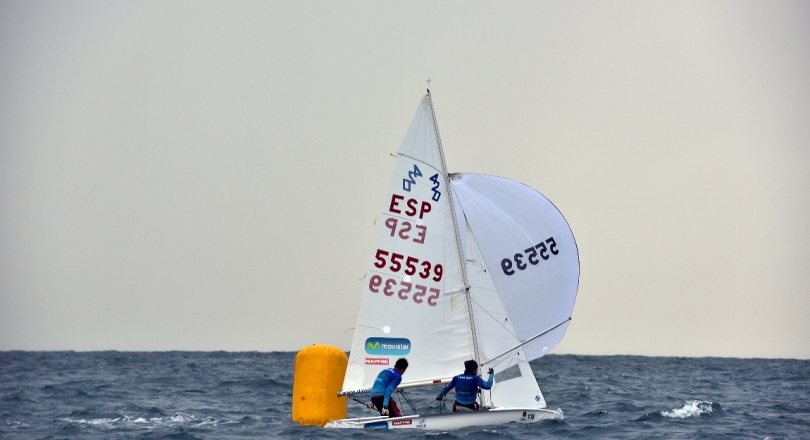 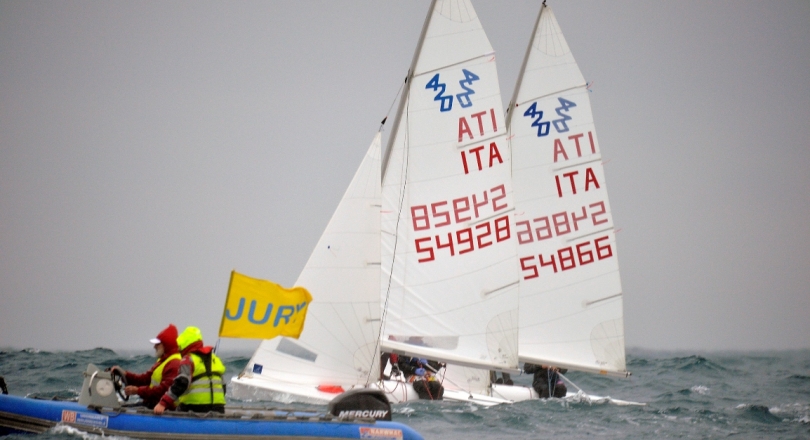 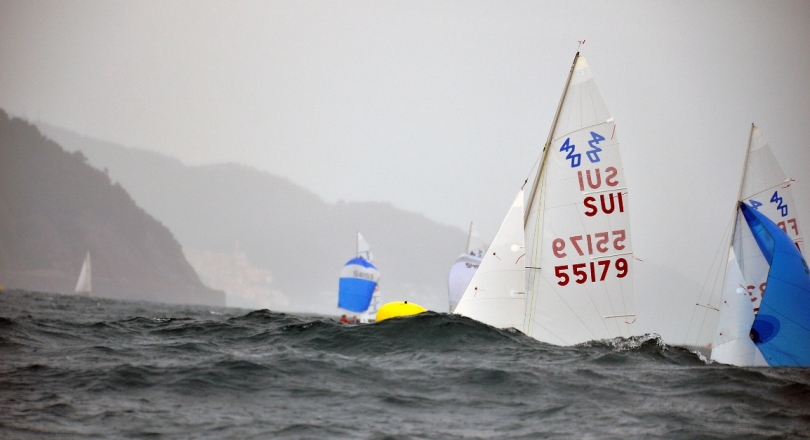 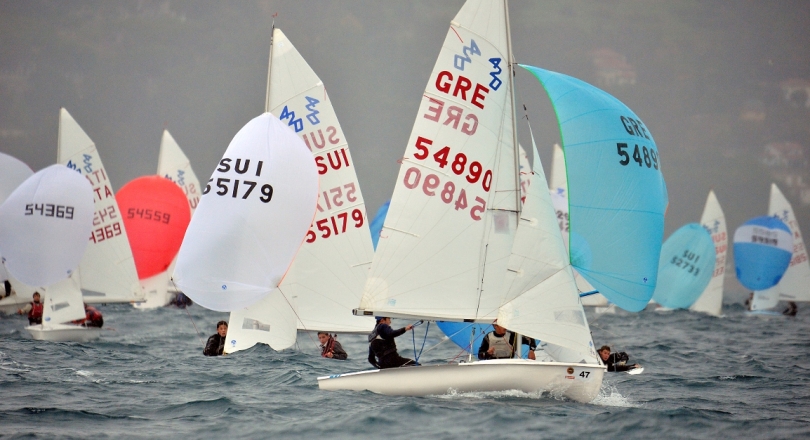 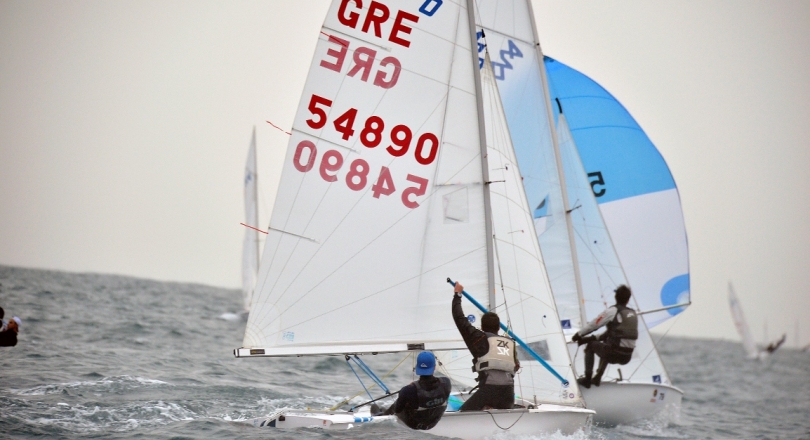 This news belongs to
2014 Imperia Winter Regatta
ALL EVENT INFORMATION

One hundred and three 420 teams descended on the Yacht Club Imperia for this year's Imperia Winter Regatta, which was celebrating its 25th year.

The final day of racing on Sunday 7 December was beautiful and sunny – but no wind. At 1400 hours the Race Committee were forced to abandon any hope of racing, and the leaderboards were confirmed from the previous 5 races.

Just 2 points were between each of the teams in first, second and third in the sixty-three boat 420 Open fleet. Switzerland's Maxime Bachelin/Philippe Pittet counted a super consistent scorecard of all second places, aside from a 24th in race 5 which fortunately counted as the only discard of the 5-race series, to take the overall lead. Two points behind in second place, Dimitri Peroni Dimitri/Michelle Cecchini Michele won two of the races, with Spain's SantiMas Depares/Luis Mas Depares in third.

At 1600 hours this year’s event concluded with a Prize Giving. A special prize was presented to the Chairman of the International Jury Wolfgang Stenz (GER), dedicated to the memory of Stefano Montanari from Yacht Club Imperia. Stenz has been a judge at eleven 11 editions of IWR and this year marked the closing of his career as an International Judge.

This year Imperia Winter Regatta has been organized by Yacht Club Imperia with the collaboration of Assonautica Imperia and the logistic support of GoImperia. The race, become a classic winter appointment for 420 (open and ladies) and 470 (men and women) classes, has confirmed its international success with the presence of 13 nations from all over the Europe and 150 boats which have joyfully occupied Calata Anselmi, confirming the great calling of the town of Imperia  to become the capital of winter sailing.

The final analysis of Luigi Rognoni, event manager of Imperia Winter Regatta and board member of Assonautica, said, “It was a great and positive edition for Imperia Winter Regatta, because of both the weather conditions  and the excellent job of the organisation team, working well in every aspect. I’m very satisfied and, with me, everyone which have worked to make this IWR. Talking with the athletes I hear good and positive opinion about the races and the organization. I’m sure that the new collaboration with Assonautica and Yacht Club Imperia was positive and after this edition we have learned so much and improved our competency. So I hope this Imperia Winter Regatta 2014 will be the start for a lot of good and new things”.

“The event was successful,” added the satisfied Biagio Parlatore, chairman of Yacht Club Imperia. “I can see that here in Imperia during this five days the sport has won, not only the technical skills of our athletes. The event was flawless, the organisation ruled pretty well at sea and ashore. I can read a big satisfaction on everyone’s faces”.

IWR is organized by Yacht Club Imperia in partnership with Assonautica Imperia and the cooperation of GoImperia, the Town of Imperia/Culture and Event Department, Coast Guard of Imperia, Region of Liguria Administration/Sport Department.

CLICK ON ALL EVENT INFORMATION ABOVE TO VIEW FULL RESULTS