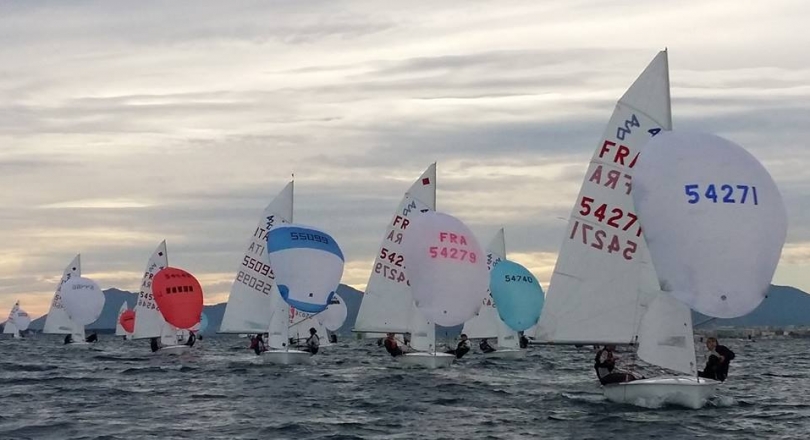 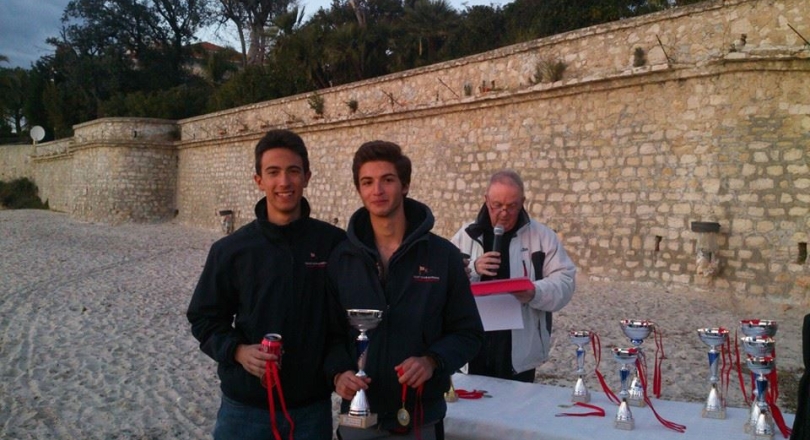 The unique attraction of the Ski Voile contested between the giant slalom ski track in the ski resort of Auron, and the sailing off Antibes in the south of France annually fields a hardy bunch of passionate skiers and sailors.

This news belongs to
2015 Ski Voile
ALL EVENT INFORMATION

The skiing takes place in the ski resort of Auron on 22 January, before everyone heads back to Antibes for three days of racing from 23-25 January. The 420 Class just raced on 24-25 January, with thirty 420 teams from France and Italy competing in the 5 race series.

Representing the host club, S R Antibes, a decisive victory in the 420 fleet from France’s Jessie Kampan/Anael Ponthieu with a 1,6,1,2 scorecard, having discarded their 20th place finish in the last race. It was behind the leaders that the real battle unfolded, with just 2 points separating the final leaderboard for the next 6 teams.

Finishing 7 points behind the leaders were Edoardo Ferraro/Francesco Orlando of Italy, chased by Maxim Pedron/Eliott Michal of France who were just 1 point behind. The next four teams, placed 4th through to 7th, all shared an equal 19 point scoreline.