Very tight racing at the top of all fleets on day 4 at the 420 World Championships. Heavy rain did not deter the competitors as they have proved they are here to race no matter what the weather.

The trapezoid course with an inner and outer loop was set quickly for the first race. The race was started in seven knots of Easterly breeze, with the strong current adding to the challenge for the 336 sailors as it crossed the race course.

In the second race, the wind held Easterly and steady at seven knots. There were periods of moderate to light to no rain, but by the end of the day, sailors returned to the beach in a torrential downpour.

The forecast for Tuesday's race day 5 should present a 5-10 knots southerly, which is expected to build towards the end of the day with minimal chance of rain.

420 OPEN
After today’s racing, New Zealand sailors Seb Menzies/Blake McGlashan have a comfortable lead with a low-point score of 11 after one drop race. They started the regatta strong with three first-place finishes in the first five races. Spain's Martin Wizner Perez-Lafuente/Pedro Ramon Ameneiro Amezaga, the reigning 420 Junior European Champsions, have shifted up to 2nd overall, as they also count an all top 5 scorecard, and sit on a 9 point deficit to the Kiwis.

Australians Otto Henry/Thomas Larkings are hunting the second place position with only a five-point spread from the Spanish team. America's Dylan Ascencios/William George will be wanting to accelarate their game tomorow, as they sit only one point back from third place and well within grasp of a podium position.

With the qualification series now complete, the 73 boat Open fleet advance to gold and silver fleet for the final series, with 37 teams in gold and 36 in silver.

Sitting safely inside that cut is the USA brother partnership of Freddie Parkin/Jack Parkin, after making their mark in the 420 Open fleet, despite it being their first ever 420 World Championship together. Commenting on the enjoyment factor so far, young 12 year old helm Freddie, said, “It is fun, it is very fun. It is a lot more spacious on the line and bigger lanes racing, so no-one is really tacking on each other. There is enough space for everybody. In Optis everyone’s all next to each other and touching each other’s boats.”

Talented across many classes, earlier this month Freddie won the RS Feva North Americans, claiming five race wins and never scoring worse than fifth. The brothers’ pace and race track strategy at the 420 Worlds has been impressive, including a win in yesterday’s race 6 to sit in 15th overall.

“There are some of the same concepts,” continued Freddie on the comparison between the Feva and 420. “The big difference is the asymmetric spinnaker, and you sail the leeward side and the crew sits on the windward side.”

And finally on the joy of sailing with big brother Jack, he grinned, “It is nice, and nice to sail with someone experienced.”

420 success runs strong in the Parkin family, as older brother Jack won the 2016 Youth Sailing World Championships with helm Wiley Rogers, as well as picking up back to back silver medals at the 2016 and 2015 420 Worlds, and winning the 2015 420 Junior Europeans. Rogers/Parkin are now racing in the Olympic 470.

420 WOMEN
In the Women’s Fleet, France's Clara Olive/Solenza Mariani reclaim their slot at the top of the standings after an outstanding demonstration on the race track, to seize both race wins. They are on tiebreak 13 points with the Spanish team of Patricia Reino Cacho/Isabel Laiseca Bueno. Spain controls the leaderboard postiiosn 2nd through 5th, but there is a hefty 20 points advantage now established by the leading two teams and the chasing pack. Third to Laura Akrich Vazquez/Clara LLabres Rival (ESP).

420 U17
In the Under 17 Class, there is also a very tight match race going on between the two top teams. Spanish sailors Jacobo Garcia Garcia/Antoni Ripoll Gonzalez and the team from Greece, Melina Pappa/Maria Tsamopoulou. The Greek partnership just won the U17 Women's gold medal at last month's 420 Junior Europeans, and are only 1 point behind the Spanish.

Oscar Pousche/Luca Coslovich from Italy are only five points behind second place going in to day five of the Championship. 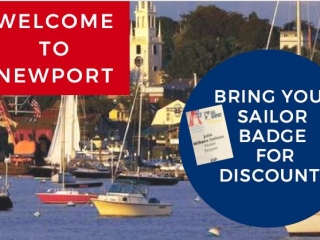