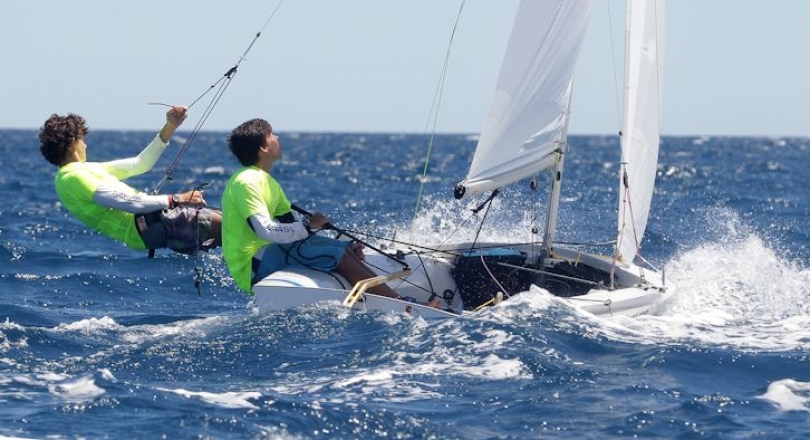 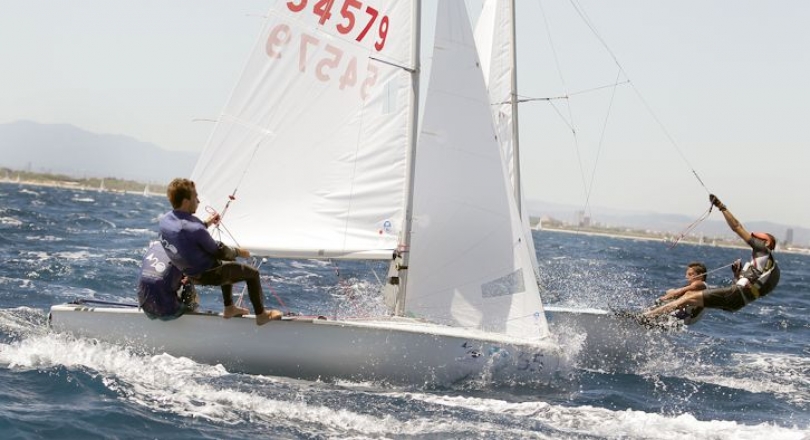 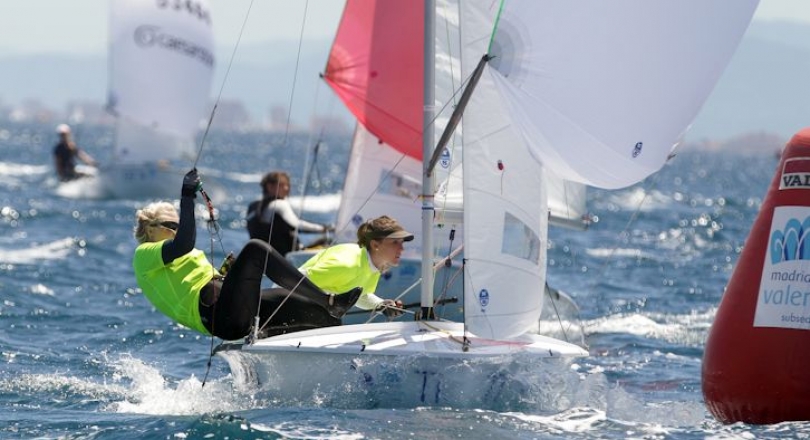 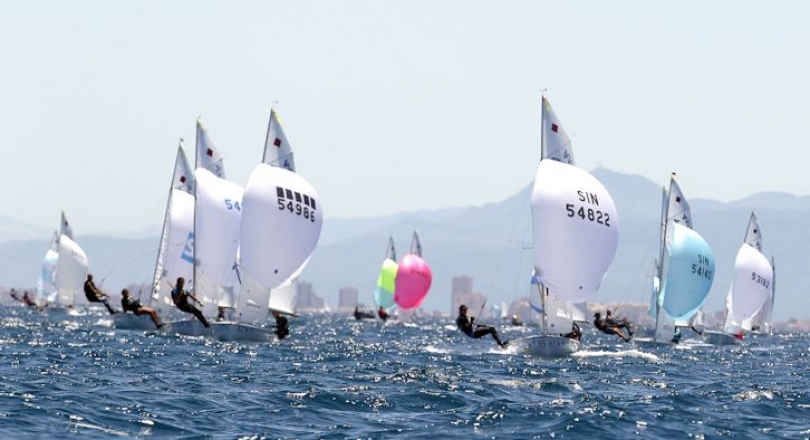 The second day of final races brought some up and down results for most of the top teams, testament to how tough racing has got in the gold fleet battle. Two more races today have positioned the leaderboard into some close points scenarios, with just two more races tomorrow to determine the ultimate World Champions

Teams had to wait a little for the wind to fill in, as it veered from southeast to east and increased in intensity throughout the day. Racing got underway in about 7-8 knots of breeze, up to 13-14 knots for the second race.

420 OPEN
Disaster in the opening race, with a broken halyard forcing the series leaders Tiago Brito/Andrei Kneipp from Brazil out of the race. They followed up with a 12th, for what has been their worst day of racing so far. As the points margin now closes, France’s Sebastian Simon/Pierre Rhimbault claw their way closer to the top, just 6 points behind the Brazilians.

Rhimbault is delighted with progress so far, saying, "For us it is a very good World Championships. We're back 420 racing just for this Worlds, and want to make a good performance. I think we can win tomorrow, because there is only a difference of 6 points and will try to win a few points over them, I think it is posible.”

Spain’s Jose Manuel Ruiz/Fernando Davila and Xavier Antich/Pedro Terrones are in third and fourth respectively after results at opposite ends of the fleet.

The brothers Santiago and David Mas, who were one of the title favourites, put on a performance for which they are renowned with a clear win in race 9, but too little to late for this pair who whilst they have every chance of making it through to the final top 10, will be hard pushed to get near the medals.

420 LADIES
The overall lead is still occupied by the British team of Annabel Cattermole/Bryony Bennett-Lloyd, who managed to offset their lacklustre result of 27th in the first race of the day with a race win in the second, to keep them at the front.

Relief for the Italians Sara Scotto di Vittoria Vettimo and Barbiero, who retain second place in the overall standings, with team mates and Championship leaders until yesterday, Carlota Omari/Francesca Russo who are back up in the podium places with a 37,6 scoreline.

Singapore’s 420 teams demonstrated their power, with first and second place in the first race of the day going to Kimberly Lim/Savannah Siew and Elisa Yukie Yokoyama/Jazlene Ong. Singapore took the gold and bronze medals in the 2012 420 Ladies Worlds, and this year the Lim/Siew partnership are hoping to build up from last year’s under-16 best placed team title and fourth overall. They are on track and with only 4 points separating them from the bronze medal, have every chance of standing on the podium tomorrow.

Chile’s Nadja Horwitz, who sealed silver at the 2012 420 Ladies Worlds, has put in another solid day of racing with new crew Malsh and goes into the final day in fourth.

“The fleet is a bit uneven, so the truth is that anything can happen tomorrow,” said Horwitz. "Nothing is decided, so tomorrow we have to go out like our first day. We've had good days and not so good, but we are trying to do our best and trying to learn from mistakes. We are tired because we came from the ISAF Youths and it has taken a while to find our pace. Anything can happen tomorrow. There are many good teams all fighting ... so nothing is done.”

Like her brothers, acceptance of defeat is what the reigning Spanish 420 National Champion, Silvia Mas with crew Nuria Miró, has had to come to terms with. They launched themselves into the 420 Worlds as one of the hot favourites, but are struggling in 40th on the leaderboard. Despite leading the silver fleet, it is not where they want to be. Mas said, "I prefer windier conditions, we feel more comfortable in them. Yesterday was a really good day, although we were not in the gold fleet, but in reality these two days of finals have been very good. We are happy to be here. You have to give everything and especially because next we will compete at the 420 Junior Europeans. At many International events we have been in the top 3, and the 420 Worlds was do be our most important event.”