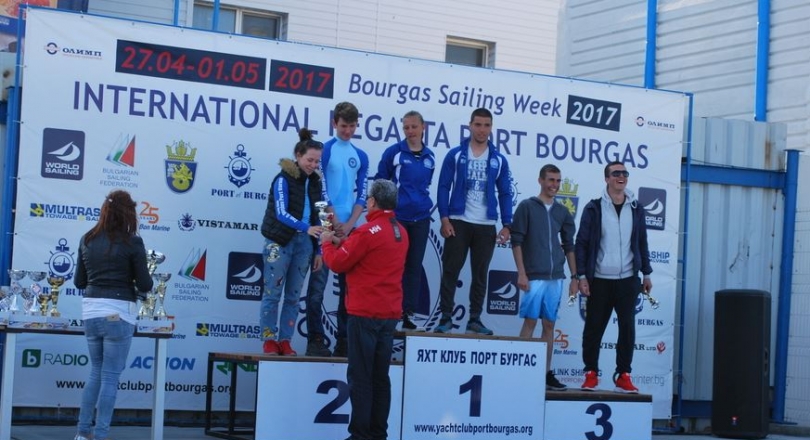 Vilana Dimtrova and Todor Slavov opened with a win, but it was not until race 5 that the pair regained a front of fleet finish. Stamo Tenev and Demetra Stoycheva finished the first race close behind in second, before taking the next three race wins. The two teams controlled first and second race over the entire series. Onto race 6, and with just 1 point between the pair it would be a battle of mind and skills around the track to decide the victor.

Dimtrova/Slavov took the race 6 win, but Tenev/Stoycheva fought back to claim victories in the final two races and with it wrap-up the series.

Behind the leading pair, the battle for 3rd place was just as intense between Evegni Atanasov/Ilko Petkov and Vladislav Marinov/Martin Georgiev, and ultimately the final place on the podium went to a tiebreak decider with 25 points apiece. And stepping up to third were Atanasov/Petkov.