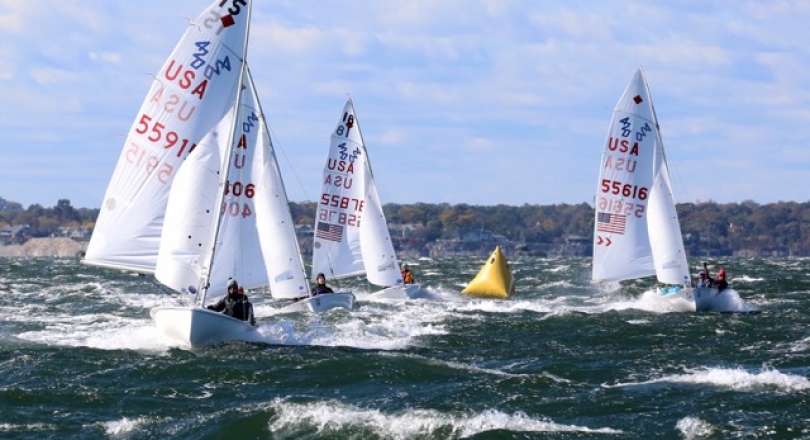 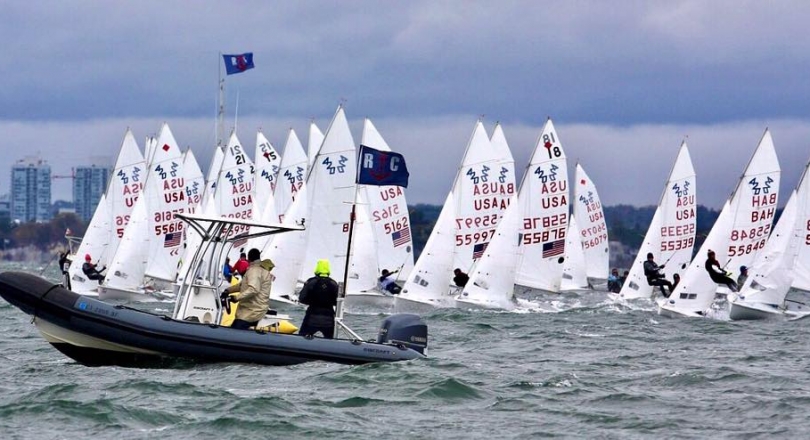 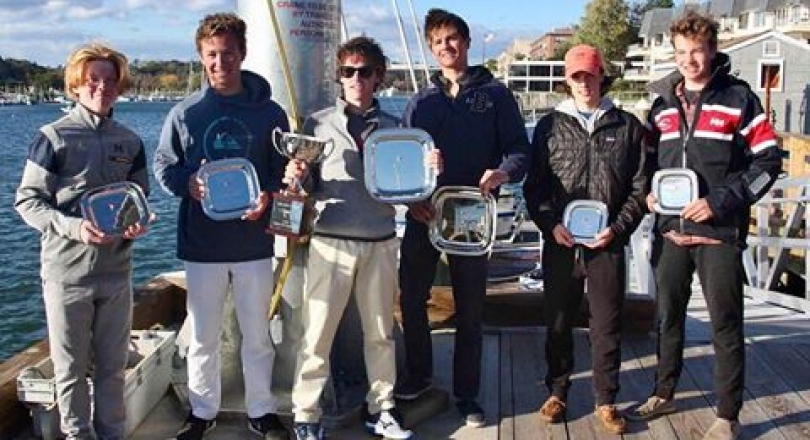 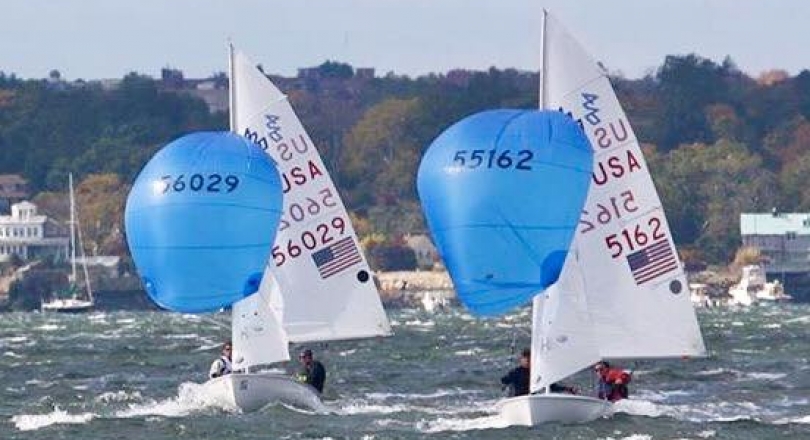 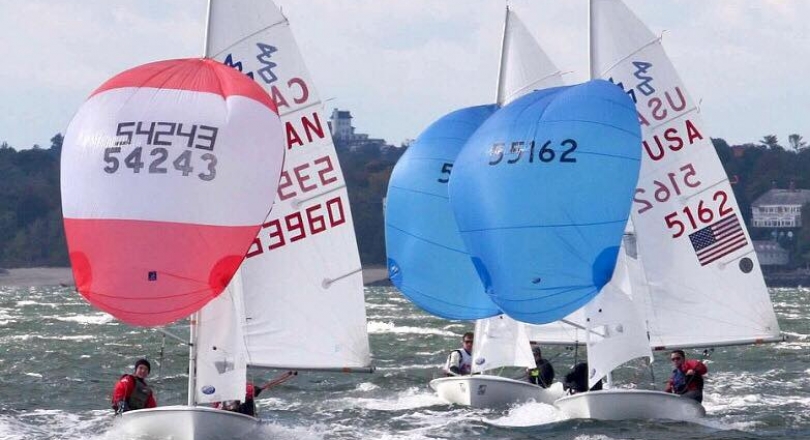 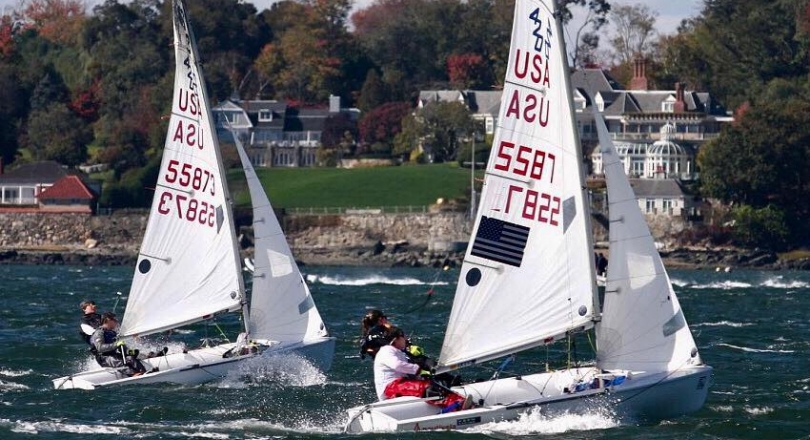 It was an epic weekend of big air autumn sailing on Long Island Sound as the thirty-one boat strong 420 fleet battled the conditions and each other for the 2016 Atlantic Coast Championship title. Twenty-nine USA teams were joined by a team from each of the Bahamas and Canada.

This news belongs to
2016 Atlantic Coast Championship
ALL EVENT INFORMATION

Wiley Rogers/Jack Parkin dominated the fleet, winning 4 of the 5 races, to hold a 4 point victory margin.

Second to TJ Danilek/Pierce Ornstein, who won the only race Rogers/Parkin did not. Canadians Patrick Wilson/Arie Moffat took the bronze.

The heavy air didn't hinder the lighter girl teams who were not overpowered in these conditions, a big benefit of the highly adjustable rig and sail controls of the I420.

It was very windy both days, a steady 18-20, with gusts around 25-30. A few massive gusts hit the fleet as they were sailing in on Sunday, causing some capsizes in the mud. TJ Danilek/Pierce Ornstein bent their mast and broke their centreboard in half on the way in from the last race.

In shades of the 2010 420 World Championships in Buenos Aires, much of the fleet did not set spinnakers on Sunday, and those that did only set on a couple legs, usually taking the kite down before jibing. And even the best went for a swim!

Thanks to Indian Harbor Yacht Club who did an outstanding job in very challenging conditions.