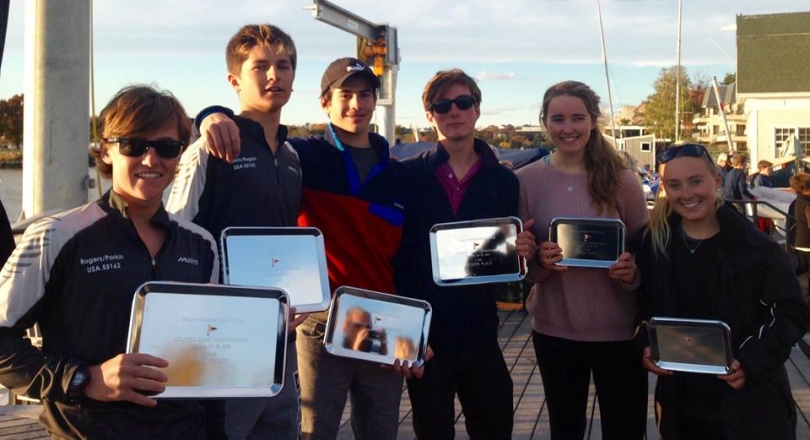 This news belongs to
2015 Atlantic Coast Championship
ALL EVENT INFORMATION

The final day of racing started with clouds and a little rain, but ended with clear skies, sun and temperatures in the low 70s! Twenty-nine teams contested a demanding 10 races over two days in ever changing conditions - an impressive outcome for teams and the Race Committee from Indian Harbour Yacht Club.

The significant entry list marked a milestone, making the Atlantic Coast Championships the second largest 420 regatta in the USA in over a decade, surpassed only by last summer's US Youth Championship.

Will Logue/Bram Brakman were on the tail of Rogers/Parkin throughout much of the regatta, including six 2nd place finishes, to finish second overall. Kathryn Hall/Ashton Borcherding put together a strong series and finished third, and claimed the top girl team spot

A new award this year - for the top team that has been in the boat for less than 12 months - was won by the fourth placed team of Dylan Ascencios/Hunter Skinner.