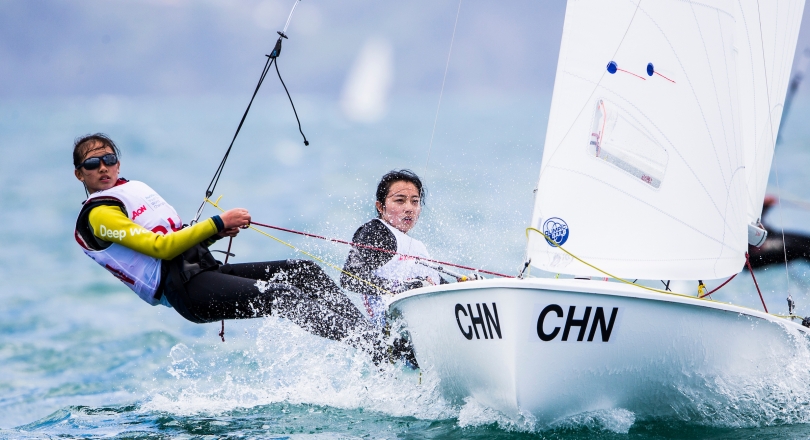 The Notice of Race for the 2017 edition of the Youth Sailing World Championships has been published.

The 47th edition of the Youth Worlds will be held at Sanya, Hainan Island, China, from 9-=16 December 2017, organized by Sanya City.

To compete at the Youth Worlds, sailors must be under the age of 19 years old on the 31st December 2017 and be nominated by their MNA.

With the Notice of Race released, Xu Zhenling, Vice Mayor of Sanya, officially invited the world's sailors to the island, commenting, "Sanya is a tropical seaside tourism city in the south of China. It is a fabulous place for sailing with the pleasant climate, beautiful scenery, clean water, comfortable sea breeze, gentle beach and fresh air."

"With the superior conditions, we are honoured to host the 2017 Youth Sailing World Championship, and bring the event to China for the first time. As the host, we sincerely welcome the youth sailors around the world to Sanya. We hope every sailor will enjoy the competition in this beautiful bay and gain a memorable experience together."

The Notice of Race outlines the details on the rules, regulations, entry guidelines, format, scoring, schedule, venue and courses for the nine sailing events at the 2017 Youth Sailing World Championships.

Italy is the current holder of the Nations Trophy, awarded annually to the top performing nation at the Youth Worlds. France is the most success nation through the history of the Championship, winning the Nations Trophy on a record 11 occasions and holding a record 79 medals: 29 gold, 31 silver and 19 bronze.