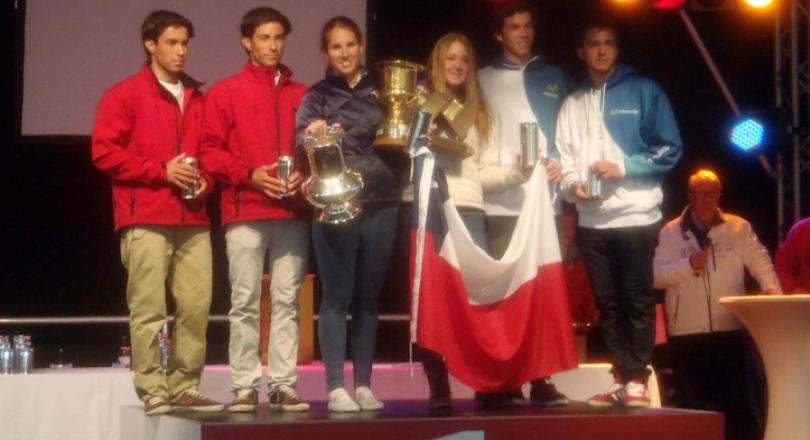 Fending off an initial lead in the Kieler Woche 11 race series from Spain’s David and Alex Charles, the event very clearly belonged to Nadja Horowitz/Francisca Fuentes from Chile who swept to victory with a 17 point margin over the Spanish team.

The 420 fleet was overwhelmingly the largest fleet at Kieler Woche with 143 teams entered.