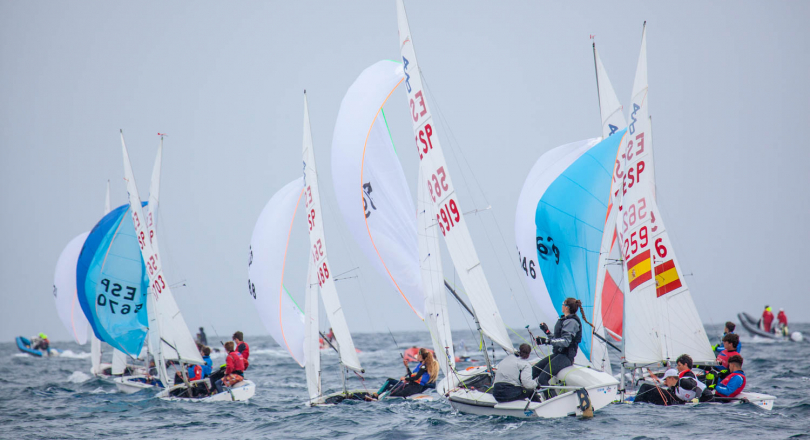 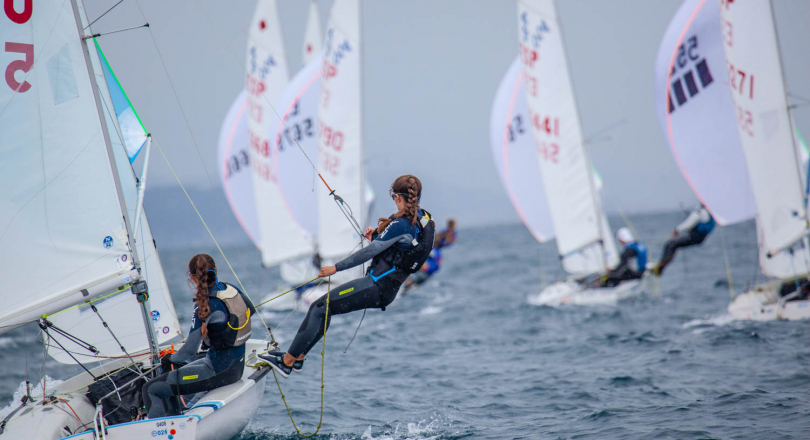 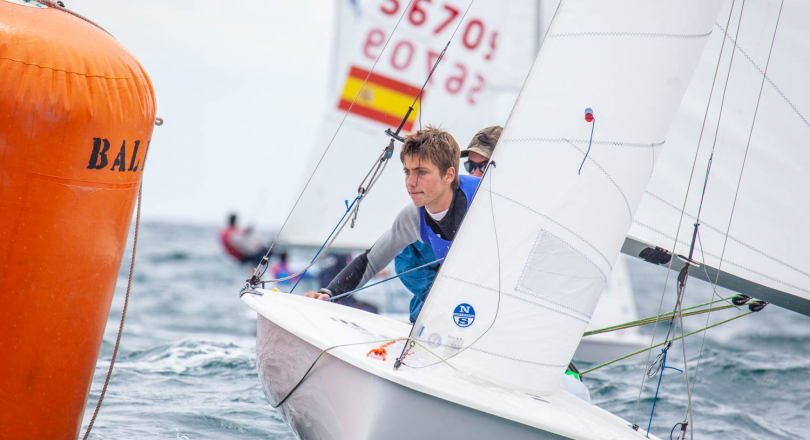 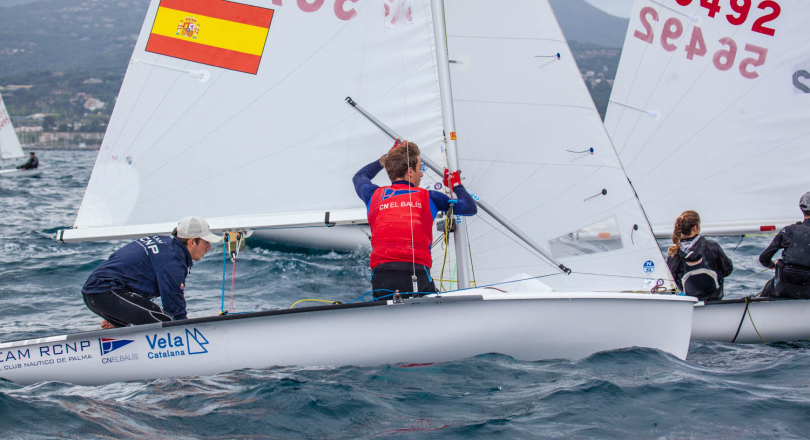 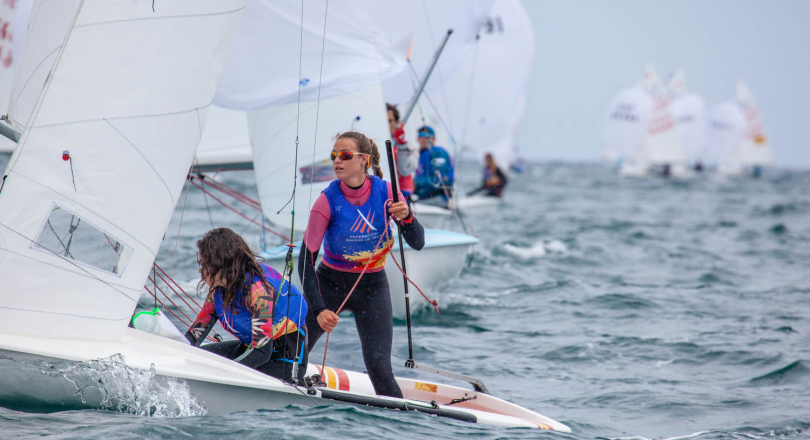 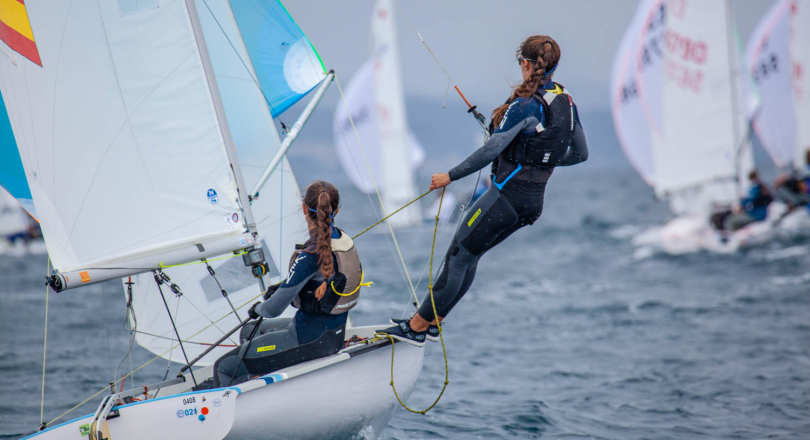 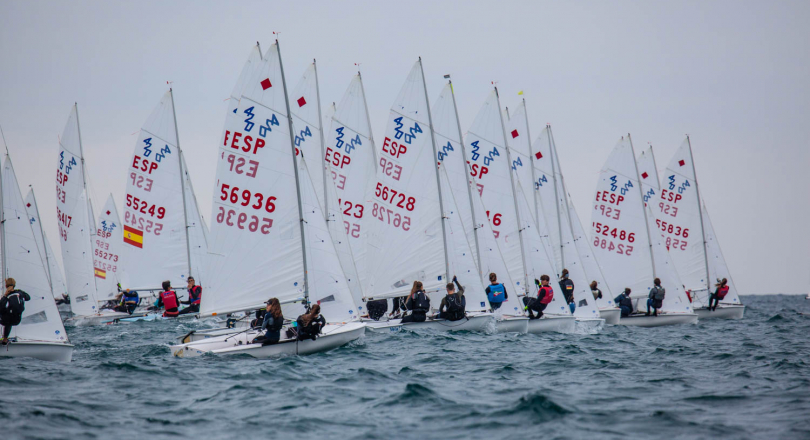 8 races were held during the three days of competition, with medium to light wind conditions.

Team formed by Neus Ballester / Andrea Perelló ESP –recently crowned 2021 National champions in Santander–  repeated their solid performance here in Catalunya, leading the event from the beginning and conquering the Overall, Women and U19 prizes with 27 points.

This girls are sailing together since 2018, when they left the Optimist class. Since then they have won many titles, including a World and European U17 title. This National prizes are a great boost on their preparation for the 2021 World Championships and 2021 Junior Europeans that will be held in a few months in Italy.

The Men's U19 title was for Ian Walker / Finn Dicke ESP, finsihing fourth overall with 43.

The U17 titles were for Maria Perello / Marta Cardona ESP and Marq Mesquida / Ramon Jaume ESP on places 9th and 11th respectively.

Gabriela Lodos / Tomas Bello ESP were the U19 Mixed champions, finishing 23rd in the overall ranking.

62 boats participated of this competition. 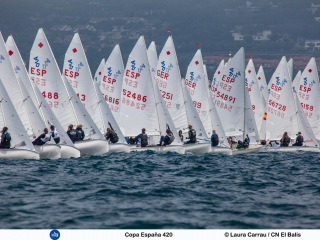