News 420 Gold to Spain and Italy 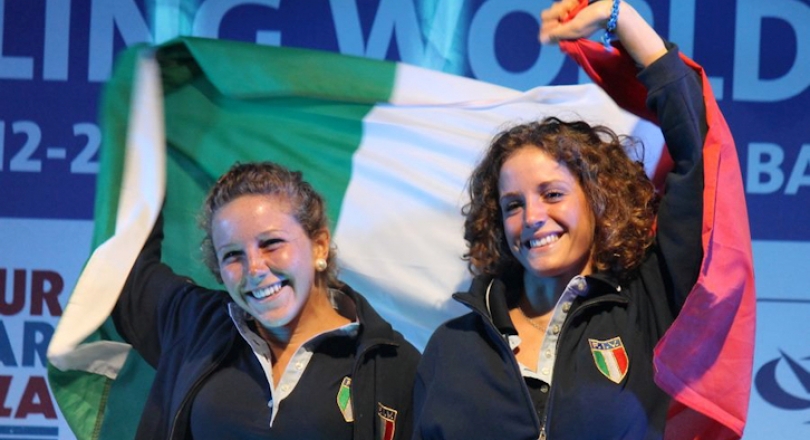 Cool heads and steely nerves were among the vital attributes required to achieve ultimate success as the 2012 Four Star Pizza ISAF Youth World Sailing Championships finished on Dublin Bay in Ireland. Across the seven different classes the finale was marked by light, conflicting breezes with at least as many title upsets unfolding through the day as there were expected winning scenarios playing out on cue. 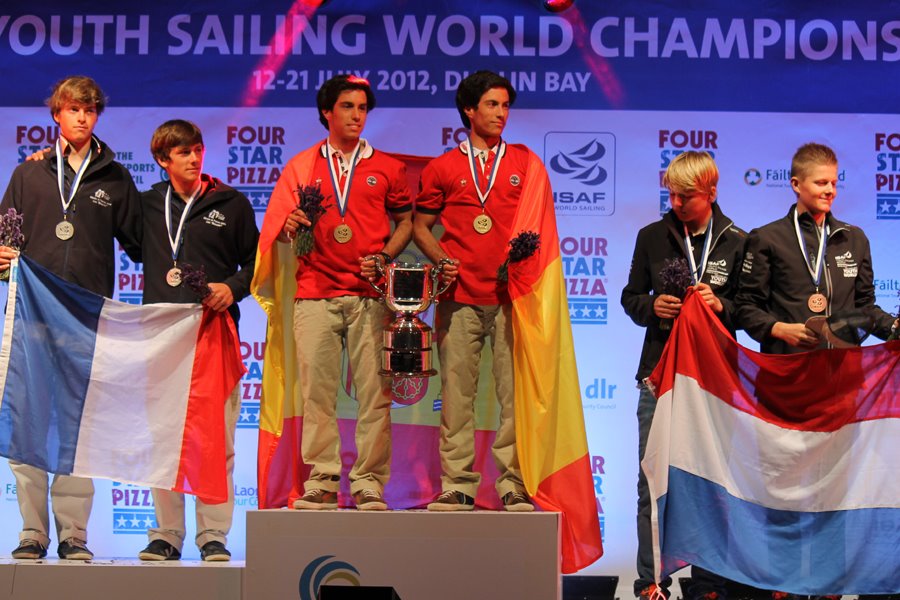 In the evenly balanced 420 Boys class a hard earned final race victory by Barcelona's twin Brothers David and Alex Charles won them the title, complementing the gold medal in the 29er skiff class which was secured on Thursday by club mates Carlos Robles and Florian Trittel.

The Charles brothers went into the last race in third, considering themselves outsiders for the gold medal, but they were able to capitalise on their own great start whilst their nearest rivals, the French pair which have lead most of the regatta - Guillaume Pirouelle and Valentin Sipan - tussled in the depth of the fleet with the Netherlands Pieter Goedhart and Lars Van Steklenborg

"We have been consistent in very difficult conditions and that has made the difference," concluded Alex Charles. 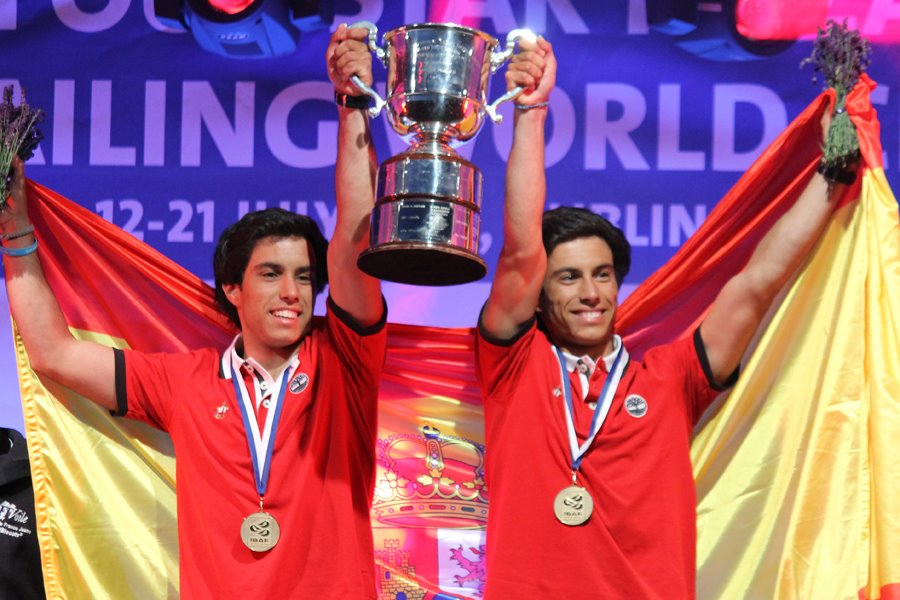 The Italian girls Ilana Paternoster and Benedetta Disale, from Genoa, held on to their consistent scoreline in the difficult conditions to land the 420 Girls title. Australia's Carrie Smith and Ella Clark struggled in the early part of the difficult final race and took silver ahead of Britain's Annabel Vose and Kirstie Irwin in bronze.

"We cannot believe we are world champions, maybe this evening or tomorrow it will sink in. We never even expected to get in the top five, far less win. But we have worked hard for it. We could look back and see where the Australians were and knew we could do it," said Paternoster. 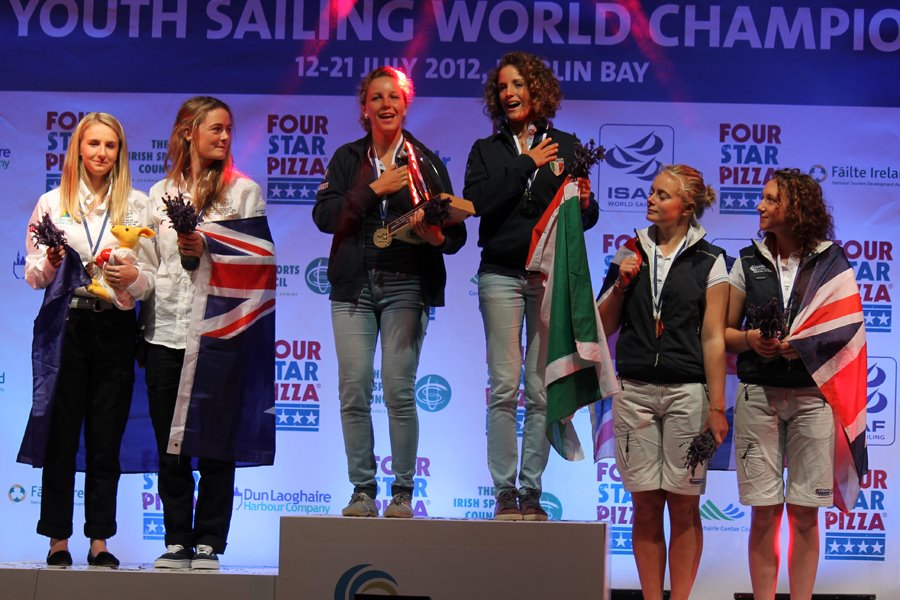 Congratulations to all the teams competing.