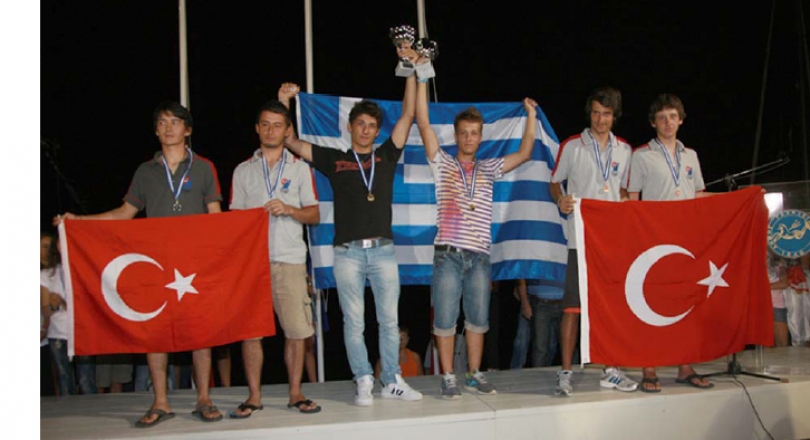 The 10 race two discard series was a closely fought battle with the three Turkish teams chasing hard to oust the Greek leaders from the top spot.

Zenetzidakis-Karagiannis/Kontakis opened their scoreline with a win, going onto take a total of four race wins, and a 13 point scoreline. Finishing in second overall on 18 points were Cafer Cicibiyik/Caner Cicibiyik (TUR), with Deniz Bagci/Kaan Tuna (TUR) one point behind in third.

Hosted by the Nautical Athletic Club of Galaxidi from 2-8 September, and organized with the Hellenic Sailing Federation, the 420 event was contested by teams from three nations – Bulgaria, Greece and Turkey.