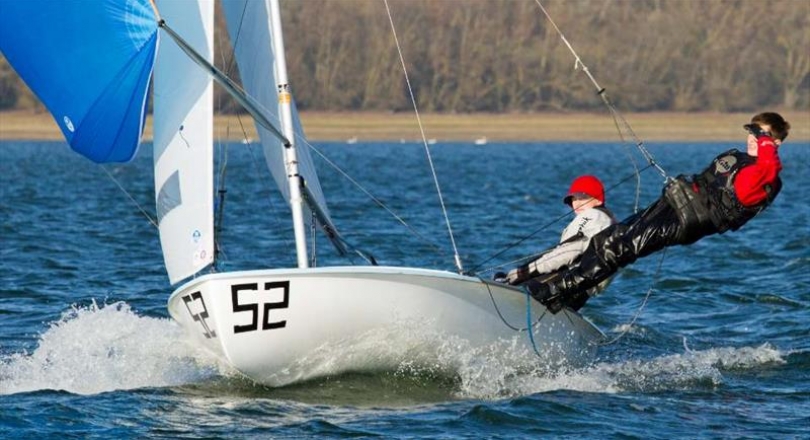 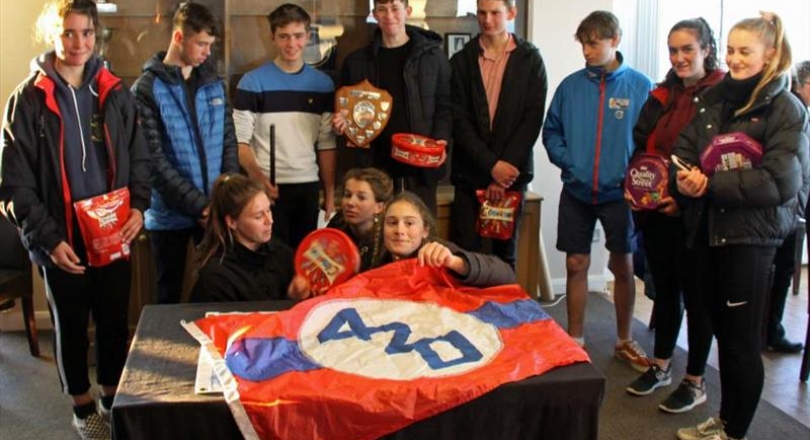 A fleet of 35 420 dinghies raced at Grafham Water SC for their 2018 End of Season Championship, 17-18 Noember 2018. Wrapping up a packed and successful season of racing, this turn out is indicative of the resurgence in the class, which has seen new helms and crews joining the class, and a rapid turn round of boats for sale.

This sets the class up well for 2019, where there's a busy programme of events already scheduled with the fleet due to make their first 2019 appearance at the Tiger Trophy on 1 and 2 February.

The conditions were lovely for day one, with sunshine breaking through the morning mist and a light breeze. The leading pack of 4 boats split away from the rest of the fleet with line honours going to Jamie Cook/Will Martin. Jack Lewis/Fraser Hemmings were second and the all girl pairing of Vita Heathcote and Millie Boyle were third.

Race 2 was abandoned after a dramatic windshift. The fleet returned, marks were moved and racing began. Cook/Martin once again claimed line honours, this time being chased home by Haydn Sewell/William Heathcote, with Lewis/Hemmings in third place.

Positions at the end of the first day were close with overall positions far from decided and plenty of chance for place changes during day two.

Another sunny day greeted the fleet with another light breeze across the water. Race five, the first of the day, saw a general recall and got away under black flag on start 2. Sewell/Heathcote must have been very glad that the spares bag in one of the RIBS had a gooseneck to replace their broken one, and even more grateful that they could replace the spinnaker pole which they damaged when fitting the gooseneck, using another spare, particularly as they got a second place in this race! Lewis/Hemmings took line honours, was second and Heathcote/Boyle took third place.

Lewis/Hemmings extended their lead with a win for race 6, with Bertie Fisher and Charlie Bacon taking second place and Cook/Martin pulling back to 3rd overall with a 3rd place in this race. Race 7 was got under way swiftly after race 6 and Lewis/Hemmings nailed this one again, with Keers/Chatterton in second, and Fergus/Harris third.