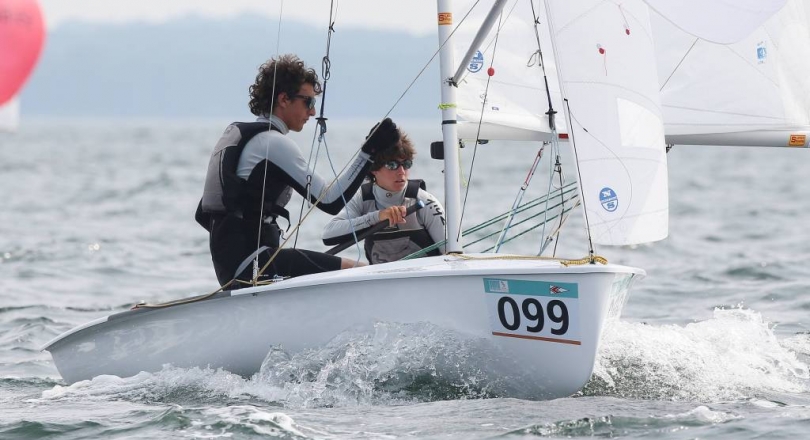 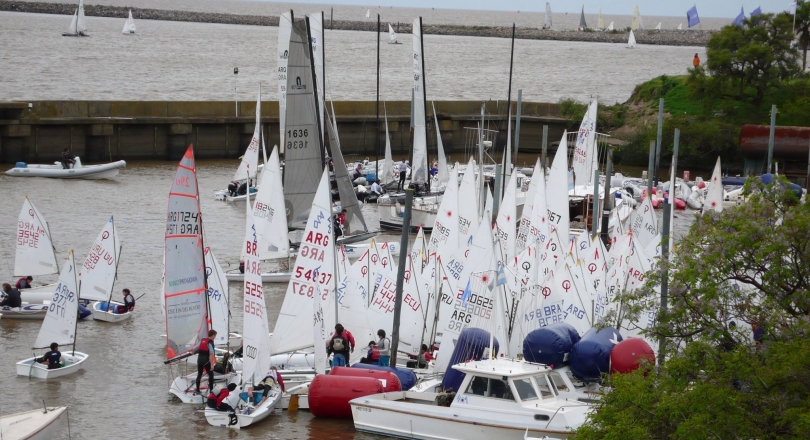 Five days of racing over two separate weekends did nothing to upset the consistent form of Agustín Romero/Fermín Jacobs who knocked out 4 wins from the 10 races to seal the win at Semana Buenos Aires by 12 points over Felipe Diniz/Ivan Aranguren.

The 2014 edition of Semana de Buenos Aires came to an end with the last races of the event in the Río de la Plata on Sunday 13 October. Five days of intense racing, crowned the winners of the 17 national and international classes.

The championship was held at the Yacht Club Argentino and had 635 registered boats in 17 national and international classes. Sailors from Argentina, Australia, Bermuda, Brazil, Chile, Ecuador, United States, France, Guatemala, Mexico, Monaco, Paraguay and Uruguay raced to prove their skills in the water of the Río de la Plata.

Twenty-two 420 teams from Argentina and Brazil lined up for this year’s event, but Romero/Jacobs never really released their grasp on the title. A black flag penalty in race 3 knocked them off the podium positions briefly, but they were back in control and again from race 4 with another win in the bag. Felipe Diniz/Ivan Aranguren were 2nd and Pedro Ciscato/José Villar in third.

Interesting to note that last year’s 420 winners, Nadja Horwitz/Carmina Malsch from Chile, are now campaigning in the 470 with Rio 2016 well and truly in their sights.