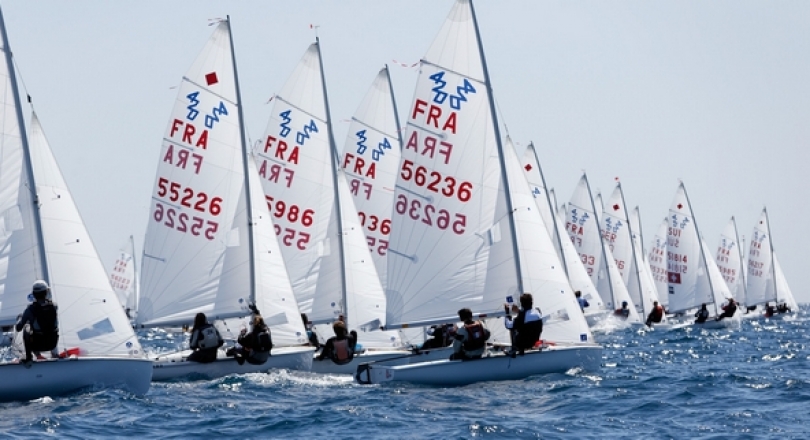 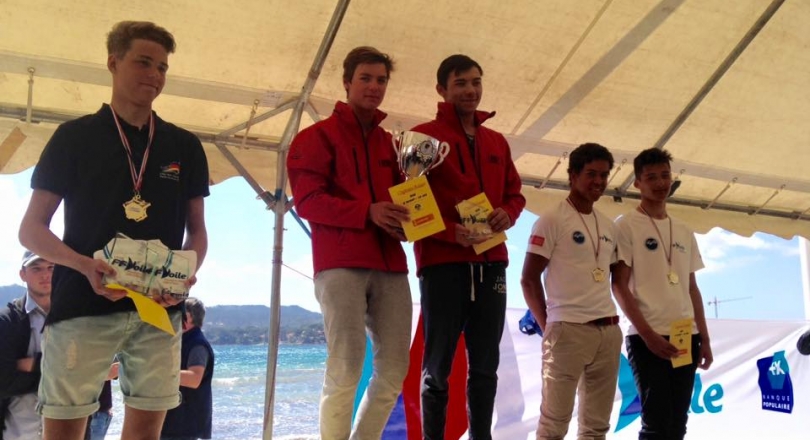 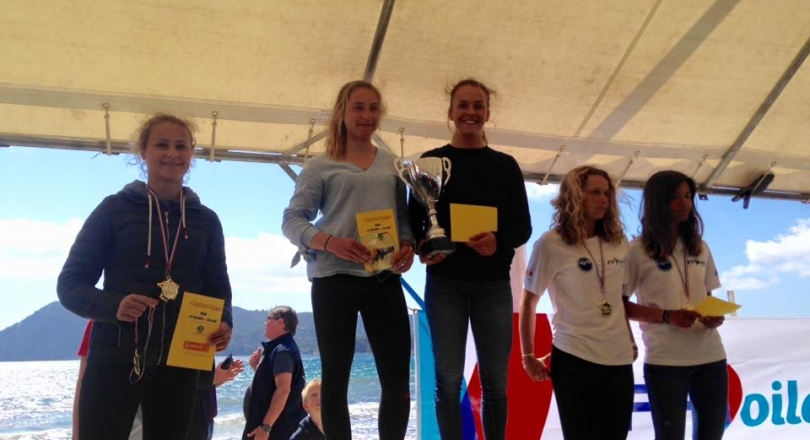 EIGHTY-ONE FRENCH, GERMAN AND SWISS 420 TEAMS RACE OFF AT CIMA

The annual Coupe Internationale Méditerranéenne de l'Amitié or CIMA as it is more fondly known attracted 81 teams from across France and beyond to contest the 12 series hosted by Yacht Club des Sablettes from 17-22 April.

The predominantly French line-up were joined by teams from Germany, Portugal and Switzerland.

Ten races down and going into the final day, points were close, with two concluding races to decide the overall and top boys and girls titles.

On the final day Jules Devic/Tim Carpentier (FRA) had a 3 point advantage over second placed Enzo Balanger/Gaultier Tallieu Gueydan. Both teams already had their discard race and another double-digit result on their scorecard, so they had to race a super consistent day to take the advantage. Ultimately, it couldn't have gone much worse for Devic/Carpentier as they racked up a 12,15 leaving Balanger/Tallieu Gueydan to leap ahead and claim the title from their results of 3,4.

Behind the two leading teams, neck and neck on points between third placed Colin Loirat/Yvon Larnicol and Philipp Royla/Kim Fernholz, with just half a point between them.  Bouncing back from a 10th in the penultimate race, Royla/Fernholas finished the final race in 2nd compared to a 16th for Loirat/Yvon Larnicol, and with it claimed third overall.