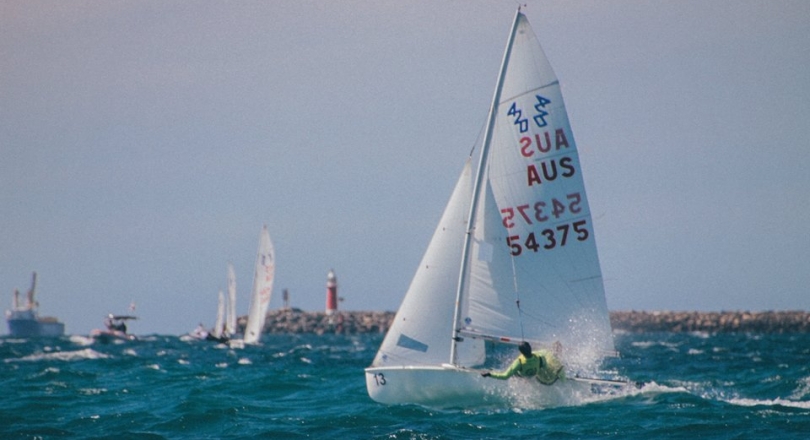 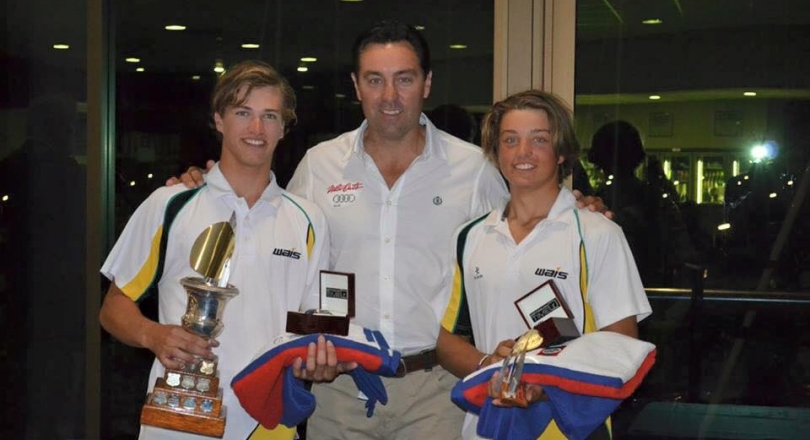 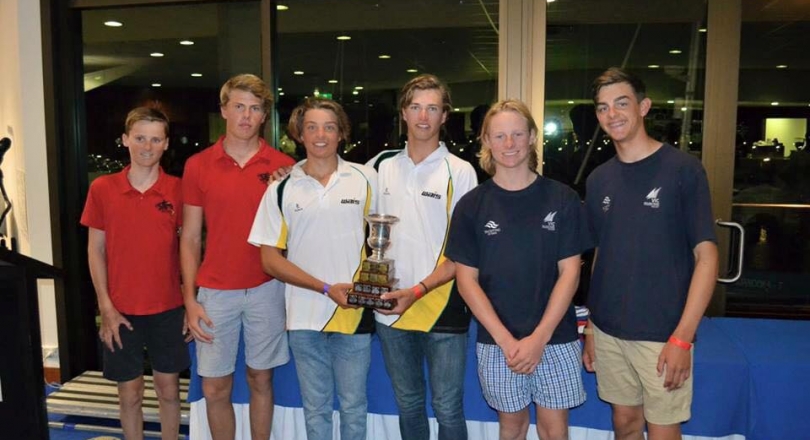 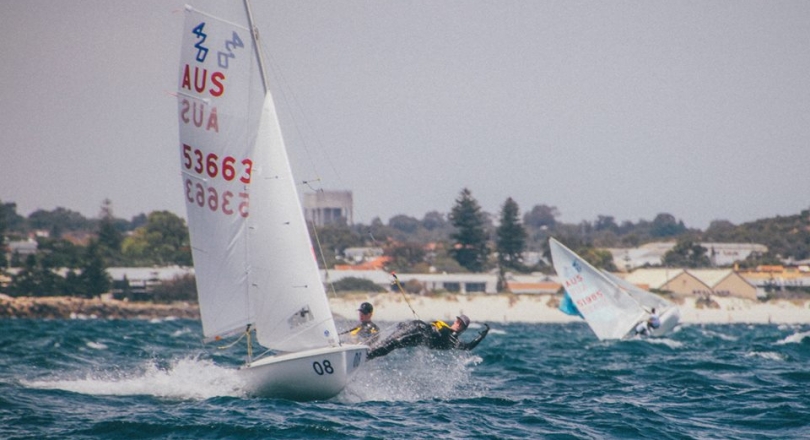 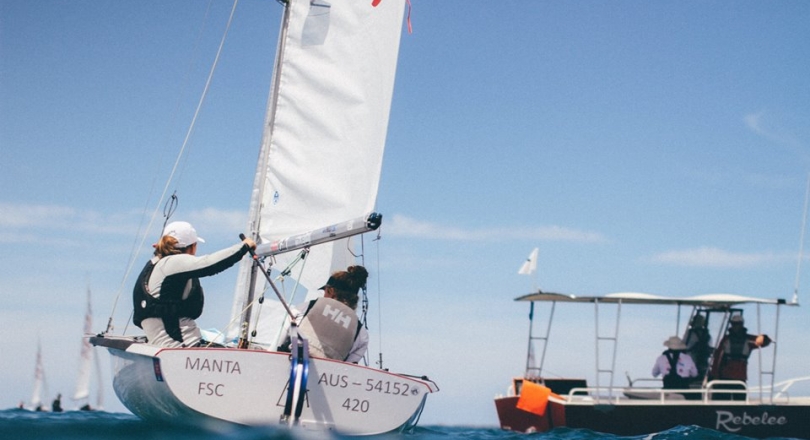 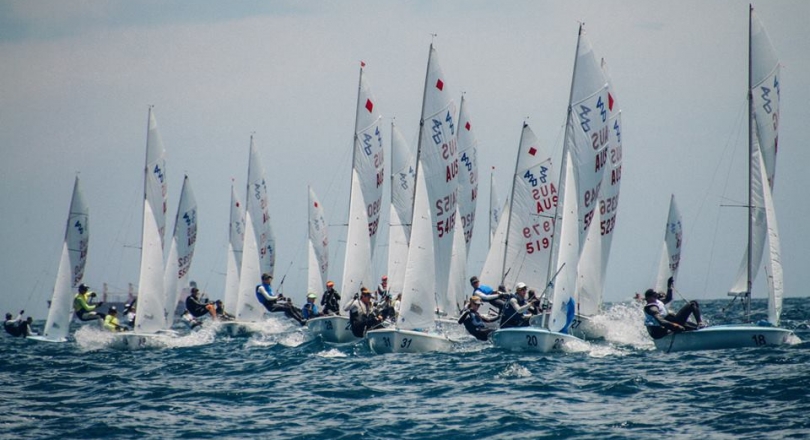 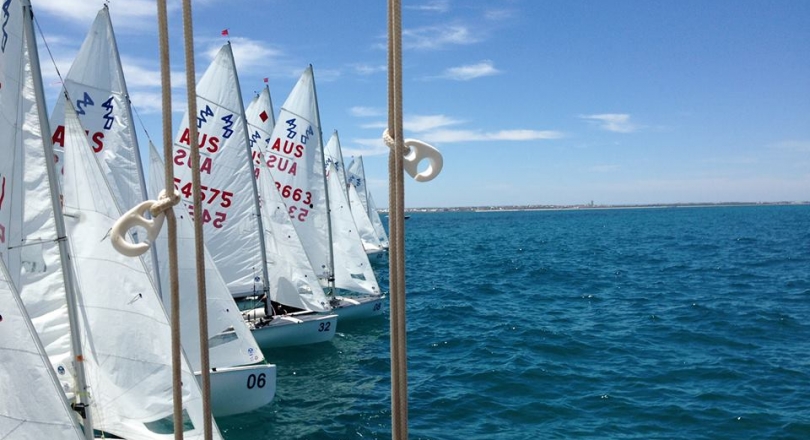 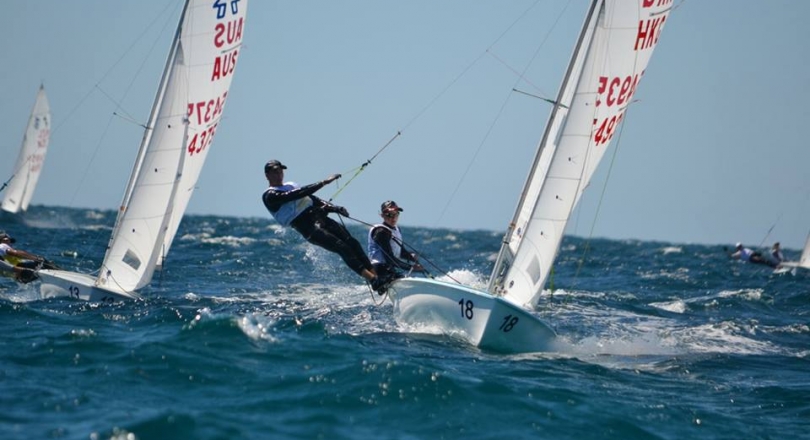 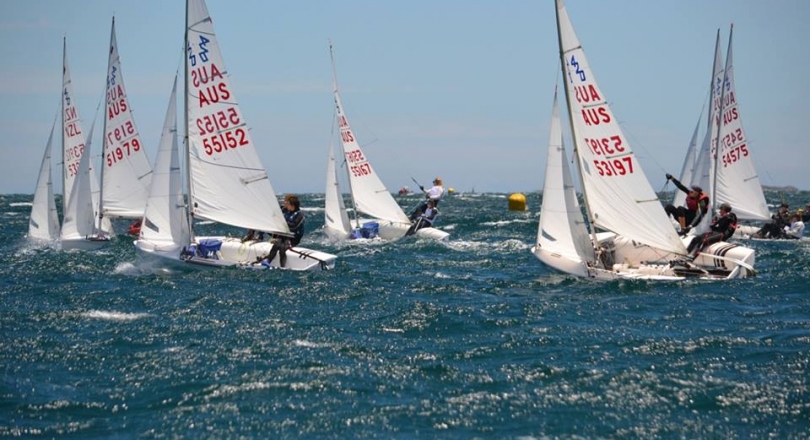 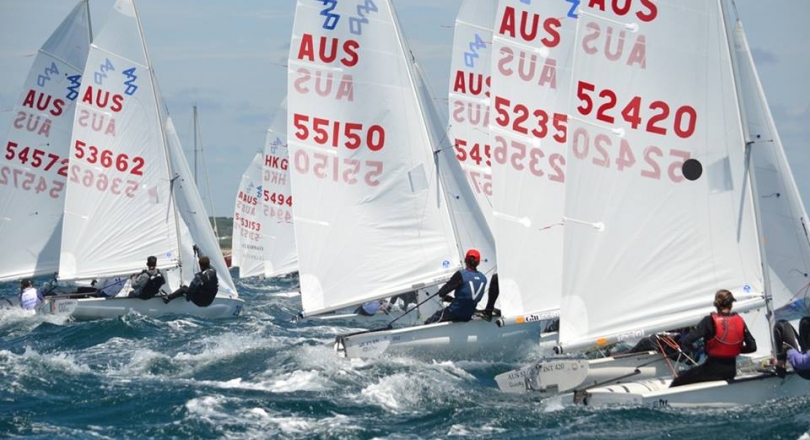 Teams from Australia, Hong Kong and New Zealand converged for the 2015 Australian 420 National Championships hosted at Fremantle Sailing Club, Perth, one of Australia’s iconic sailing venues and home to many well-known sailing personalities.

Thirty-six 420 teams contested the 12 race series which took place from 29 December to 3 January, with New Year’s celebrations in between.

Hong Kong’s Calum Gregor/Hugo Christensson took the early lead for the first two days of racing, with Emerson Carlberg/Lachy Gilmour (AUS) taking over the yellow leader bibs from race 5. Carlberg/Gilmour really found their groove after winning race 5, going on to take out back to back wins in races 6 and 7 too.

A strong early showing from Nia Jerwood/Lisa Smith saw them in the top three overall and ranking as the top placed girls team. The tight scoreline meant every place in every race counted and as the Championship progressed they slid a few spaces down the leaderboard.

Going into the final two days of the Championship, the breeze stayed strong. Two races on the penultimate day in a 16-22 knot breeze saw Carlberg/Gilmour extend their lead and go into the final race with an 18 point lead over their closest contenders Gregor/Christensson, with James Grogan/Nicholas Sharman (AUS) in third.

One final race on Saturday 3 January and the early 8 knot breeze built to 16-22 knots. Carlberg/Gilmour knocked out a 6th place finish which easily gave then the Australian 420 National Championship title for the second consecutive year. No change behind the winners with Gregor/Christensson in second and Grogan/Sharman in third. 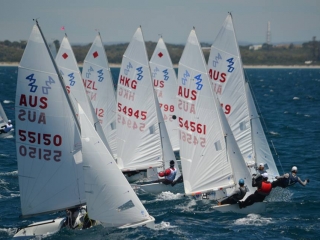