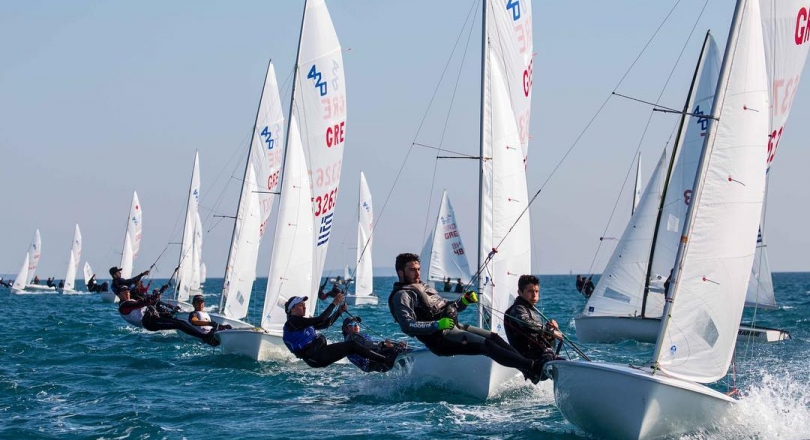 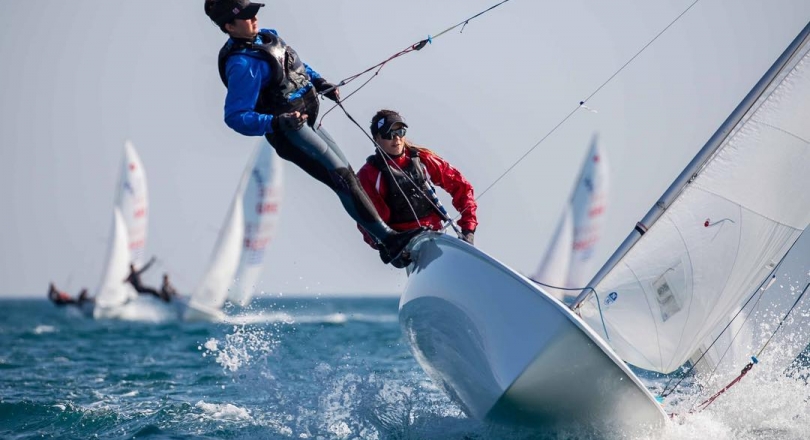 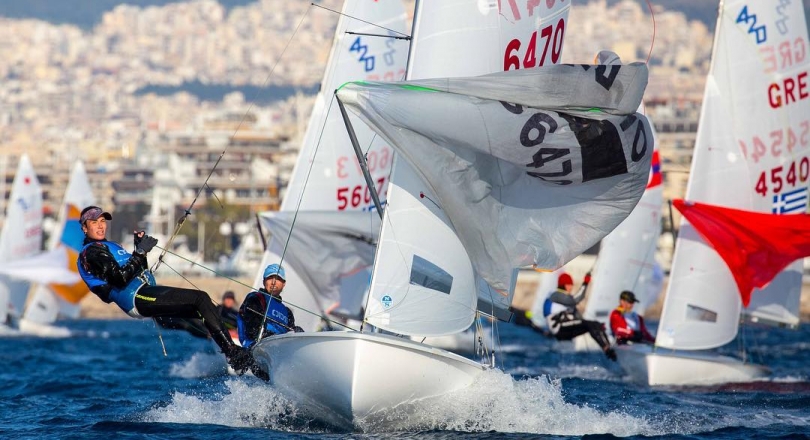 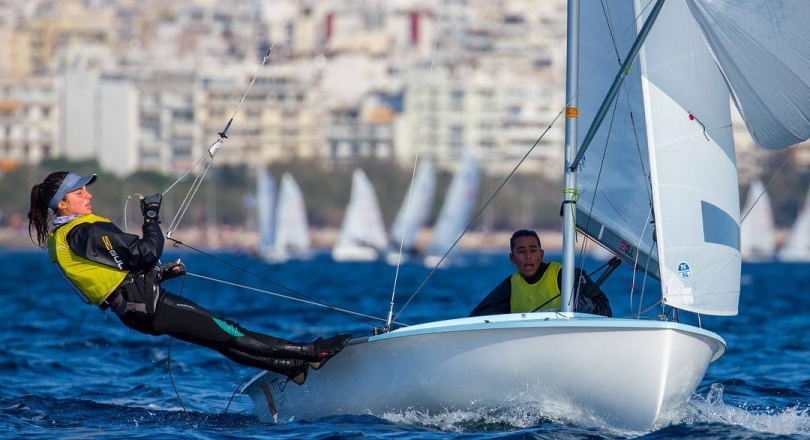 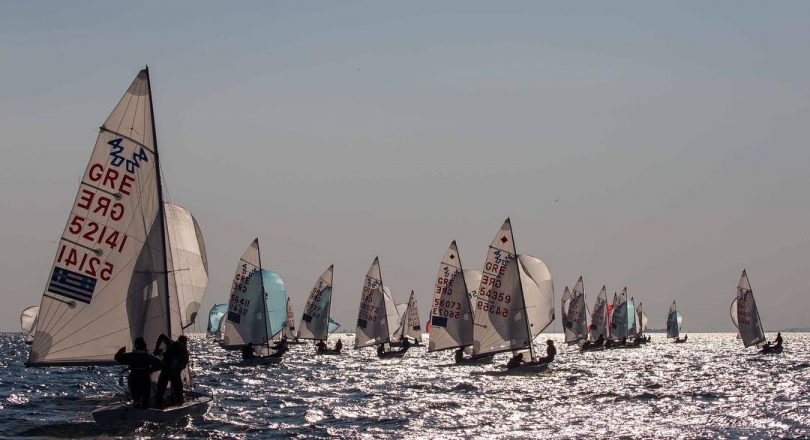 2019 Athens International 420 Sailing Week, incorporating the Greek 420 National Championship, attracted a field of 40 teams for the 11-race series hosted by the Yacht Club of Greece, 22-25 March 2019.

The event was also event #3 of the EUROSAF 420 Race Circuit, which comprises five events across Europe.

Held from 22-25 March in a mainly strong northerly breeze, it was all change on Monday's final day as the wind died and the fleet were kept under postponement. A light breeze soon kicked in to complete the remaining 3 races and unveil the closing tussle for the podium.

Going into the final day in second place, just 2 points off the overnight leaders Melina Pappa/Maria Tsampoulou, were Ariadni Spanaki/Myrto Papadopoulou who knew they had to push with all they had to shift up the podium. The pair put on a superb show, racking up three back to back race wins, controlling the fleet and leaving Pappa/Tsampoulou on the back-foot and trailing around the track. Spanaki/Papadopoulou converted a 2 point deficit to a 10 point winning margin, with Pappa/Tsampoulou finishing in second, and 31 points behind were Odysseas Spanakis/Konstantinos Michalopoulos.

The third placed women's team (in 8th overall) was Christina Mazaraki/Chrysa Marinou. Second placed men were Nikos Karagiannidis/Alexandros Papaioannou (in 4th overall)  and third men (in 5th overall) were Iakovos Dedes/Aimilios Spanopoulos. Prizes were awarded to Open, U19 and U17 divisions.

EUROSAF will award medals to the top placed Boys/Mixed U19, Girls U19 and Open U17 teams across the five events of the 420 Race Circuit.The best boys’ and girls’ teams under 19 and the best team under 17 will be eligible for an extra starting place (over the quotas for their nation) at the 2019 420 Junior European Championships in Vilagarcia de Arousa, north-western Spain, 23-30 July 2019, with the entry fee waived.

Worth noting that so far that after 3 events, the standout performance goes to Jonathan Steidle/Leonardo Honold (GER) who finished 3rd at Imperia Winter Regatta, won Vilamoura Carnival Regatta and finished 6th at the Greek Nationals. 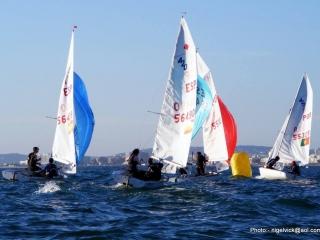