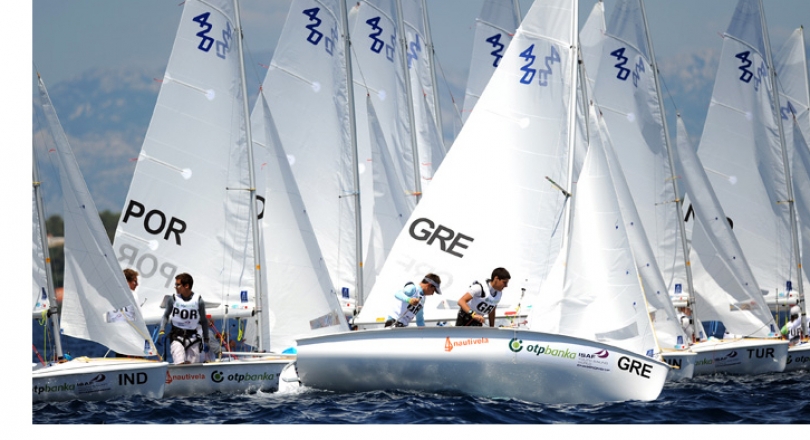 A strong U.S. Virgin Islands team in the 420 Boys and Girls will be heading to Dublin, Ireland for the Four Star Pizza ISAF Youth Sailing World Championship.

Barrows stormed to a comprehensive gold in Singapore by a 16 point margin and the 17-year-old is set to make his ISAF Youth Worlds debut. But despite being one of the newcomers he knows what it takes to win, “At the Youth Olympic Games I learned that you need to keep yourself calm and focus on just doing a good job,” said Barrows. “You can't think about the pressure or let the pressure get to you.

“At the Youth Worlds I intend to follow the same strategy and not let myself get too worked up.”

Sailing is just part of the package when competitors head to the Youth Worlds and Barrows will be representing his country on and off the water, “I thought it was a privilege to represent my country at the Youth Olympics. I enjoyed meeting kids from other countries and getting to know them. I had a lot of fun at the Youth Olympic Games and I think that made me a better competitor. Going to the Youth Worlds means that I have another chance to make friends and make kids from other countries think well of the Virgin Islands.”

The 2012 Four Star Pizza ISAF Youth Worlds 420 boys fleet welcomes back Juan Manuel Garcia Rodriguez and Facundo Mario Olezza (ARG) who finished fourth at Zadar 2011. The Argentineans will want to go at least one place better in Dublin.
Other returnees include Guillaume Pirouelle and Valentina Sipan (FRA) who came fourth in Zadar. Since 2011 helm Pirouelle has gone on to finish on the podium at three ISAF Grade 4 Match Race regattas and should the situation arise in Dublin he’ll look to use those skills.

In the 420 Girls fleet Agustina Barbuto is set for her third appearance at the regatta, this time as helm with Graceann Nicolosi. Barbuto had previously finished 14th at Istanbul 2010 and third at Zadar 2011 as crew with Nikole Barnes.

The pair were on ISAF’s Athlete Participation Programme for Zadar 2011 and Barbuto enjoyed the Croatian experience, “I thought last year's ISAF Youth Worlds was great,” she said. “The opening ceremony was amazing and the racing was great. I loved the venue and the people. The organization of the event was one of the best I have seen.”

But Dublin 2012 will be a different experience for Barbuto as she takes to the helm, “I am expecting Dublin to have very good sailing conditions. Graceann and I are expecting a hard challenge and we want to learn as much as possible from the experience.”

Carrie Smith and Ella Clark (AUS) finished fourth at Zadar 2011 and will be back for more Youth Worlds action at Dublin 2012. “The best thing about Youth Worlds is the feeling of not knowing what to expect,” said Smith “It's like you're blind folded and all you have is your raw physical and mental talent. Everyone is equal and it just comes down to how you perform on the day. Meeting all the other athletes is also a great experience and you really make lifelong friends.”

Other returnees include Viviam Alencastro and Mercela Rocha (BRA), Nadja Horwitz and Francisca Fuentes (CHI), Adriana Rodes and Lucy Brugman (ESP), Paulina Rothlauf and Madlen Geisler (GER) and Na Kyung Lee and Seo Eun Choi (KOR).
Making their ISAF Youth Worlds debut will be the 2010 and 2011 Optimist World Champions. Noppakao Poonpat (THA) won in Langkawi, Malaysia in 2010 whilst Kimberly Lim (SIN) took the honours in Napier, New Zealand in 2011.
Poonpat will be sailing as helm alongside Panida Suksonporn whilst Lim will sail with Savannah Siew.