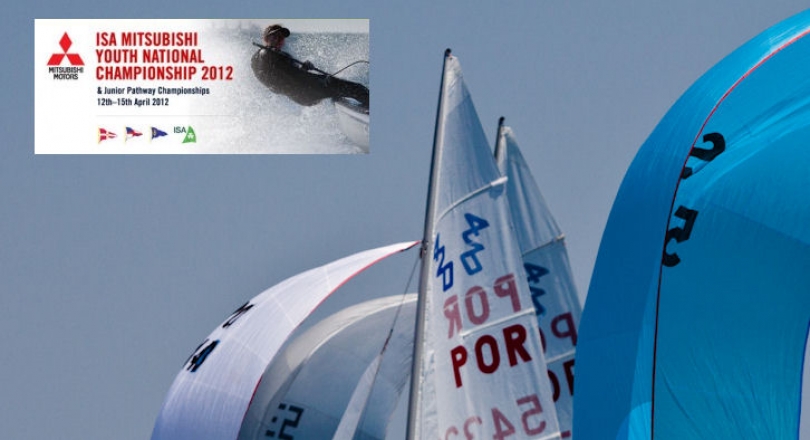 For youth sailors, this event is the most important event in the annual calendar as it is the decider for the top Irish sailors to compete internationally during 2012 and is the pathway for future Olympic sailors.

Not only will the ISA Mitsubishi Youth Nationals be an important event for youth sailors, it is also a major milestone for the organisers of the 2012 ISAF Youth Worlds as it offers them the opportunity to finalise the logistics of managing such a large event incorporating three clubs, three race courses and hundreds of volunteers.

"We are in the final planning stage for the ISAF Youth Worlds so it is a great opportunity for the organising committee and the hundreds of committed volunteers to test drive systems during the ISA Mitsubishi Youth Nationals just three months in advance of the Youth Worlds which is the considered the youth Olympics in the sailing world," stated Event Chairman Brian Craig.

In excess of 350 sailors and windsurfing champions from over 60 nations will participate in July 2012. The granting of this prestigious sailing event to Ireland is a major boost to the sport and secures Ireland's position as an ideal location for hosting world class sailing events. It also establishes Dun Laoghaire as one of the prime major racing locations in the world, capable of running multiple classes and courses to the highest international standard.

"The ISA Mitsubishi Youth Nationals is a significant event on the racing calendar. It involves young sailors from all of the 'Olympic Pathway' classes, some of whom are competing for places on the team that will represent Ireland in the ISAF Youth Worlds which will be held in Ireland for the first time in July. The ISA Mitsubishi Nationals are even more important for young Irish sailors this year as they will be sailing alongside some of the best youth teams in the world preparing for July," commented ISA Chief Executive Harry Hermon.

Mitsubishi Motors have been a proud supporter of junior sailing in Ireland for the last eight years. In recent years Ireland has had successes at youth level with winner of the girls Laser World Championships, a top 10 at the 2010 ISAF Youth Worlds and wins at the British National Optimist Championships. Mitsubishi Motors have played an important role in these successes by sponsoring the Youth Nationals.

Four hundred sailors from around the country are expected to compete for national youth and junior pathway titles and the Mitsubishi coaching grant during the event. As this will be a test event for the ISAF Youth Worlds, teams from other countries such as Great Britain, New Zealand, Mexico, Japan and Canada have expressed an interest in participating. It is recommended that sailors register early for this event at www.dublinbay2012.com and avail of a discounted online entry.