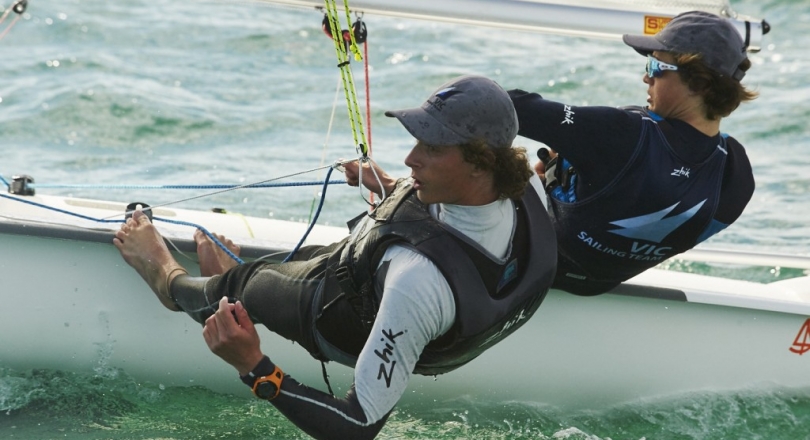 LACHLAN CALDWELL/JAMES HACKETT COME OUT ON TOP AT SAIL SANDY

This news belongs to
2018 Sail Sandy
ALL EVENT INFORMATION

Featuring multiple classes, the 420 was the strongest fleet of the youth two-person dinghy classes.

Scoring their worst result of the series in the opening race, Lachlan Caldwell/James Hackett soon bounced back to form, and despite neck and neck racing between the top three teams, managed to hold off their rivals' assault. Going into the final race the pair sat one point ahead of Matilda Richardson/Lily Richardson and James Jackson/Harrison Champman who were both tied on 15 points.

A narrow win in the deciding final race kept Caldwell/Hackett victorious, and the order remained the same behind.