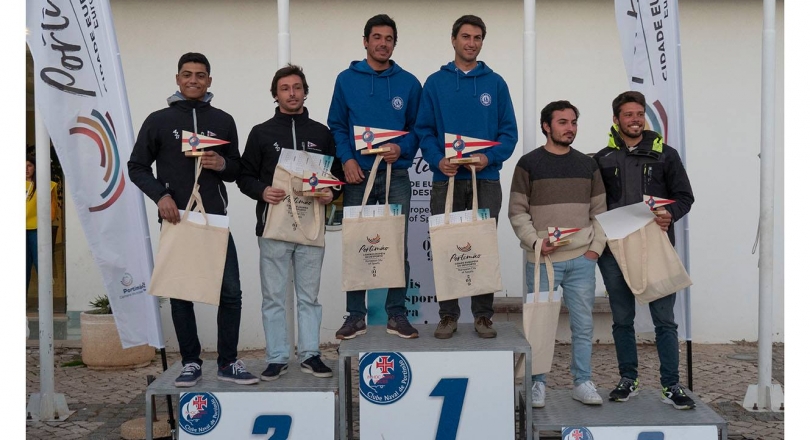 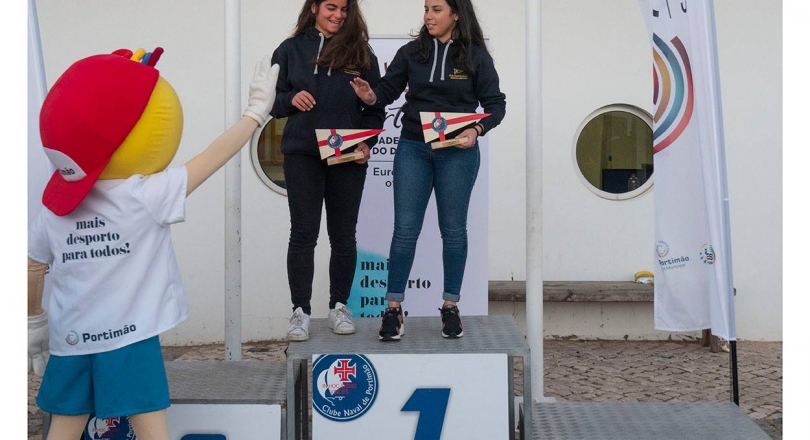 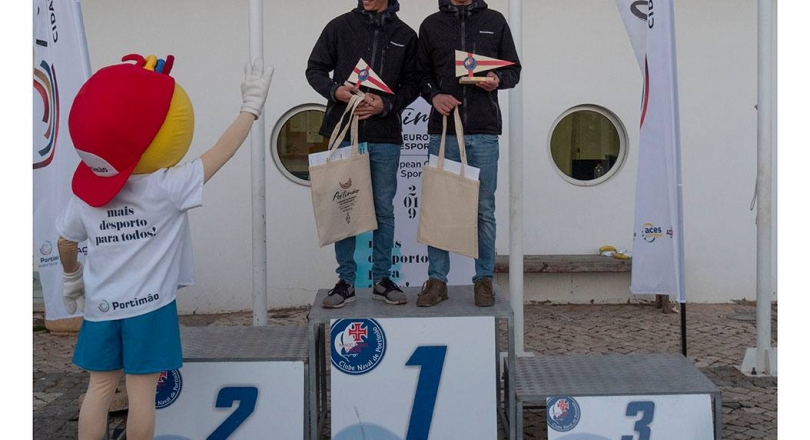 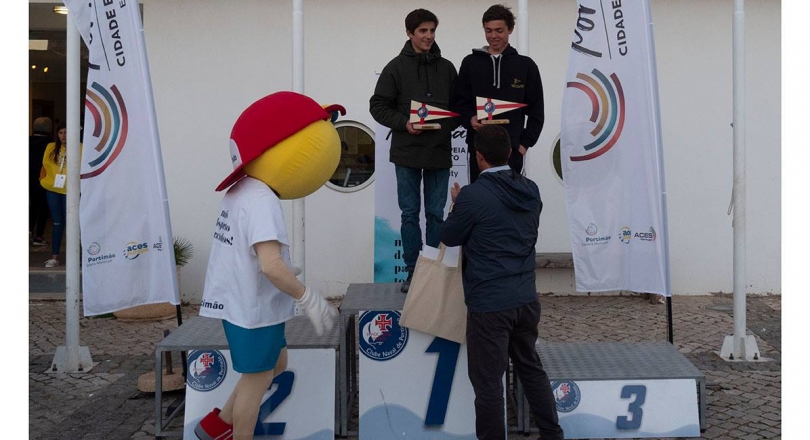 The mainly Portuguese line-up was joined by six Spanish teams for the 4 races contested over two days. Day 1 featured big waves and strong winds, with the wind dropping to a light breeze test on Sunday.

Overall winners of the 42-boat fleet were Luis Niza/Paulo Baptista who wrapped up victory with a race to spare from their 1,1,2 scorecard. Behind, Antonio Pereira/Joao Bolina also knew they had their second place leaderboard placing confirmed, with the battle left to unfold for third place. Both teams sailed the final race, but kept clear of the front of the fleet, allowing a new team to claim the race win.

Diogo Pereira/Goncalo Pires went into the final race in 4th overall, but their race win meant they could overhaul Manuel Fortunato/Frederico Baptista to end the event in third position.

Next up in Portugal is the 2019 Portuguese National Junior Championship, 15-18 April at Capable Planet Club Nautico.