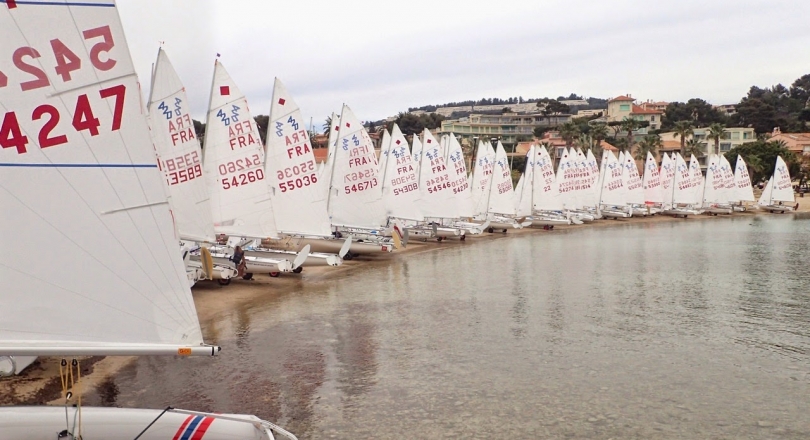 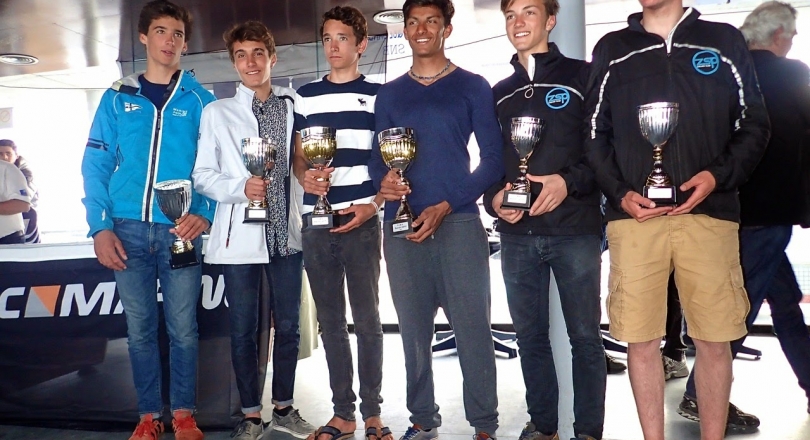 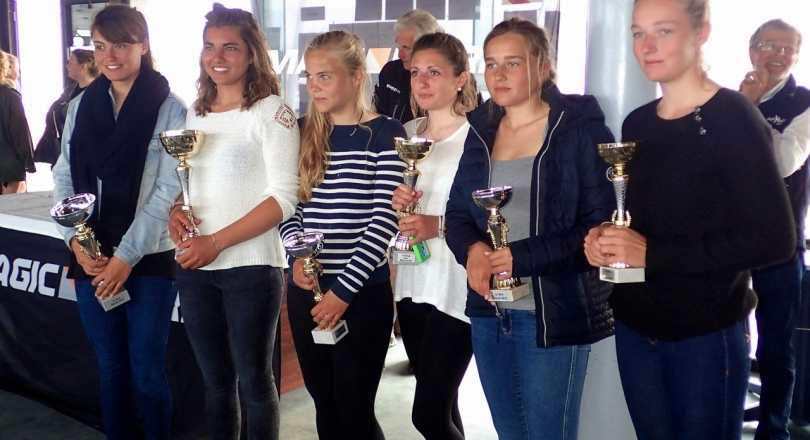 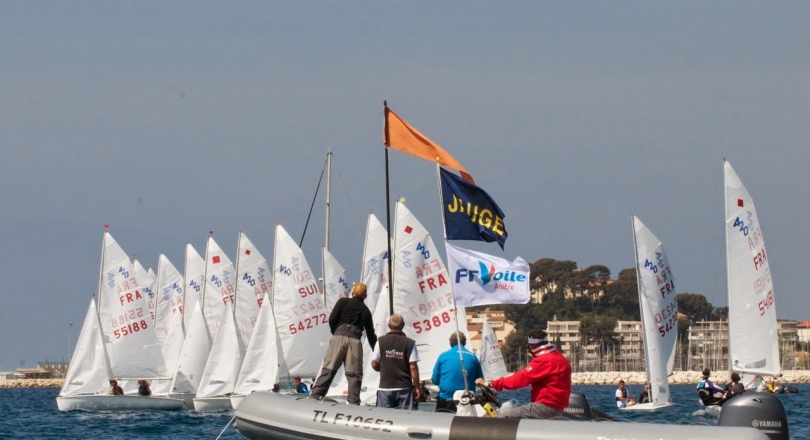 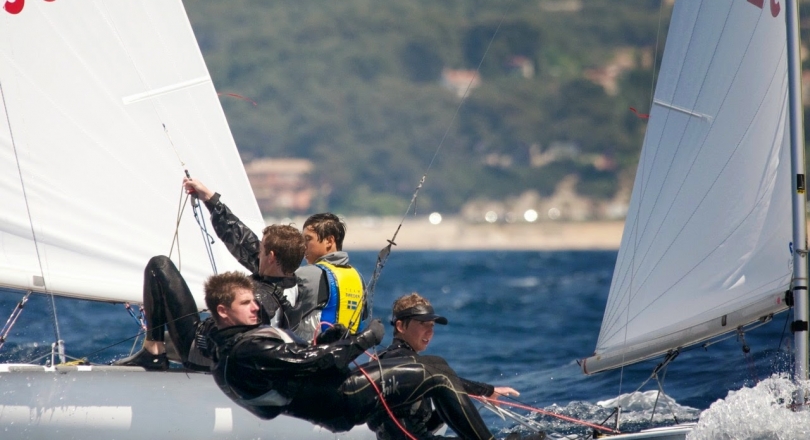 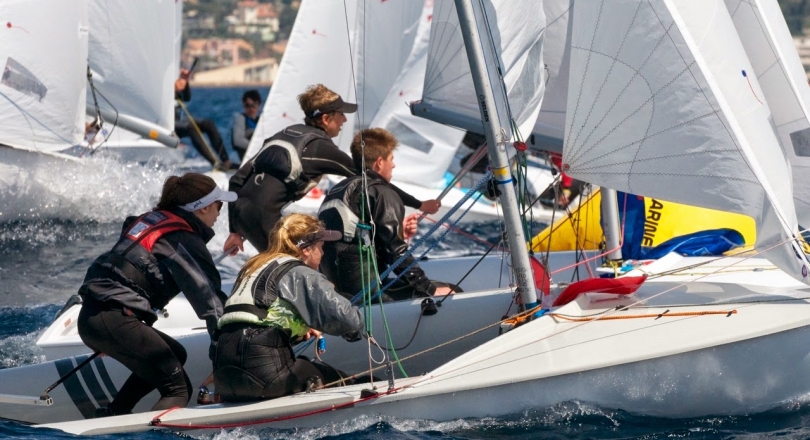 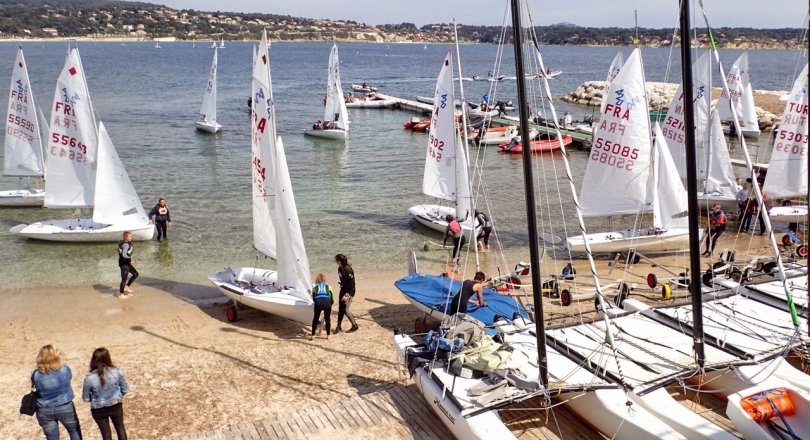 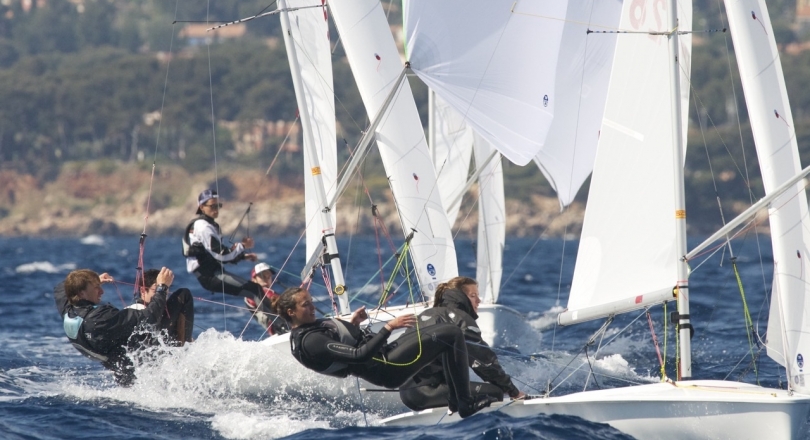 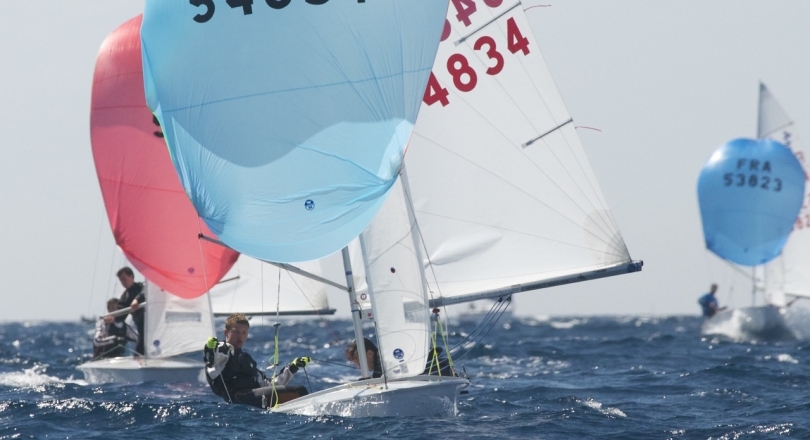 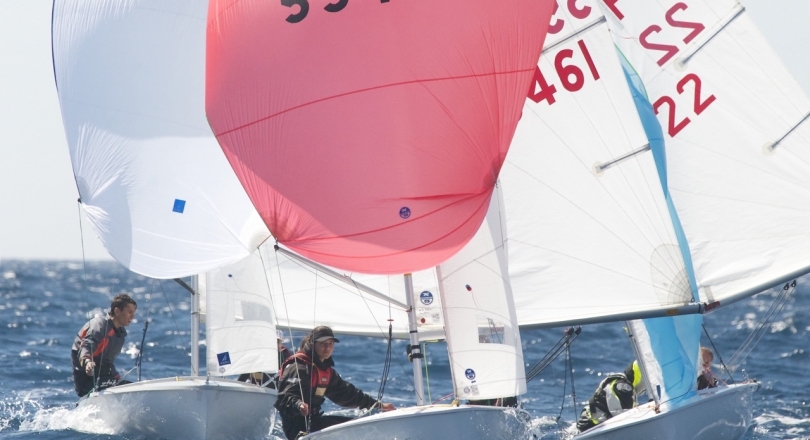 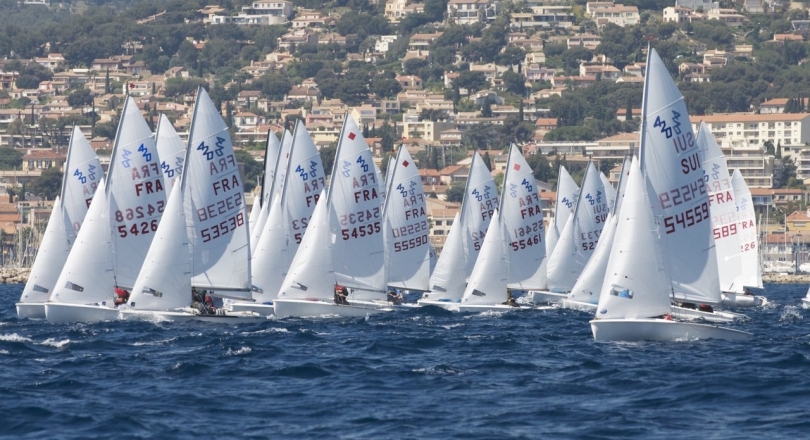 Hosted at Société Nautique de Bandol, the 2015 Coupe Internationale Méditerranéenne de l'Amitié (CIMA) was another benchmark event for an impressive line-up of European 420 talent - with 99 teams of 420 sailing talent on the starting line.

Racing took place from 21-25 April, with a line-up of 99 mainly French teams, joined by a contingent of sailors representing Turkey and Switzerland who also made the journey to Bandol, on France's Mediterranean coast.

Racing got underway slowly, with just one race for both fleets in around 10 knots on 21 April. Race 2  was cancelled due to a massive wind shift in the vanishing breeze.

Day 2 was the perfect demonstration of how well suited the 420 is for equity in sailing between girls and boys, as the leaderboard was owned between both genders for the two races. Light winds again prevailed and were a gift to the boats from the local area, who were super familiar with the conditions.

Racing action heated up on day 3, with a breeze of 11-15 knots shuffling up the leaderboard with three races completed, bringing the qualification series to a close.

Day 4 onwards and the 99-boat fleet were split into gold and silver for the 6-race final series. The best teams were now facing off against each other and the racing strategy changed, as mistakes would be hard to recover from. The breeze had eased of and it was again the light win experts who prevailed. Theo Carayon/Erwan Lucas (FRA) took out two wins on the first day of finals, but followed up with a 19th which brought them back down to reality. More consistent form from Maxime Pedron/Eliott Michal (FRA) with no wins, but just solid sailing kept them steady in the mix with the leaderboard frontrunners. Marina Lefort/Lara Granier claimed the last race of the day, to hold them well inside the top 10 as the top placed girls team.

Three more races on the decisive final day, and series leaders Macime Pedron/Eliott Michal (FRA) knew they had to hold their nerve to hold their pole position in a day of lighter breeze. The pair made it look easy, taking out a consistent 6,4,5 scoreline to win by 15 points over Arnaud Herail/Paco Lepoutre (FRA), with Theo Carayon/Erwan Lucas (FRA) in 3rd.

The girl's leaderboard all finished inside the top 10 overall, led by Marina Lefort/Lara Granier (FRA) who were the top placed girls team in 4th overall, 2nd were Jessie Kampman/Anael Ponthieu 9FRA) in 5th overall and 3rd were Pauline Fauroux/Capucine Raguet (FRA) in 9th overall.