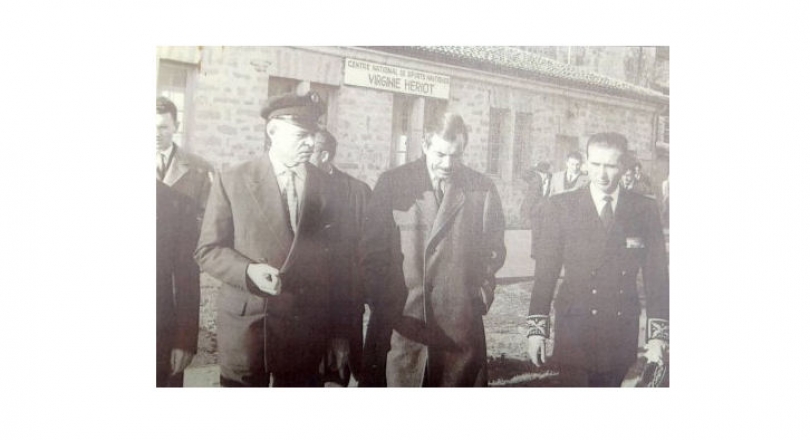 It is with deep sorrow that we announce the death on the 27 May of Aristide Lehoerff, the father of the 420. He died in Ciboure, near of Fort Socoa, where sailed his first prototype, baptized "le Socoa".

The legendary double-handed 420 was designed in 1958 by the French architect Christian Maury, at the request of the sailing school Socoa near Saint-Jean-de-Luz, France. The boat was designed for beginners, based on a specification drawn up by Pierre Latxague and Aristide Lehoerff, who were the chief sailing instructors at Le Socoa.

Aristide Lehoerff arrived in the Basque Country after the Second World War and became a sailing instructor in 1949 Socoa. During his career, he taught more than 10,000 students how to sail. With Pierre Latxague, Aristide Lehoerff was certain that a better boat could be designed, which would be a lot lighter than the wooden sailing school boat that had a tendency to fill with water after boat capsized. And hence the 420 was born.