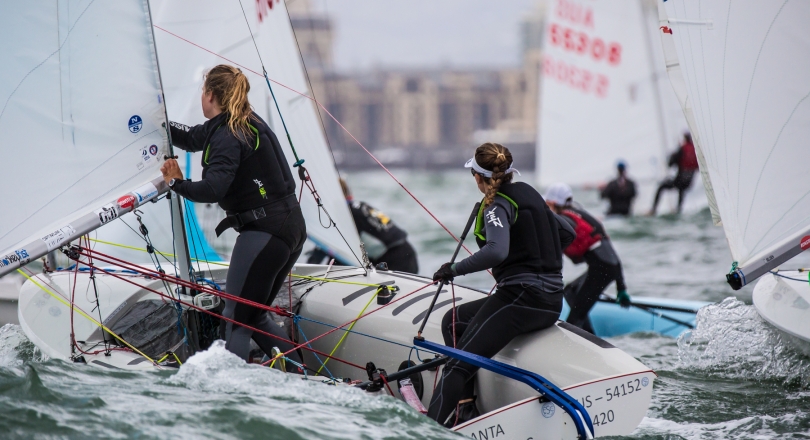 The partnership of Otto Henry/Xavier Winston Smith (AUS) didn't give the other teams much of a look in at the Australian East Coast Championship hosted at St George's River Sailing Club over the weekend of 10-11 June 2017.

Racing out on Botany Bay, challenging winds combined with tide and current kept teams on their toes. A hat trick of wins kept Henry/Winston Smith out front, with their drop off a race win giving second placed Cole Tapper/Tom Green to take the winner's gun in race 4. Third overall to the sibling partnership of Charlotte Griffin/James Griffin.

Eight teams contested the Championship, which featured many new faces who have recently transitioned to 420 sailing.