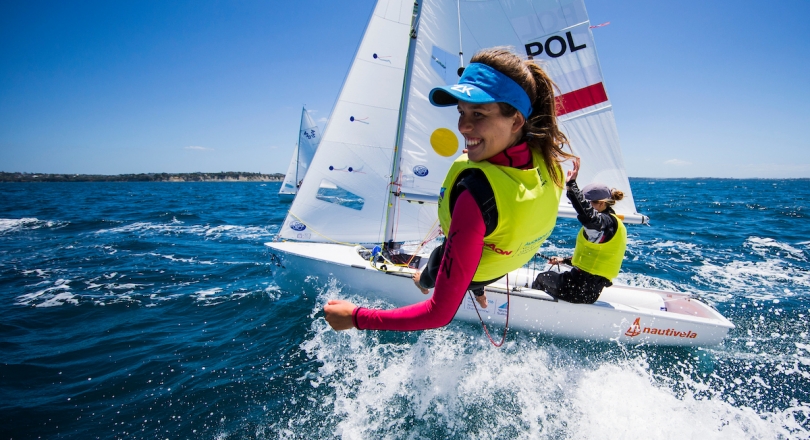 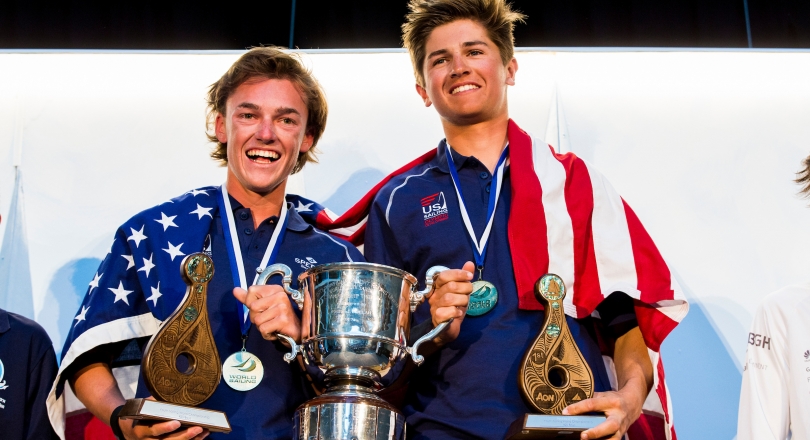 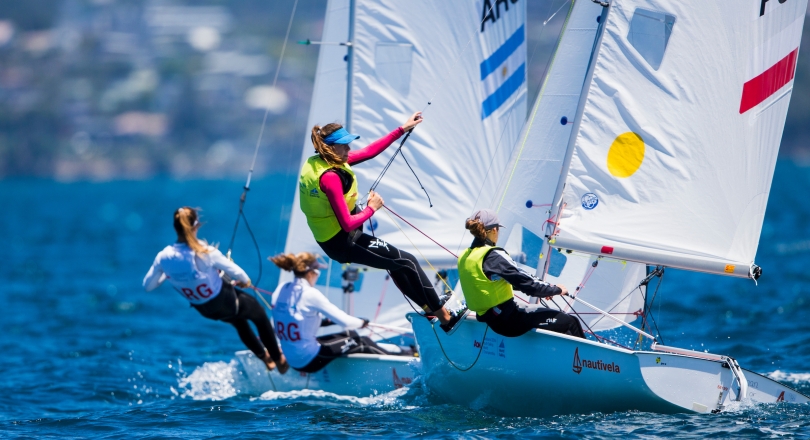 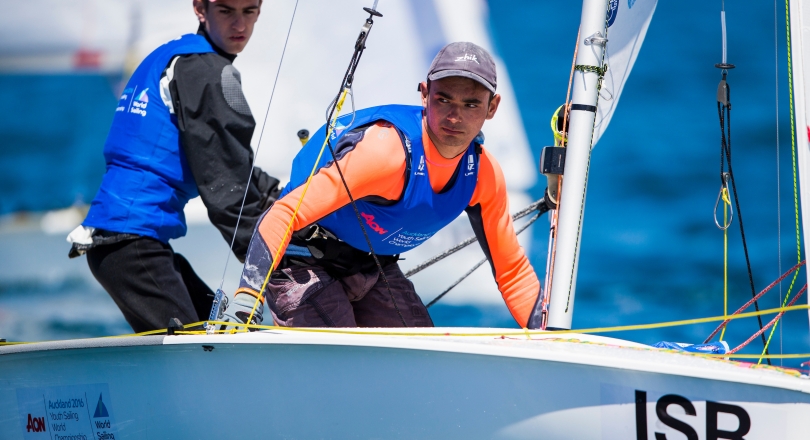 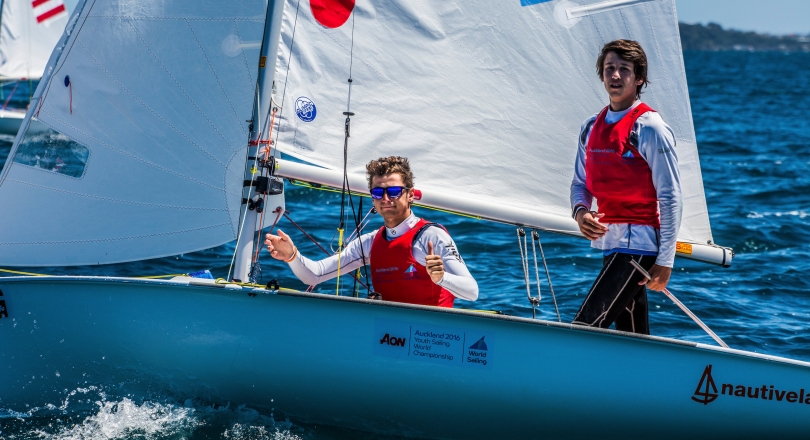 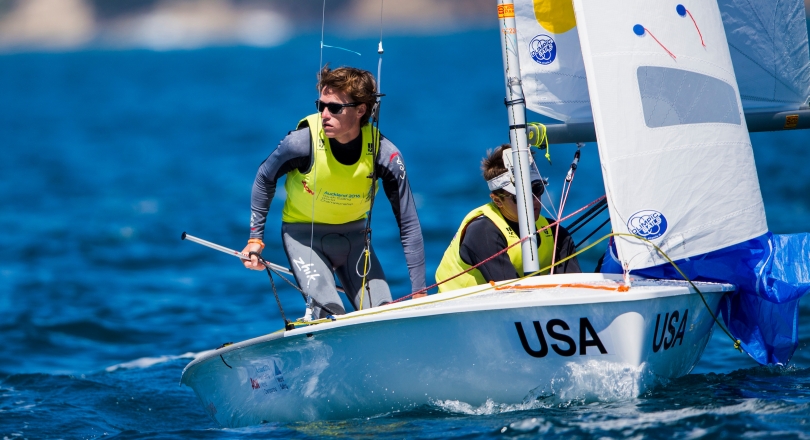 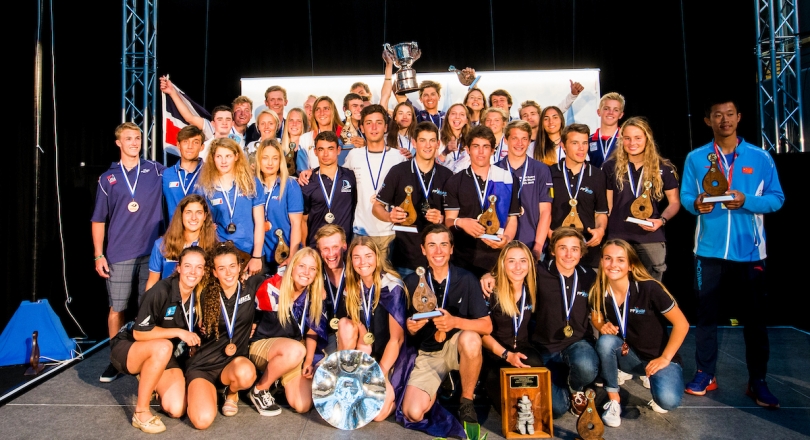 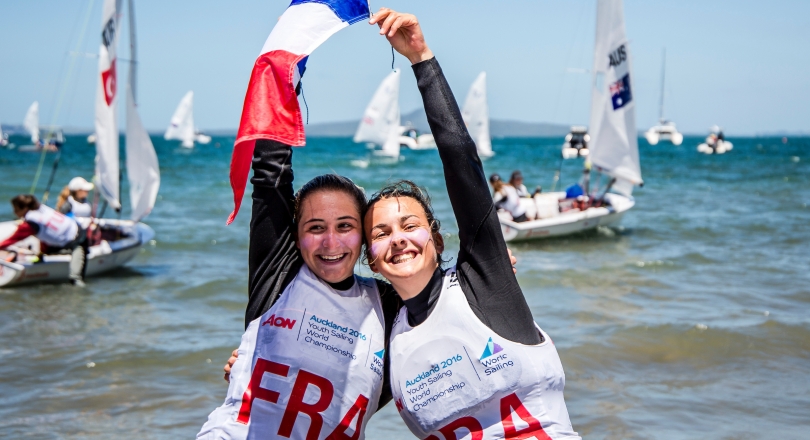 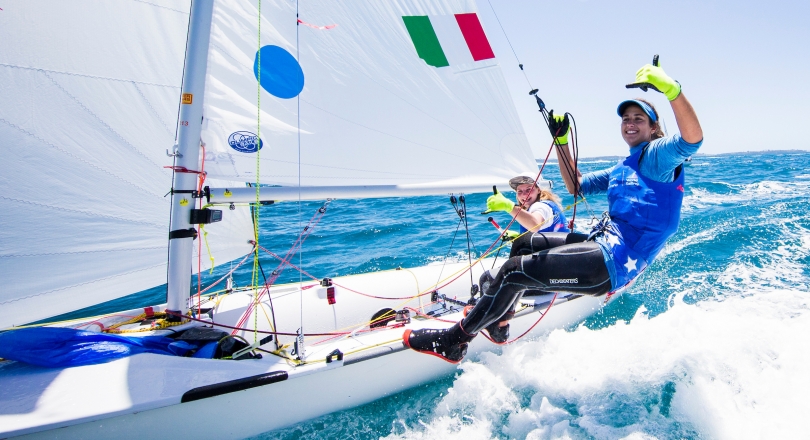 Racing came to a thrilling climax in Auckland, New Zealand as all medals were confirmed in the finale of the 2016 Aon Youth World Sailing Championships

Yesterday, Wiley Rogers/Jack Parkin (USA) wrapped up the gold medal with a day to spare, so today it was all about whether the Polish partnership of Julia Szmit/Hanna Dzik would defend their 420 Girls title and who would take out the rest of the podium place in the boys and girls fleets.

Poland's Julia Szmit/Hanna Dzik took out a second place finish, which was more than enough for the pair to successfully defended their girl's 420 title on a 12 point margin. The Polish duo were top leading in to the final race and never looked like coming away with anything other than gold.

Winning for the second year in a row, the Polish girl's felt they had something to show the world, "We proved that we are good. We won last year and this year helped to prove we are good,” Szmit said emphasizing her point.

Alexandra Stalder/Silvia Speri (ITA) claimed silver when they crossed in sixth and finished on 38 points. Although France's Violette Dorange/Camille Orion finished above the Italians in fourth they could not overhaul the points deficit and had to settle for the bronze medal.

Israel and Argentina were fighting for silver in the boy's 420 as USA's Wiley Rogers/Jack Parkin already had the gold in the bag from the previous day. It was Ido Bilik/Ofek Shalgi (ISR) who took the silver in style from their Argentinean rivals Fausto Peralta/Martin Arroyo Verdi with a bullet in the final race. Peralta/Verdi had to settle for bronze.

Italy claimed the honour of top-performing nation and with it claimed the prestigious Nations Trophy. Italy claimed the honour for the third time in the history of the award, finishing just six points ahead of Great Britain in second. The team of 14 sailors took to the stage, passionately singing their national anthem to hundreds in attendance. Great results from the Italian 420 sailors contributed to Italy's dominance.

Take a watch of the Closing Ceremony:

Information on how to follow the event is below:

PRESS RELEASES
World Sailing will be releasing international press releases after racing throughout the duration of the Youth Worlds. All the latest news and reports will be available to read here - http://www.isafyouthworlds.com/home.php

PHOTOGRAPHY
High resolution imagery free for editorial usage will be provided throughout the Youth Worlds by Sailing Energy. Imagery will be available to download via - http://worldsailing.photoshelter.com/gallery-collection/2016-Auckland-New-Zealand/C0000lLWadd27MCU. The password to download is WSimages

TELEVISION
Racing and action shots plus interviews in English and native language will be available daily on the FTP server from Friday 16th December-Tuesday 20th December.
For further information please contact: richard.aspland@sailing.org / marketing@sailing.org

LIVE BLOG
Follow the Youth Worlds through our live blog which will have regular updates from around the boat park and on the water. You can find the blog at http://www.isafyouthworlds.com/multimedia/live_blog.php 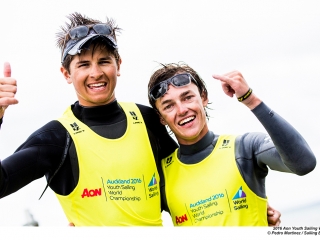 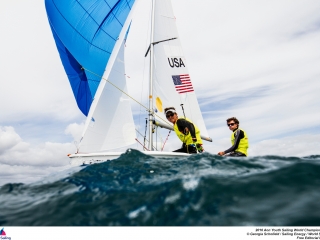 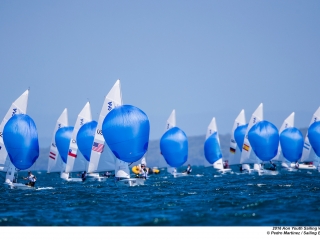 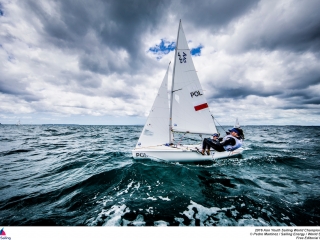 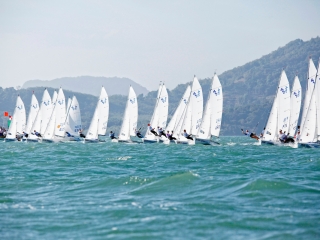