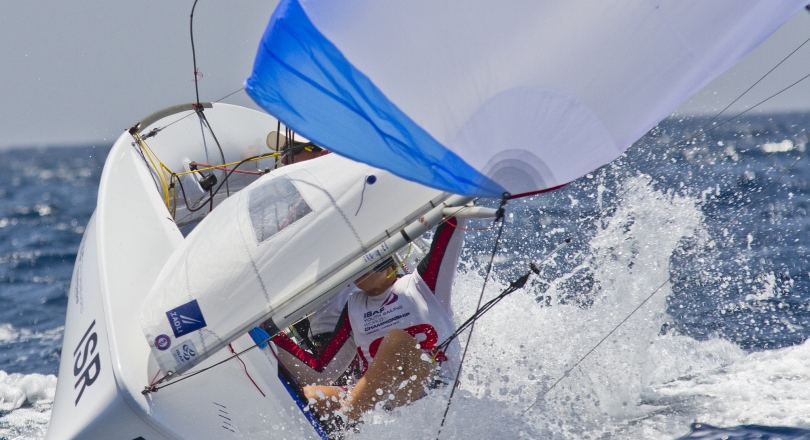 After a slightly calm morning the breeze kicked in mid-afternoon allowing a full complement of races across the eight events.

The 367 sailors from 67 nations were spoilt by the Portuguese conditions with a breeze that varied between 12-15 knots coming in consistently from a south westerly direction.

Silvia Mas and Marta Davila got off to a steady start in the 420 Girls and lead by one point over Germany's Theres Dahnke and Birte Winkel.

The Spanish pair took a third and a sixth in the sunny Portuguese conditions and have strong vibes from the event in its early stages, "We are feeling fast and we've good feelings in the boat," said Mas. "The competition is very strong with a very high level. The best people from each country are here and we will just have to see what happens. I'm very happy because everything is going good."

420 Girls race wins went the way of Poland's Ewa Romaniuk and Katarzyna Goralska, who are third overall, and Germany's Dahnke and Winkel.

Japan's Ibuki Koizumi and Kotaro Matsuo had a sublime start in the 420 Boys fleet and with a second and a first they have a four point advantage over the chasing pack.