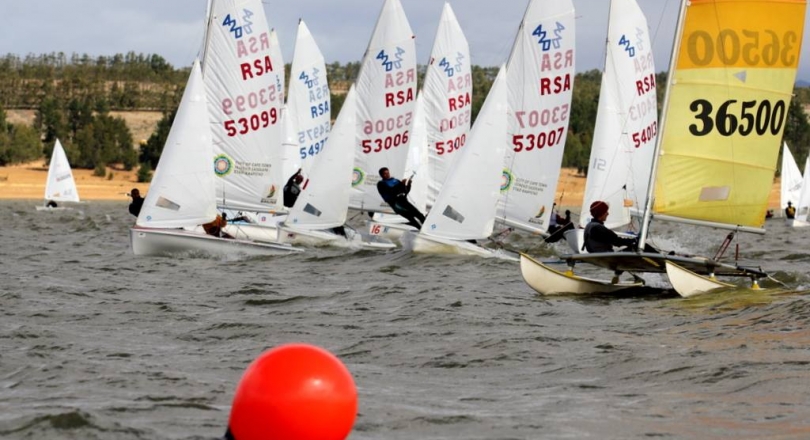 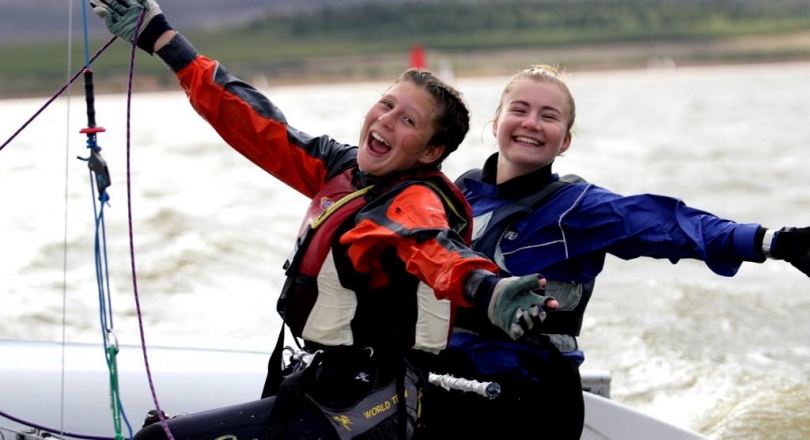 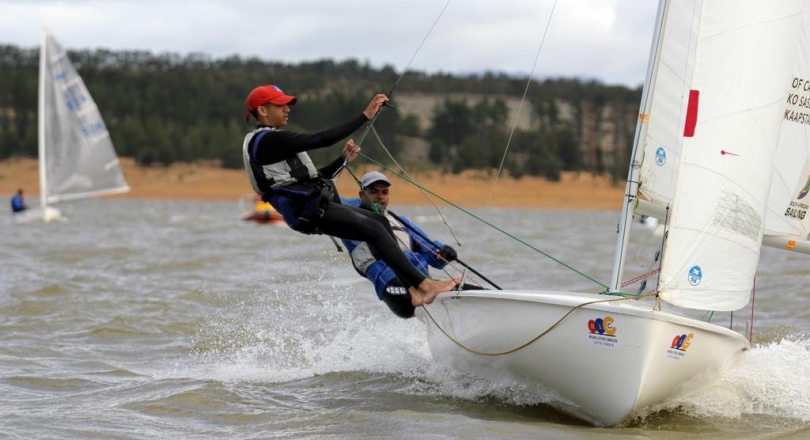 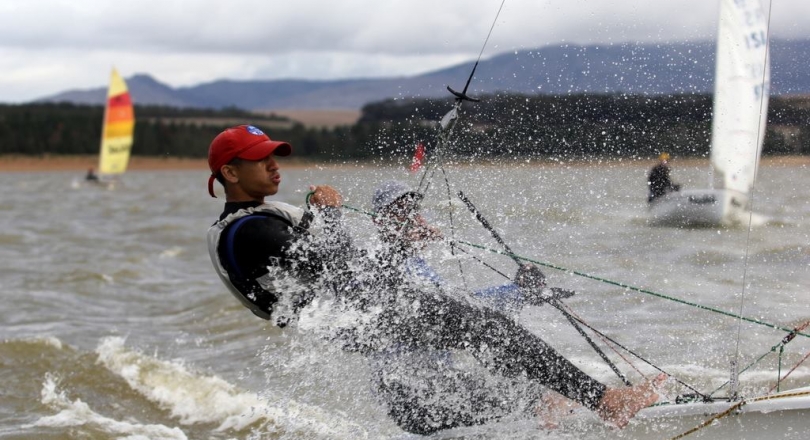 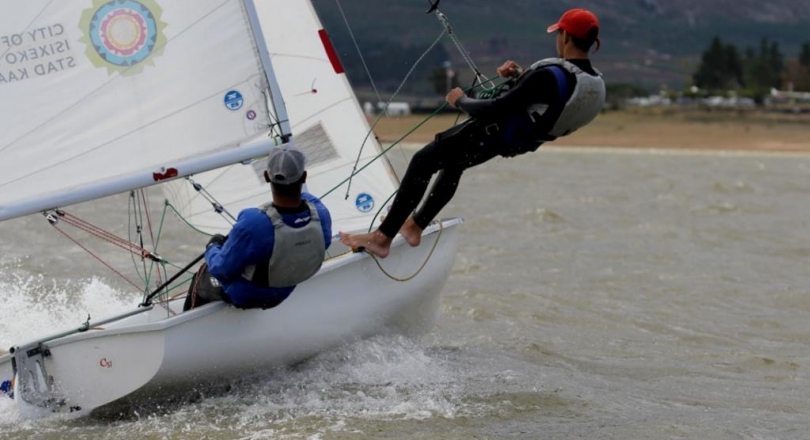 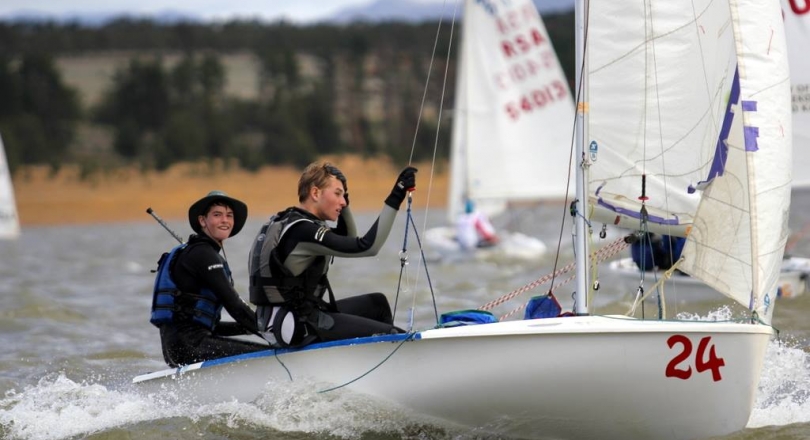 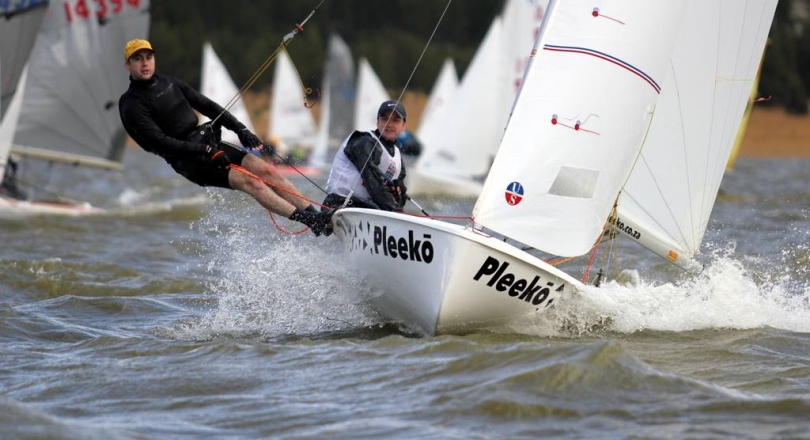 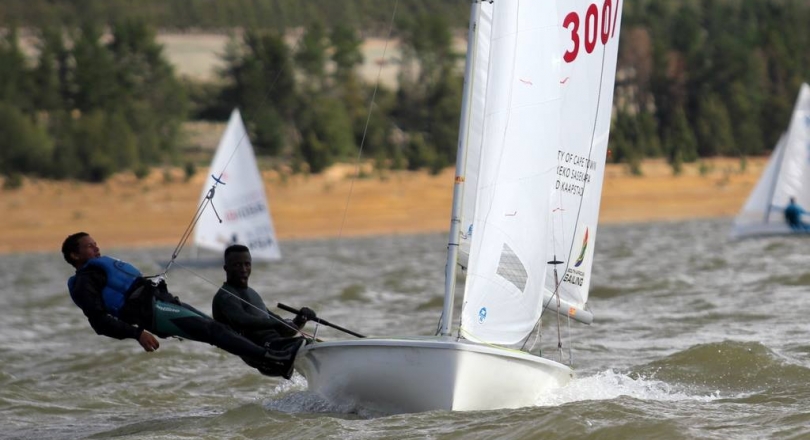 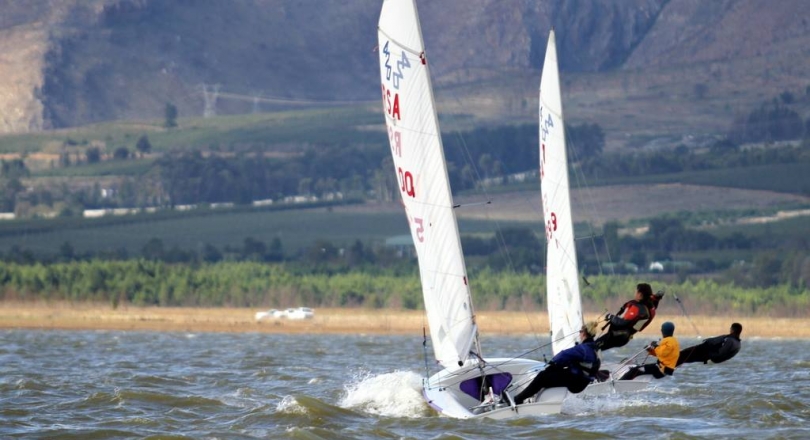 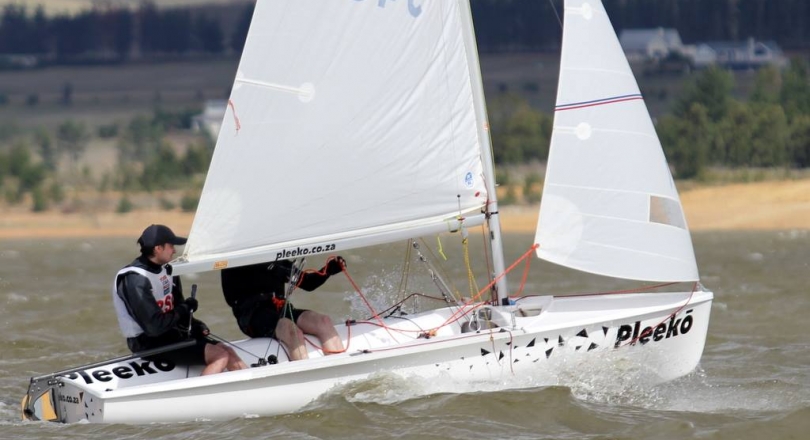 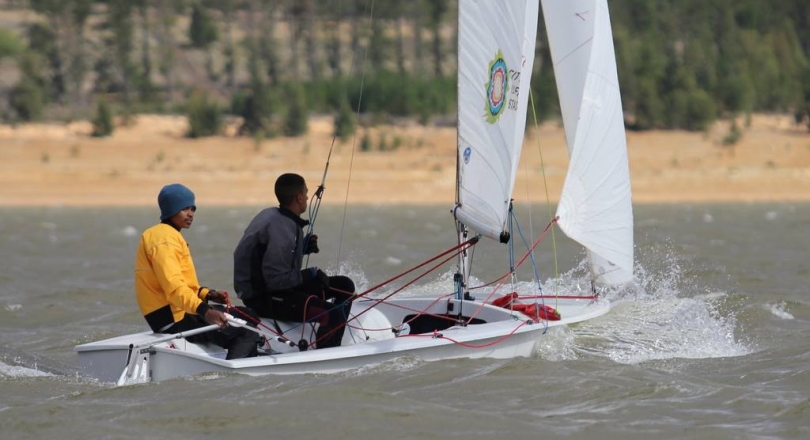 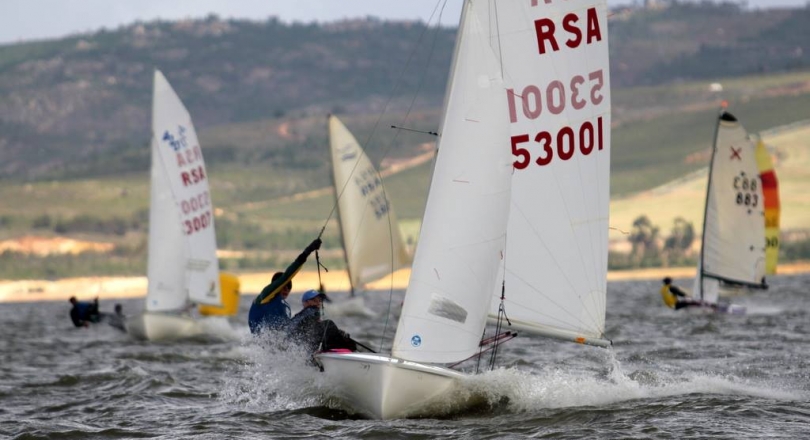 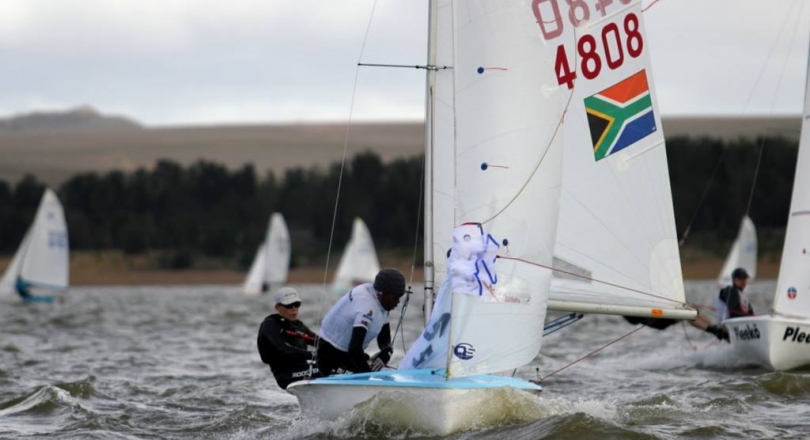 The 2019 South African Western Cape Provincials were held at Theewater Sports Club from 19-22 April, with multiple classes competing including the 420.

Some exciting weather tested everyone across the 9 race series. The third race of the first day had to be abandoned because of a sudden 30 knots squall which hit the race track. It did not last long, but whoever didn’t make it back to the club swiftly ended suffering some damage. There were quite a few torn sails and boats washed up on the far shore that took a few hours to be retrieved. The next morning saw teams swapping, lending and borrowing spare equipment from fellow competitors in order to make it to the next start.

There were a few protests and requests of redresses throughout the event, and until the end of the very last race it was impossible to say which of the ten 420 teams would win the title.

In the end, as always, consistency paid out. Ross MacKinnon/Alex Falcon won the title with a string of second places, their discard being a 3rd. Second placed, the Vivier brothers, Eban and Johan, had more bullets than the winners, but for them and the third placed team of Matt Ashwell/Rivaldo Arendse had four race wins, their other somewhat erratic results relegated them further down the leaderboard.

The sailors of Izivungu (the local non-profit organization based in Simon’s Town that teaches sailing to underprivileged youth), Kenwin Daniels/Sabata Gayeka, had a shaky start and then leveled on constant 4th places. This also turned out to be their final overall placing on the results sheet.

Competition was fierce throughout the event, and nobody let a single point go without a fight.