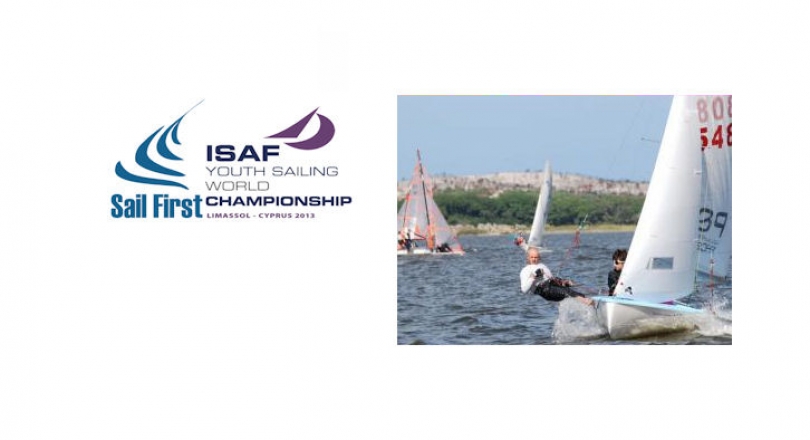 Alex Burger, Brent Hayward, Daniel Lawrence, Marcello Marcia, Ryan Robinson, Dominic van der Waldt and David Wilson will be flying the flag for South Africa in Limassol, Cyprus under the guidance of coach Rob Holden from 11-20 July in the world’s leading youth sailing event which has been held every year since 1971.

“Making The Youth Worlds has been one of my ambitions. It was always a stepping stone which I had to reach. Now that I have actually made it to the top level of junior sailing I can really take my gloves off and give it a go,” said Robinson who hails from the unlikely sailing location of Carltonville.

“But this will be the biggest so far,” he admitted. “I hope to do the best that I possibly can and gain as much knowledge and experience as possible."

As for which of the 61 competing nations is likely to present the stiffest competition, Robinson added: “Competition, psssh what competition? Just kidding, I’m not sure what faces us when we get there but I will be sure to do my best, with whatever comes my way. It’s really a great honor to represent one’s country, especially one as great as ours. I am privileged to do so.”

Robinson will be competing in the 420 Dinghy Boys class alongside teammate Dominic van der Waldt in these Championships, which aim to develop youth sailing around the world. Many an eventual Olympic champion first emerged at this event with past winners including Britain’s four-time Olympic gold medallist Ben Ainslie and Brazil’s Robert Scheidt as well as New Zealand’s America’s Cup winning skipper Russell Coutts.

Robinson has similar ambitions in mind. “I hope to go as far as I possibly can, maybe a Youth Worlds medal, maybe an Olympic medal. I will carry on competing until I reach these goals or until the point that I no longer enjoy it because once the enjoyment is out of it there is no point,” he reckoned.

Racing in Cyprus begins on July 15 with the Opening Ceremony scheduled for the day “We congratulate this team on their selection and wish them the best of luck at the event,” said Chairman of South African Sailing Mike Dixon. “The youth team obviously represent the future of sailing in this country and we are excited to see what they can do as they compete on the world stage.”