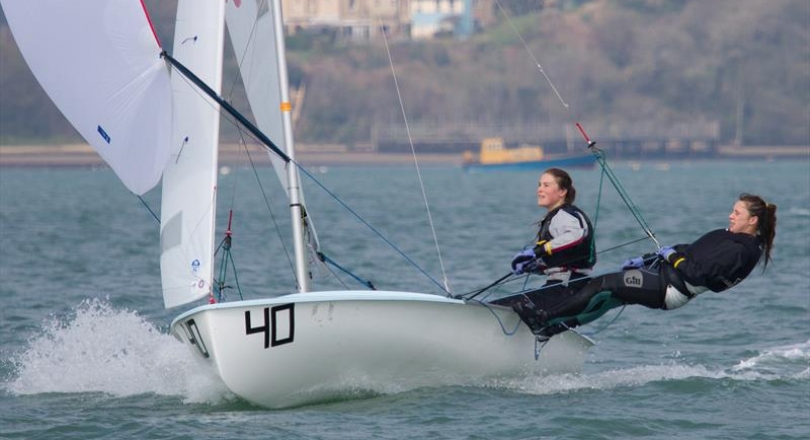 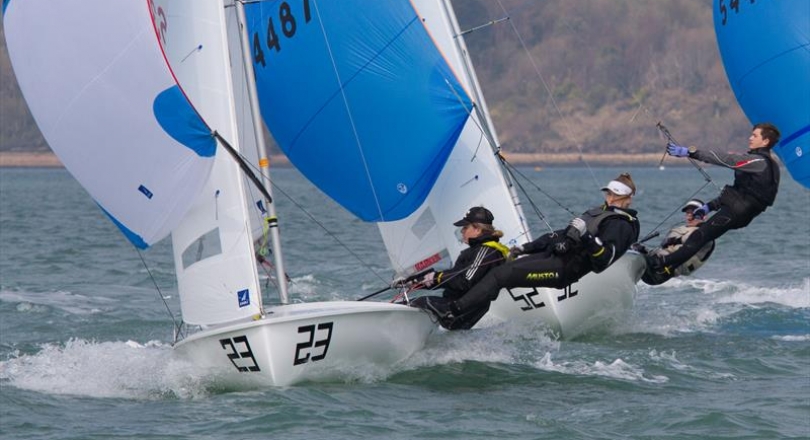 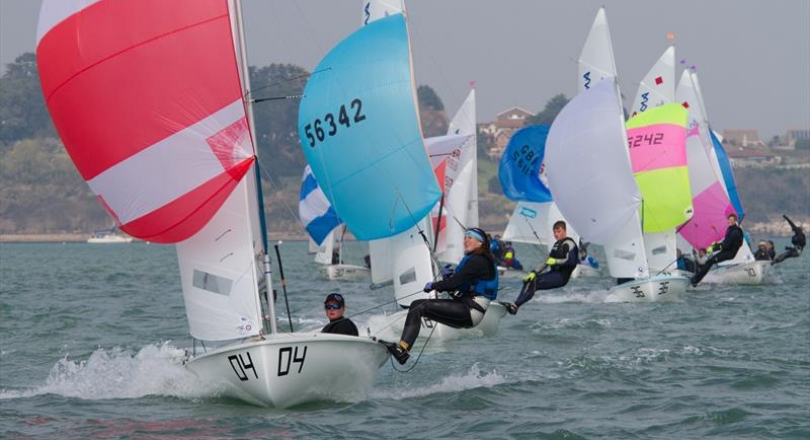 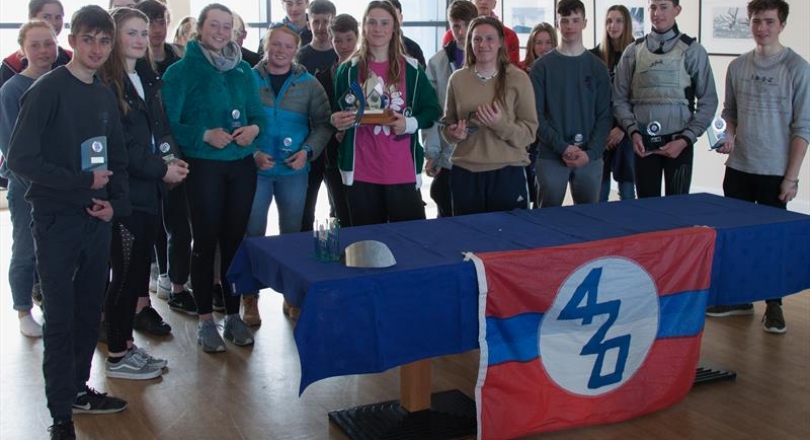 Held from 6-7 April 2019, conditions on Saturday on shore were described as 'sunscreen and two fleeces', but out on the water the breeze kicked in and the sea fret lifted to allow Stog and his team to get four races run with super efficient timing ensuring that there were none of those long waits between races which chill everyone down.

With this being the second selector for the 2019 420 Junior Europeans and 420 World Championship teams competition was always going to be tight and the racing showed that throughout the weekend. Haydn Sewell/William Heathcote took race one, followed home by Jess Lavery/Boo Coles and Jamie Cook/Will Martin. Race 2 saw Vita Heathcote/Milly Boyle hit the front of the fleet, chased home by Eleanor Keers/Faye Chatterton with Calum Cook/Calum Bell in 3rd. Heathcote/Boyle kept their winning pace for Race 3, with Cook/Martin in second and Sewell/Heathcote in 3rd.

Sunday's weather was much the same as Saturday and although forecast to be lighter winds in reality it seemed pretty much the same at the start. Some fairly big shifts in the direction kept Stog and his mark layers busy, with marks being bounced in between some very entertaining orders for coffee!

Keers/Chatterton took races 5 and 7 with Sewell/Heathcote bagging race 6. Lavery/Coles grabbed 2nd place in race 5 but the consistency of Heathcote/Boyle with a 3rd in race 5 and 2nd places in races 6 and 7 gave them the overall win. Lewis/Hemmings banged in another 3rd in race 7.

A great weekend, and now the fleet looks forward to yet more time on the water with a record entry for the RYA Youth Champs guaranteeing that WPNSA will be packed to the brim from next weekend. A fun fair sited just beyond the Osprey Quay complex will no doubt provide a lot of evening entertainment. Game on!