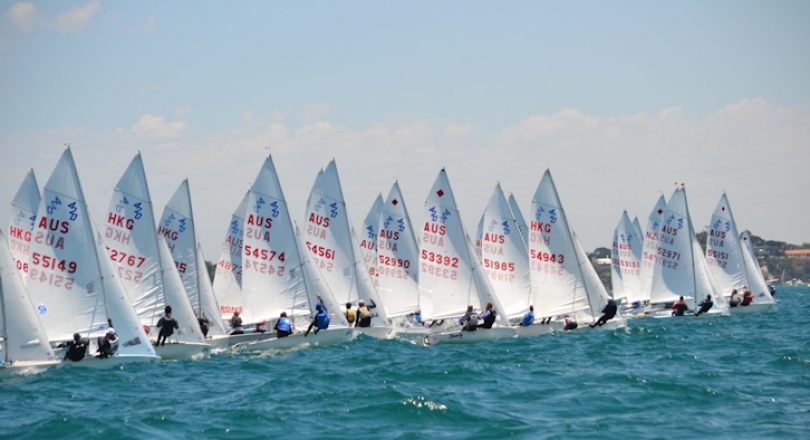 Congratulations and well done to all sailors who took part in the 2013/14 Australian International 420 Championships at Sorrento Sailing & Couta Boat Club in Victoria on Port Phillip Bay from 26 December 2013 to 2 January 2014. The event attracted an outstanding field of 44 entries, with nine teams from New Zealand and Hong Kong also competing.

The strong team from Western Australia carried off a lot of the silverware at the presentation dinner, with Emerson Carlberg and Lachlan Gilmour from RFBYC/WAIS sailing 'Affordable Sophistication' crowned as 2013/14 Australian International 420 Champions. After two race discards, the pair's scoreline was all top 8 finishes to give them a 3 point margin for glory.

Runners up in 2nd place after a very closely fought battle in race 12 were Xavier Winston-Smith and Joshua Dawson from MHYC in Sydney sailing 'Selden for Sailing' and in 3rd place overall were Sam Barnett and Zak Merton from New Zealand.

The third placed Australian team was James Hodgson and Klaus Lorenz from RQYS in 'Rockstar', who are fresh from spending three weeks training in Myanmar. The first girls team was Nia Jerwood and Lisa Smith in 5th place overall.

The Championship was an important milestone for the rapidly expanding fleet of International 420s based in Victoria and other states of Australia. The next Australian Championships will commence on 26 December 2014 at Fremantle Sailing Club, the venue for the 2011 ISAF World Championships.

For further news on International 420 action in Australia see: www.facebook.com/vic420association