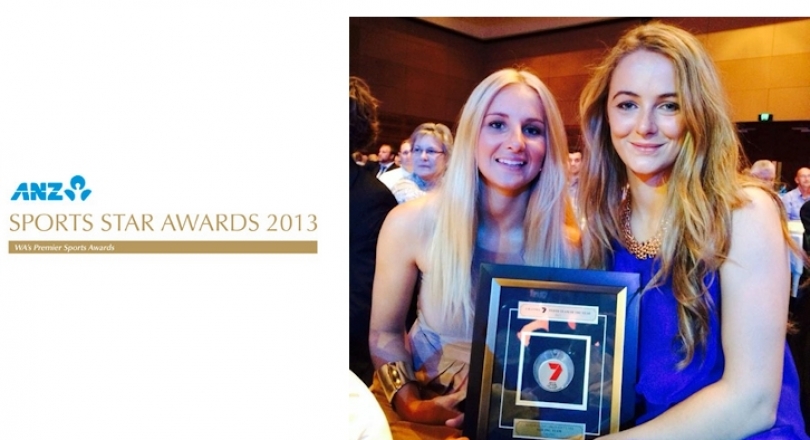 Congratulations to 420 sailors Carrie Smith and Ella Clark who earlier this year won the 420 girls event at the 2013 ISAF Youth Worlds and on Monday 16 December were awarded the Channel 7 Perth Team of the Year at the ANZ Sports Awards.

The ANZ Sports Star Awards are Western Australia’s premier sports awards and enable the Western Australian community to recognise excellence in sport and celebrate the achievements of WA sportspeople. The pair were initially up against a long list of nominated athlete, ahead of the final shortlist being announced which saw them in contention for the Award along with athletes from wheelchair basketball.

About the Sports Star Awards 2013
Visit