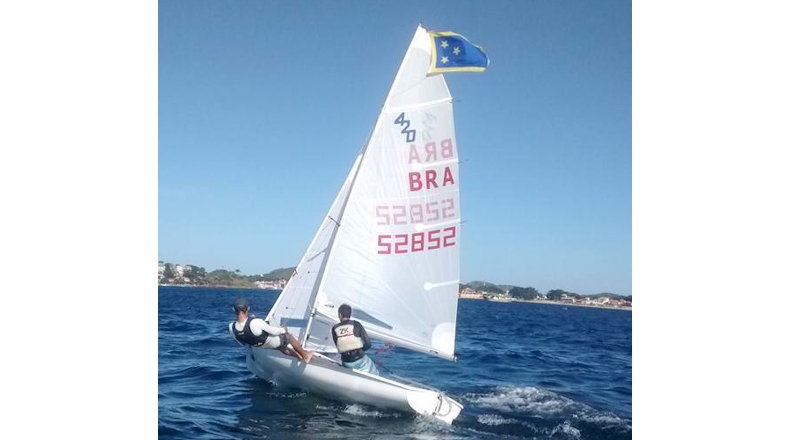 Twelve 420 teams descended on Buzios Sailing Week in Brazil, an annual event for a range of different classes. Amongst the 420 line-up were three teams who are training for the 2015 420 Worlds in Japan, with the others all focused on improving their performance to be in the running for selection to represent Brazil at the ISAF Youth Sailing World Championships in Malaysia.

This news belongs to
2015 Buzios Sailing Week
ALL EVENT INFORMATION

The 420s joined the regatta for the final two days, 6-7 June, and in a showcase of world class competition, Leonardo Lombardi/Rodrigo Luz, from Iate Clube do Rio de Janeiro dominated the leaderboard from start to finish of the 8 races series. A continuation of form, which saw this winning partnership finish 3rd at the 2015 South American Championship earlier this year.

Their focus was not on winning every race, they won 2 of 8, but to manage the competition and limit any mistakes. Going into the last day, there was still a chance for Pedro Correa/Philipp Essle (Yatch Club Santo Amaro-SP) to oust their rivals. Correa/Essle started strong, winning the penultimate race 7, which put them in with a shout at overall victory. The challenge proved too tough though, as they would need to win the final race and Lombardi/Luz would have to finish outside the top four teams.